With the maze of confusing guidelines and messaging of how to vote constantly in flux, this guide serves as a cliff notes version with everything you need to know. Information is divided by the state you will vote in. There also are links to the forms you need and to local election offices on both sides of the state line to find more information.

The main date you need to know is the General Election day, which is Nov. 3, 2020. We’ve also provided important dates by state. Voters are encouraged to act quickly and not push deadlines.

• Voter Registration Deadline: Online and by mail, (must be postmarked by the deadline date) Tuesday, Oct. 13

• Request an Advance/Mail-In Ballot: by Tuesday, Oct. 27 at 5 p.m., however, the League of Women Voters of Johnson County recommends requesting by or before Oct. 6.

• Vote early, in-person at one of the several advance voting locations in Johnson and Wyandotte counties: Begins Oct. 19.

• Return Completed Absentee/Mail-In Ballot: Drop off or mail your completed advance/mail-in ballot on or before Nov. 3 (mailed ballots must be postmarked by 5 p.m. on Nov. 3). Click here for more information.

• Voter Registration Deadline: Online, by mail or in-person (must be postmarked by deadline date) Wednesday, Oct. 7

• Deadline to Return Completed Absentee/Mail-In Ballot: Postmarked on or before Nov. 3, 7 p.m.

Absentee voting provisions were first officially added in 1864. The temporary measure was added so that Civil War soldiers could vote from the battlefield, available only for the duration of the war. Fast-forward to 1918, Congress passed another temporary amendment to make a way for World War I soldiers who were physically unable to vote while they were deployed, according to the Massachusetts Institute of Technology’s Election Data Lab.

This wouldn’t be addressed again until 1932.

“The 1932 amendment allowed the General Assembly to enact legislation establishing absentee voting privileges for individuals who could not appear at the polls because of absence from their city or town, sickness, or physical disability,” according to a 2012 report.

Throughout the years, the practice of voting by mail has become a contentious point of discussion with some states allowing absentee voting without an excuse such as illness and other states who require an excuse, and a notary. 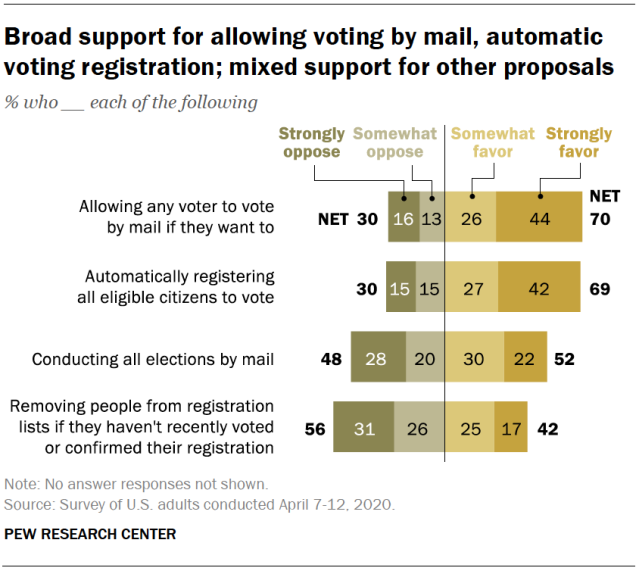 By now, anyone who requested an advance ballot should have received one in the mail.

If you haven’t already, any Kansas resident can request an advance or mail-in ballot. They should contact their county election offices, according to an earlier Flatland report. To get county-specific information, click on this Google Doc by the League of Women Voters.

Mail-in/absentee ballots need not be notarized in Kansas. However, it is important to note that these forms must be signed and either faxed or mailed, so stock up on your favorite stamps.

Teresa Briggs, who is the co-director at the League of Women Voters of Kansas, said it’s important to know that once you request an advance ballot, you cannot vote in-person.

“You’re marked in the book as ‘advanced ballot’ so if you don’t want to vote advanced, don’t request it,” Briggs said.

Remember that the ballots must be postmarked on or before Election Day and received no later than three days after the election. Find your local election office here.

Back in June, we spoke with Denise Lieberman, general counsel at the Missouri Voter Coalition. In Missouri, mail-in ballots in the time of COVID-19 have a few restrictions.

In an email, Lieberman wrote: “A new law is now in effect that expands options to vote absentee or by mail:

She provided this step-by-step guide on how to vote mail-in or absentee ballots:

DEADLINE: Your completed ballot must be RECEIVED by the election authority by close of polls on Election Day.

How To Vote – Snail Mail, Drop-Off or In-Person

To vote in person, what do you need to bring and what should you expect? Is there another way to ensure your mail-in ballot is counted? Here’s what you need to know.

Early voting is open from Oct. 14 through Nov. 2 at noon.

Identification is required in Kansas for those who go to the polls to cast their ballot. There are a few exceptions, which include voters with religious objections (they must sign the Declaration of Religious Objection form: click here to download the form), permanent advance voters (e.g. people with disabilities or illness), and military and overseas families.

For those without the aforementioned photo IDs, Briggs said voters have until the Friday after election day to provide proper identification and prove their identity. They’ll be given what’s called a “provisional ballot,” which – according to the National Conference of State Legislatures – “ensure that voters are not excluded from the voting process due to an administrative error.”

“If they do have to vote with a provisional ballot they should be given a note with information on (what to do). If not, you should ask for it,” she said. “They have to follow all the necessary steps so that (their) vote counts.”

You can vote in-person, just be sure to mask-up and adhere to the six-foot-distance guidelines. If you prefer to vote absentee/mail-in you can drop it off at the Post Office or at the Local Elections office.

The provisional ballot applies in Missouri as well. As a refresher, this happens when there is “uncertainty about a voter’s eligibility—the potential voter’s name is not on the voter rolls, (or) a required identification document isn’t available or other issues,” according to the NCSL.

For those who vote with absentee/mail-in ballots, be aware of the postmark deadline, Denise Lieberman says.

“If you’re like most people and send it the day before election day, it won’t be counted if it doesn’t arrive in time,” Lieberman said.

You can vote in-person, and the rules are the same as they are in Kansas – wear a mask and remain six feet away from people around you. If you’re voting absentee, bear in mind that Thomas Marshall, general counsel and vice president of the U.S. Postal Office, advised folks to send in their ballots at least two weeks before election day.

In a letter to Missouri’s secretary of state Jay Ashcroft, Marshall wrote: “We recommend that voters who choose to mail their ballots do so no later than Tuesday, October 27.”

Correction: An earlier version of this excluded details about how to submit mail-in/absentee ballots. The current version includes detailed information from Amber Stenger, co-president of the League of Women Voters of Johnson County.

'Trying to silence our collective voice'