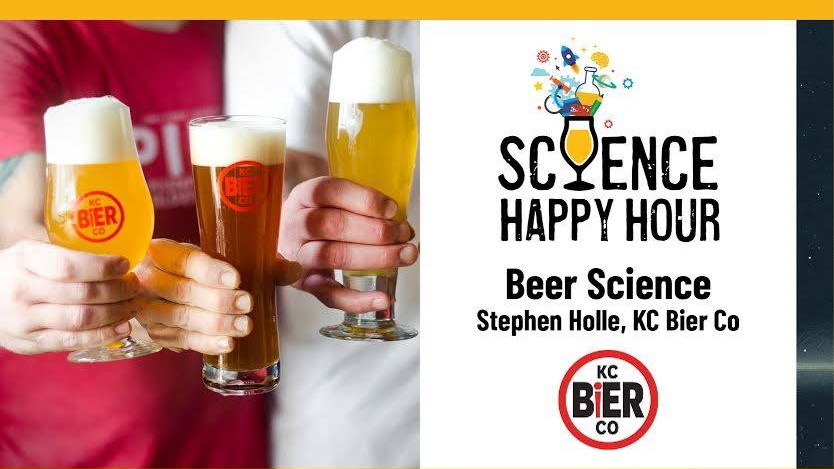 Learn about humankind’s primordial connection to beer by heading over to Museum at Prairiefire, 5801 W. 135th St. in Overland Park, for Science Happy Hour this Wednesday, Nov. 20. With beer in one hand and an expansive knowledge of beer in the other, Stephen Holle from KC Bier Co. will be exploring questions about the history, science, culture and politics of beer.

If you’re up for a beer adventure, make the short trip to Fields and Ivy Brewery, 706 E. 23rd St. in Lawrence,  for an incredible selection of beer. A current favorite of mine is their Sale Barn (7.3% ABV, 32 IBU). This citrusy saison has strong notes of clove, lime and lemongrass and pairs wonderfully with their chicken wings!

Fields and Ivy Brewery’s Breezedale Hazy IPA (7.3% ABV, 45 IBU) is exactly what you want from an IPA, a fistful of hops that doesn’t drown out an IPA’s flavor profile. Instead, this beer is a delicate balance of hops, grapefruit and small hints of kiwi.

For a truly magnificent six-pack that will wow anyone with penchant for bourbon, try Boulevard Brewing Co.’s BLVR&D Barrel-Aged six-pack, which includes a mix of three highly drinkable and complex barrel-aged brews. Their Whiskey and Cabernet Cask Imperial Stout (12.5% ABV, 28 IBU) has strong notes of black strap molasses on the front end, with dark chocolate bitterness and fig on the finish.

Class is officially in session this Wednesday in Overland Park. Why, you ask? Because Barley’s Kitchen + Tap, 11924 W. 119th St. in Overland Park, is hosting Beer School! Keely Kromat from Left Hand Brewing Co. in Longmont, Colorado, will be schooling the public on nitro beers. For $15, you get beer knowledge, the chance to try some of Left Hands Brewing’s delicious offerings, and a pint glass!

Do you like burgers? Do you like a solid excuse for eating a delicious burger and drinking delicious beer? Of course you do! Brewer’s Kitchen, 3107 Gillham Road in Kansas City, is previewing a seasonally-appropriate burger during their Holiday Kickoff this Friday. Causal Animal Brewing Co. will be featuring a limited keg-tapping that is sure to blow your mind!

Boulevard Brewing Co., 2534 Madison Ave. in Kansas City, will be hosting Beer Hall Bingo this Sunday. Try out some of Boulevard’s tasty beer offerings, all while playing bingo!