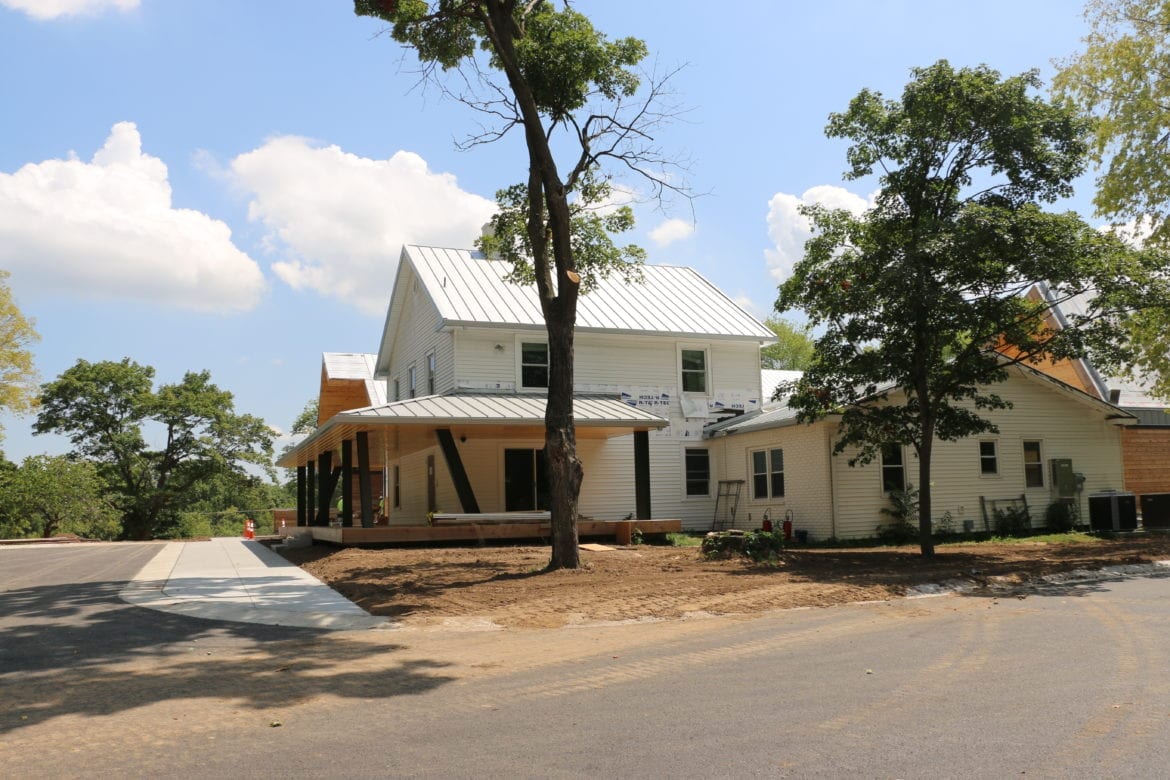 Synergy Services, a nonprofit based in Parkville, Missouri, has renovated and added on to this old home in the Northland for a new center serving abused or neglected children. A retired Clay County judge donated the home and grounds to Synergy not long before his death in 2008. (Photo: Kelly Cordingley | Flatland)
Share this story

A Northland organization that serves victims of abuse and neglect is poised to open an enlarged children’s emergency shelter, a project that comes with a backstory of success, generosity and a few ruffled feathers.

Synergy Services plans to open its new children’s center at 2501 N.E. 46th St. in Kansas City, North, on Oct. 13. The center will nearly triple the capacity of its current facility, which is attached to Synergy’s domestic violence shelter in Gladstone.

Opening of the 14-bedroom center will complete a project that started taking shape a few years ago and culminates a yearlong renovation and construction project. The facility is geared toward stays of no more than a month for children 6 and younger.

The $3 million children’s center project comprises nearly half of a the money Synergy raised in a 2014 fundraising campaign. The remaining $4 million is earmarked for upgrades to the domestic violence shelter, SafeHaven, which will be expanded from 32 beds to 40 beds once the children’s center moves to its new location.

“I’m really glad to be a part of [this],” said Synergy’s Associate Executive Director Dennis Meier. “We’re lucky here in Kansas City because we have great support for our youth campus, and we’ve had great support to build this.” 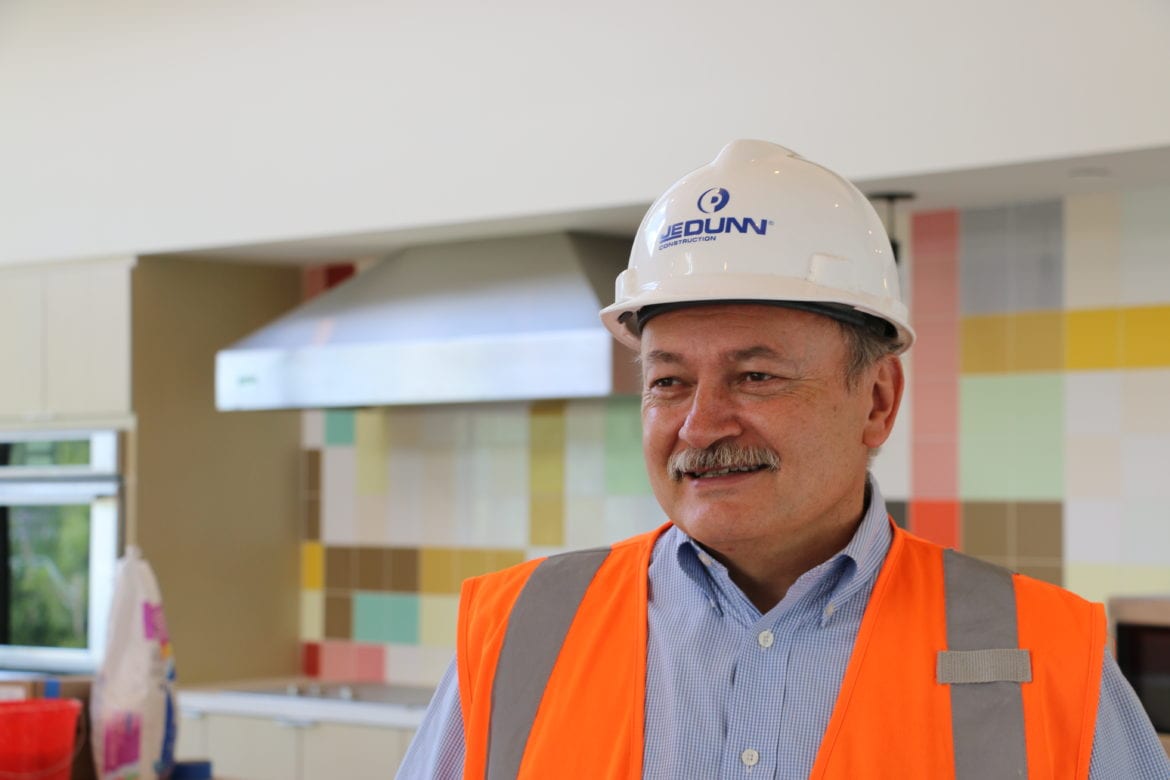 For Synergy officials, there is a clear need for additional crisis beds. With its current capacity, the organization turns away nearly 250 children every year because of lack of space.

Meier said he expects it will take only a matter of weeks to fill the new children’s center once it opens, offering a feeling of home to abused or neglected children.

To that end, the new center features indoor and outdoor play areas, quiet spaces, colorful bedrooms and floor-to-ceiling windows that look out on the property. 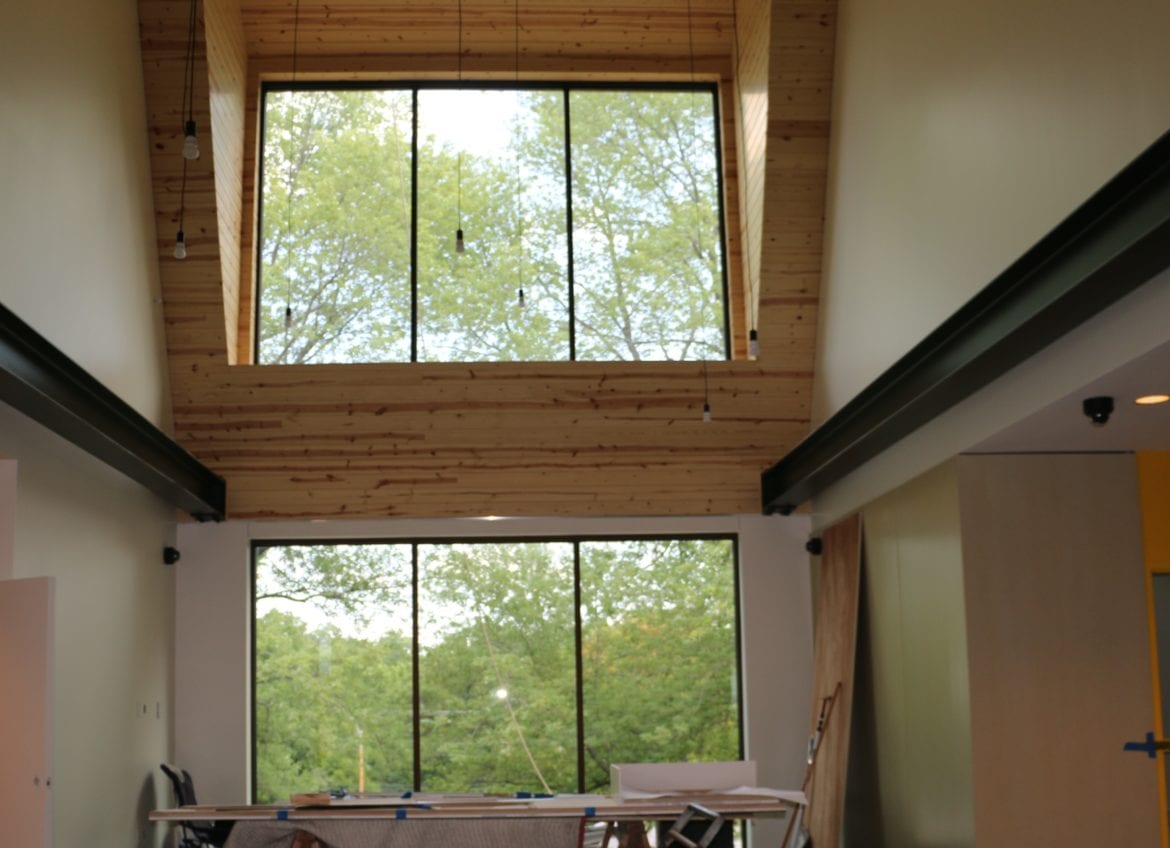 Meier said the donations from foundations and community members speak volumes about the city’s dedication to its vulnerable children.  “An investment like this will save 10 times the money down the road, and that’s pretty neat, too,” he said.

Even though Synergy broke ground last year, the facility has been eight years in the making.

In 2008, Meier picked up his phone for an offer that sounded too good to be true: the donation of a 6-acre property and home in the Northland. Retired Clay County Circuit Judge Stephen Pratt was offering his estate and wanted an answer in 24 hours. Meier took it to the board, and it jumped on the offer.

The house and property sat relatively untouched, with the exception of maintenance, until planning for the children’s center began in 2013.

Pratt, his wife and his stepson, David Short, moved into the estate in the 1950s, and the judge lived there almost up until he died in 2008 at the age of 89.

While neighbors and Short praise Synergy’s mission, some don’t think the new building addition, which is attached to the original home with a glass hallway, meshes well with the old.

Renna Ely, a neighbor who grew up playing on Pratt’s place, still lives in the home her parents built in 1956. She and some of her neighbors had other ideas for the property.

“I knew eventually they’d be building something. It’s a great cause, but I’m not real thrilled with the architecture,” Ely said. “A lot of the neighbors I’ve spoken with wanted something that blended with the existing farmhouse a bit more.”

With the use of pillars, matching wood and a wraparound porch on the existing home, Meier said he thinks the architects “hit their mark” as far as blending the old with the new.

Short has spent years researching the history of the property. His fascination dates back to the old writings he found in the barn as a child.

“I love brick-and-mortar and the symbols of Americana,” he said. “They chose to go another direction. We had a lot invested in terms of the integrity of the place; they stripped it. Why? I don’t know. They never asked me for my opinion or anything.”

Though Short disavowed any interest in inheriting the property, he does wish Synergy would have consulted him more during the project. He has spoken with the organization’s executive director a few times.

Ely said she received only one notice updating her on the progress, and neighbors blame the construction site for runoff that has flooded their yards during recent rains.

Moving forward, Short still wishes to be part of the process somehow, including honoring his stepfather with a dedicated framed photo.

Short said his stepfather was the kind of man who “knew where the bones were buried” when it came to local politics. Working closely with families as a judge, Short said Pratt was a concerned and well-respected man.

He remembers him as a charmer and a perfect match for his charismatic mother.

“It wasn’t his money or power; it was just that magnetism,” he said. “I marveled at that. He had that magic.”

Before Pratt owned the property, the Borden family lived there.

Joyce Berry, one of the Borden daughters, remembered the then 10-acre property as a child’s paradise. In the summers and holidays, Berry’s parents, Jack and Madge Borden, would host two children from a Kansas orphanage.

So when a friend called her about the construction at her childhood home, Berry checked it out.

From there, she began volunteering at Synergy. She’s buying clothes for the children who will stay there and looks forward to playing with the residents.

She’s sad to see so much gone from the property and ultimately hopes that Pratt is recognized for his generosity. She has heard that the judge wanted the property to benefit children, perhaps because he had seen so many bad situations while on the bench.

The project, she said, lends itself to differing perspectives.

— Kelly Cordingley is the Digital Coordinator at KCPT and a recent University of Kansas graduate. Follow her on Twitter @KellyCordingley. To reach Cordingley, email kcordingley@kcpt.org.