A rally of support, for dismissed KC doctor

As Heartland Health Monitor reports, obstetrician was a favorite with midwives and moms 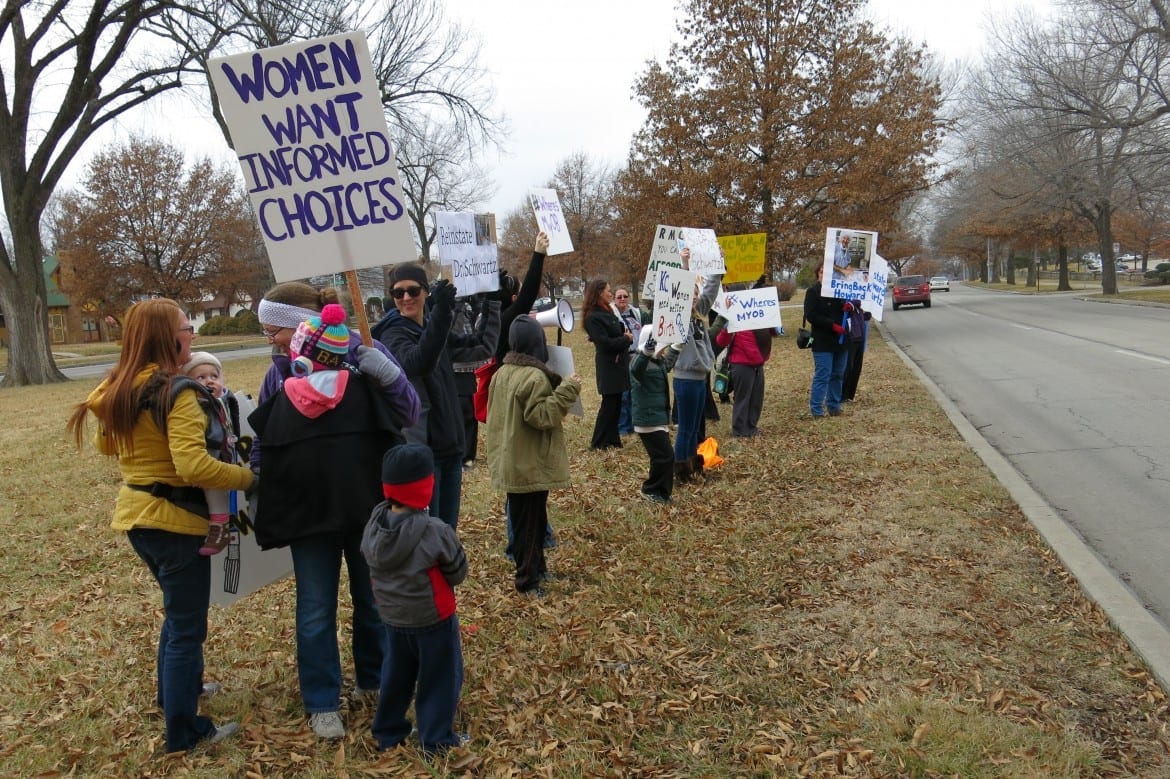 About two dozen women and children protested outside Research Medical Center on Monday afternoon in support of an obstetrician who was let go last month.

Lisa Cohen, a midwife from Lee’s Summit, Mo., started a petition to reinstate Dr. Howard Schwartz that so far has drawn more than 1,300 signatures.

“I am here for this protest in the capacity of a mother and a patient that Dr. Schwartz really helped when I was in a bind,” Cohen says.

Cohen says Schwartz often accepted patients with high-risk pregnancies that other doctors wouldn’t treat, including women who wanted to have home births but ultimately had to deliver in a hospital.

“He treated them with a lot of respect and tried to help them get the birth they wanted even though it wasn’t a home birth anymore,” Cohen says.

Cohen says Schwartz has many third-trimester patients who had hoped to have a vaginal birth after undergoing a Caesarean section, commonly called a “VBAC.” She says most physicians won’t accept new patients late in their pregnancies, so they’ll have to deliver with a different doctor in Schwartz’s practice.

“Other physicians in that group do not provide VBAC services,” Cohen says. “So they’re afraid the birth plans they have carefully developed with Dr. Schwartz over the course of their pregnancy will no longer be honored.”

Even women whose babies Schwartz did not deliver joined the protest Monday. One of those women, Olathe, Kan., resident Heather Weber, gave birth to her three kids at home.

“People say as long as the baby’s healthy, it doesn’t matter what happens,” Weber says . “There is such a thing as birth trauma. It happens every day to women all over the world.”

Attempts to reach Schwartz were unsuccessful. Research Medical Center did not return a call seeking comment.