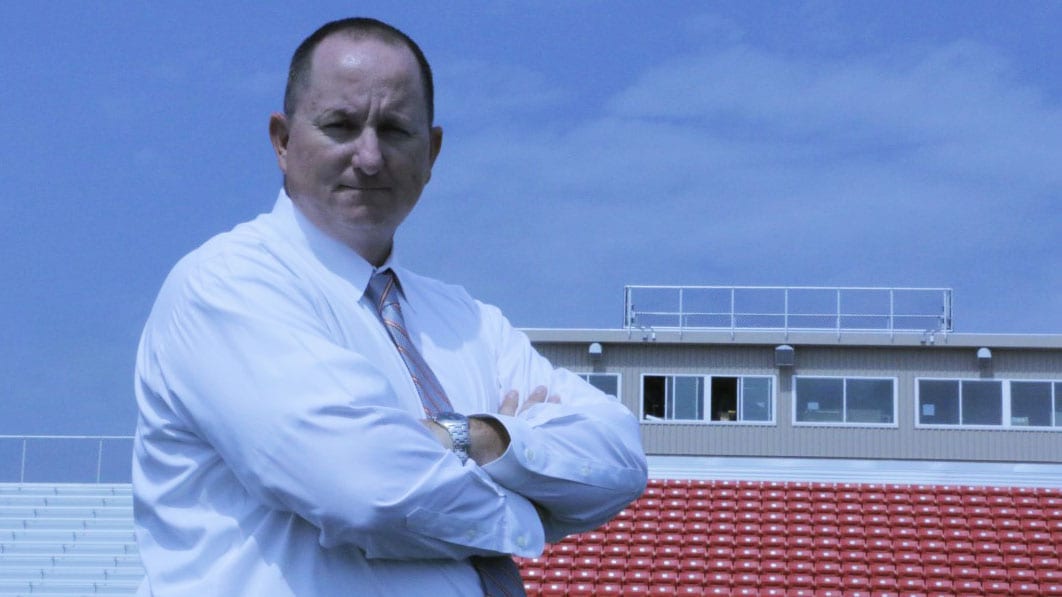 Allan Markley, superintendent of the Raytown School District, said support of local taxpayers is one reason for his longevity at the district. Voters approved a $22 million bond issue last year that included money for new bleachers at the Raytown South High School stadium. (Photo: Mike Sherry/The Hale Center for Journalism)
Share this story

The start of school typically brings with it a crop of new students and staffers.

Yet classes are resuming this year in the Kansas City area amidst a remarkable run of new superintendents in Missouri-side school districts, according to the Cooperating School Districts of Greater Kansas City, a consortium that stretches across several counties and represents more than 185,000 students.

Nearly two thirds of the 29 districts in the consortium have hired a new top administrator within the last three years, according to Gayden Carruth, executive director of the consortium, which works in areas that include joint purchasing and staff training.

And of those that have done the hiring, a third have had more than one person, including interims, in the position.

This year alone, Carruth said, nine of her member districts have new superintendents.

Short tenures are not uncommon in large urban districts, according to the latest figures from the Council of Great City Schools, which says the average tenure of big city superintendents is about three years.

Citing its own data from 2006, the national superintendents association says the mean tenure for a superintendent is about five to six years and that the annual turnover rate for these top administrators is no more than 16 percent.

As for the cause of the local turnover, Carruth said, “It’s not one single thing.”

And some long-serving superintendents simply retired, such as Paul Kinder, who stepped down from the Blue Springs School District last year after 14 years on the job.

Kinder is back in the ranks, though, as he is now filling in for the North Kansas City School District, which lost its superintendent to a top administrative position across the state line in the Blue Valley School District.

Meanwhile, some superintendents have left amidst scandal and acrimony with their school boards. That category includes Fred Czerwonka, who was fired in St. Joseph earlier this year following a state audit that uncovered $40 million in unapproved stipends, among other things.

Carruth said bringing so many new leaders into the fold presents an administrative challenge in simply going out and meeting the new people.

Otherwise, she said, the districts in the consortium have a strong commitment to unified action and share many “common threads that don’t go away when you change leaders.”

Raytown and Pleasant Hill are two of the Missouri-side districts that have had stability with their superintendents, with Allan Markley and Wesley Townsend, respectively. Markley is in his eighth year at Raytown, and Townsend is in his 13th year in Pleasant Hill.

Both men said that the quality of life within the communities they serve has been a significant factor in staying put. They also cited good relations with the district staff and the elected school boards.

The two men lamented the loss of so many area superintendents during the past few years, but they agreed that collaboration is still good. Markley noted that much of the cooperation happens at other levels anyway, such as between school boards or teachers.

Townsend said that being a superintendent is more difficult now than in years past, given the higher expectations for student achievement and the challenges of living in a world with social media.

Carruth said that may very well be the case – and she is the former superintendent of the Park Hill School District in the Northland.

But, she added, “That is not stopping people from wanting to do it.”