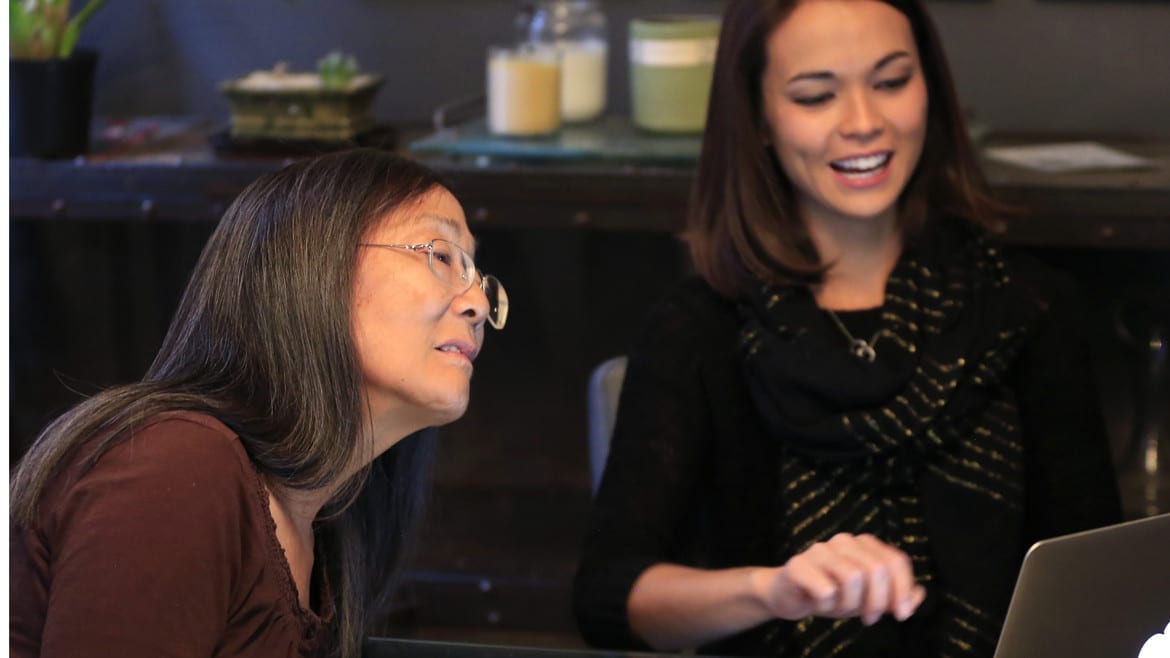 Laupie Yasui, left, looks at photos of her father, Minoru Yasui, with her daughter Chani Hawkins in Kansas City. Laupie Yasui and Hawkins traveled to Washington D.C. to receive today the Presidential Medal of Freedom on his behalf. (Photo: Orlin Wagner | AP)
Share this story

This afternoon Minoru Yasui will receive a posthumous 2015 Presidential Medal of Freedom, the highest civilian award in the nation, at the White House in Washington D.C.

According to the White House Press Release:

Minoru Yasui was a civil and human rights leader known for his continuous defense of the ideals of democracy embodied in our Constitution. A graduate of the University of Oregon School of Law, Yasui challenged the constitutionality of a military curfew order during World War II on the grounds of racial discrimination, and spent nine months in solitary confinement during the subsequent legal battle. In 1943, the Supreme Court upheld the military curfew order. Yasui spent the rest of his life appealing his wartime conviction. At the time of his death in 1986, he had successfully convinced a trial court to vacate his arrest, and a case challenging the constitutionality of his conviction was pending before the U.S. Court of Appeals for the Ninth Circuit. Yasui also spent his life fighting for the human and civil rights of all people.

Tell me what you most remember about your grandfather.

My grandfather passed away when I was only two, so my memories come from my mom pulling out these old VHS tapes of his interviews. He is so inspiring to listen to, what an idealist. But really just getting to hear him talk about the internment camps, and everything he suffered and went through. The thing that was so amazing about my grandfather was his passion for this country. Which is such a testament to who he was, being in solitary confinement, being locked up in prison, and he still thought this was the greatest country in the world. He never gave up his love for America and to have that much faith is just awe-inspiring.

What can we learn from the Japanese internment camps? You have said you see the similarities with Syrian refugees.

The Mayor of Roanoke really brought this whole idea to the forefront. There are some unmistakable stark parallels. Back after World War II, there were all these States that told Japanese citizens that they didn’t want them here. So to have 26 governors across the country say the same thing to Syrian refugees… It makes me think of a quote my grandfather said: “We know what the Constitution says, we know the Declaration of Independence. I believe then and I believe today that all men are created equal. That there should be equal justice under the law.” I think it is time to have a little compassion and learn from our history.

What message do you hope to spread by accepting the award on your grandfather’s behalf?

The message is to honor an American hero who stood up for justice under the law, and that message continues today, to always stand up for your freedoms. We are all so grateful and proud that after all of these years of work he is being recognized. We are so proud of the work that he did, not just for the Japanese, but for all minorities. His message lives on, it is about human rights, and we just want to carry it on as best as possible.

Where will the award live?

Ha, well, we haven’t figured that out yet. But we are having a large celebration for his 100th  birthday next year, so it will be there for sure. We all have said that we don’t just want to store it in someone’s house, we want it to be out there, to keep his message alive, so we want people to share in it.

If you could say one thing to your grandfather what would it be?