Stuff Happened This Week. Here's What You Need to Know 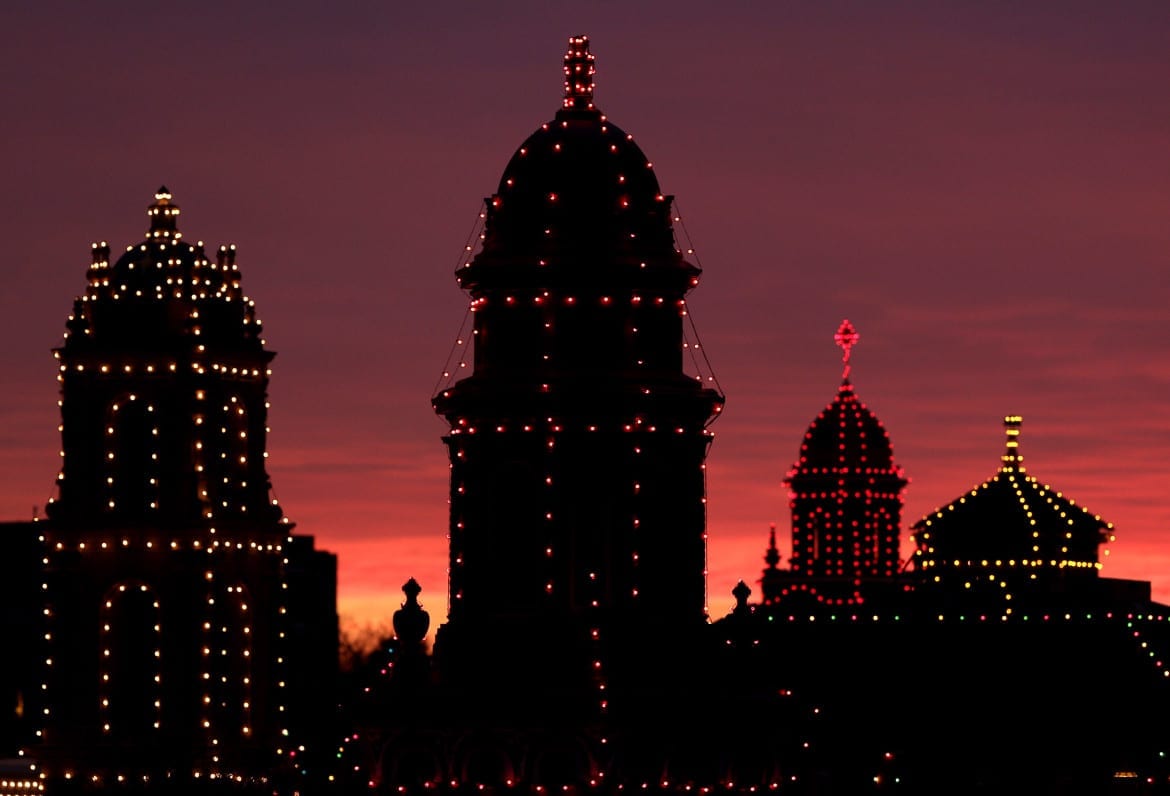 The sun sets for the owners of the Country Club Plaza. Highland Properties announced this week the historic shopping center — and your childhood holiday memories — is for sale to the highest bidder. (Photo: Charlie Riedel | AP)
Share this story

Russia moved forcefully into Syria. Many of the targets seem to be non-IS opponents of Russia’s ally, Syrian President Bashar al-Assad. So that’s not terribly helpful.

India announced a new plan to lower its rate of greenhouse gas emissions. The plan includes an aggressive adoption of renewable energies, such as wind and solar, but the nation nevertheless remains highly dependent on coal.

The CIA has pulled staff from the US embassy in Beijing following a security breach this spring. In April, private data from about 21 million federal employees was stolen in a massive hack of the US Office of Personnel Management. Analysts said China was responsible. This week, fearing that stolen data could be used against their agents, the CIA removed staffers from the Chinese capital. The agency also announced a major restructuring this week. The new organizational plan includes creation of a Directorate of Digital Innovation, the first new CIA directorate since 1963.

Hurricane Joaquin developed in the Atlantic. On Thursday, the storm intensified and was upgraded to a Category 4, but it turned north Friday and now seems likely to miss landfall.

There was another mass shooting, this one in Oregon. Your reaction is most likely wholly dependent on your preexisting beliefs about firearms.

The man and the man bun (Credit: @DrewFigton on Twitter)

In the race for President, the Bernie Sanders campaign hit a fundrasing milestone, while donations to Hillary Clinton’s campaign seem to be slipping. Donald Trump, meanwhile, went on 60 Minutes and released a tax plan. Again, your reaction is probably wholly dependent on your preexisting beliefs about Trump. But someone did make this photoshop of The Donald with his hair up a manbun. Which is hilarious, no matter what your political beliefs.

Around town, the news was better. Kansas City tourism, reports The Star, broke records with 24 million visitors, $3.1 billion in spending. According to the report, 5.2% of area jobs are supported by the tourist trade. So keep being extra nice to out-of-towners.

The urban core is getting help. On Monday HUD announced that Kansas City was selected for a highly-sought $30 million federal grant to build new low-income housing in the northeast. This comes on the heels of last week’s federal grant of $475,000 for environmental cleanup at so-called “brown field” sites like abandoned factories and schools. Plus, proponents of a mental health crisis center in Kansas City’s urban core may be only weeks away from a deal. The center would be a central drop-off point for police and ambulance crews, which would help fill a gap left by the recent closure of Truman Medical Centers’ Behavioral Health Emergency Department.

Maybe they got sick of running the Plaza Art Fair. Maybe they just got tired of untangling all those Christmas lights, but the owners of the Country Club Plaza, Highwoods Properties, announced their plans to sell the upscale shopping district.

On Monday Night Football, the Chiefs were crushed by the Packers. The less said about the game, the better. And plenty has already been said.

ONLINE
In broader baseball news, several young women from Arizona State University went to a Diamondbacks game and, apparently, watched precisely no baseball. MLB’s announcers not-too-gently shamed the girls. Understandably. Baseball, with its gentle, 19th-century rhythms and bucolic setting, is a national keepsake. The game links us to an increasingly distant agrarian past. Selfies, conversely, perfectly manifest the narcissism, shortened attention spans, and general obliviousness born of smartphones and social media. The video has gone viral because obsessive selfie-taking during a baseball game virtually embodies, however humorously, a profound anxiety about the impact of technology our lives.

We also saw yet another Facebook privacy hoax. Your less-than-social-media-savvy friends probably posted a bunch of cut-and-paste legalese nonsense in the mistaken belief that it would somehow keep Facebook from charging a subscription fee. (Of course, if you’ve never given Facebook your credit card information, they would have no way of charging you anything. But why would anyone logic get in the way of a good post?) HBO’s John Oliver did a brilliant takedown of the Facebook silliness.