Work could begin this year on philanthropist and developer Shirley Helzberg’s plan to renovate two historic Film Row buildings into office space and create a “leafy oasis” on what’s now a parking lot at 18th Street and Baltimore Avenue.

Her latest Crossroads redevelopment, which ultimately includes building two multi-family luxury buildings on West 17th Street, cleared its first hurdle this week when the City Plan Commission endorsed closing the alley in the middle of the development site.

“It’s really a continuation of her master plan for her holdings in the neighborhood,” said Pete Lacy, Helzberg’s real estate advisor.

Helzberg’s previous Crossroads Arts District projects include the renovation of the historic Webster House and Vitagraph buildings at 17th and Wyandotte streets along with building a 182-space garage at that intersection.

Her new redevelopment plan covers half a block east of Central Street from 17th to 18th streets. It would renovate the former MGM Studio building at 220 W. 18th St., and the former Columbia, later Universal, Pictures, building next door at 214 W. 18th St. into office space.

One block farther east at the corner of 18th and Baltimore, the plan calls for renovating the L-shaped former Kenton Brothers building into commercial space, and create a 5,000-square-foot park with shade trees on its current parking lot.

“The idea is that this property becomes a neighborhood amenity, both to serve office tenants in Shirley’s other Crossroads properties and other tenants in the neighborhood,” Lacy said.

“It would be outdoor space where people in the area can grab a bite to eat or hang out.”

Another phase of the master plan calls for building two four- to five-story residential  buildings on what’s now a parking lot on West 17th Street east of Central across from the Webster House and the Kauffman Center for the Performing Arts.

Lacy said the number of units hasn’t been determined but would be relatively few.

“It’s will likely be high-end residential, it’s ocean front property,” he said, referring to the view of the Kauffman Center.

The entire redevelopment plan is intended to be built without the use of tax incentives.

Helzberg’s development entity, Walnut Creek Ranch LLC, has been reluctant to seek city help after a plan to renovate a Crossroads building to house the BNIM architecture firm failed in 2016 because of opposition to her planned use of tax incentives.

The office project that would incorporate the two Film Row buildings would create about 20,000 square feet of space and utilize the former alley as communal space for tenants. Closing the alley also will help develop the future residential buildings to the north.

“It’s a mix based on what we see in the market. There’s been a huge uptick in interest from smaller office space in Shirley’s other buildings.”

A building now used for warehouse space behind the historic properties would be used to provide 17 parking spaces. Another six surface spaces also are part of the plan. The warehouse would be demolished when the residential component moves forward.

The rooftops of the two Film Row buildings also would be covered with solar panels to supplement energy use.

“There’s a demand in the market from tenants who want to be in a sustainable building so we plan to maximize the roof space for solar,” Lacy said.

The four-block Film Row area in the Crossroads was the home of a thriving film distribution industry from the 1920s to the 1960s. It included about 20 buildings that stored films for regional distribution by the major Hollywood studios.

As for the former Kenton Brothers building, Lacy said the developer is in discussions with a potential restaurant that would use the entire 5,000-square-foot building.

“If that doesn’t happen, it could be broken up into three or four separate spaces for a small restaurant and retail,” he said.

The L-shaped building would have canopies on the plaza frontage for outdoor seating. The plaza would include ample trees and benches. Lacy said the north section of the building has a barrel ceiling that would be exposed.

The architect for the redevelopment is Helix Architecture + Design. The landscape architect is Derek Hoetmer of MCLV.

The alley vacation still must be considered by the City Council. Lacy said the area already is zoned appropriately for the projects.

Should the necessary approval be obtained and construction costs finalized, work could begin before the end of the year. There is no timetable currently for the residential component of the plan. 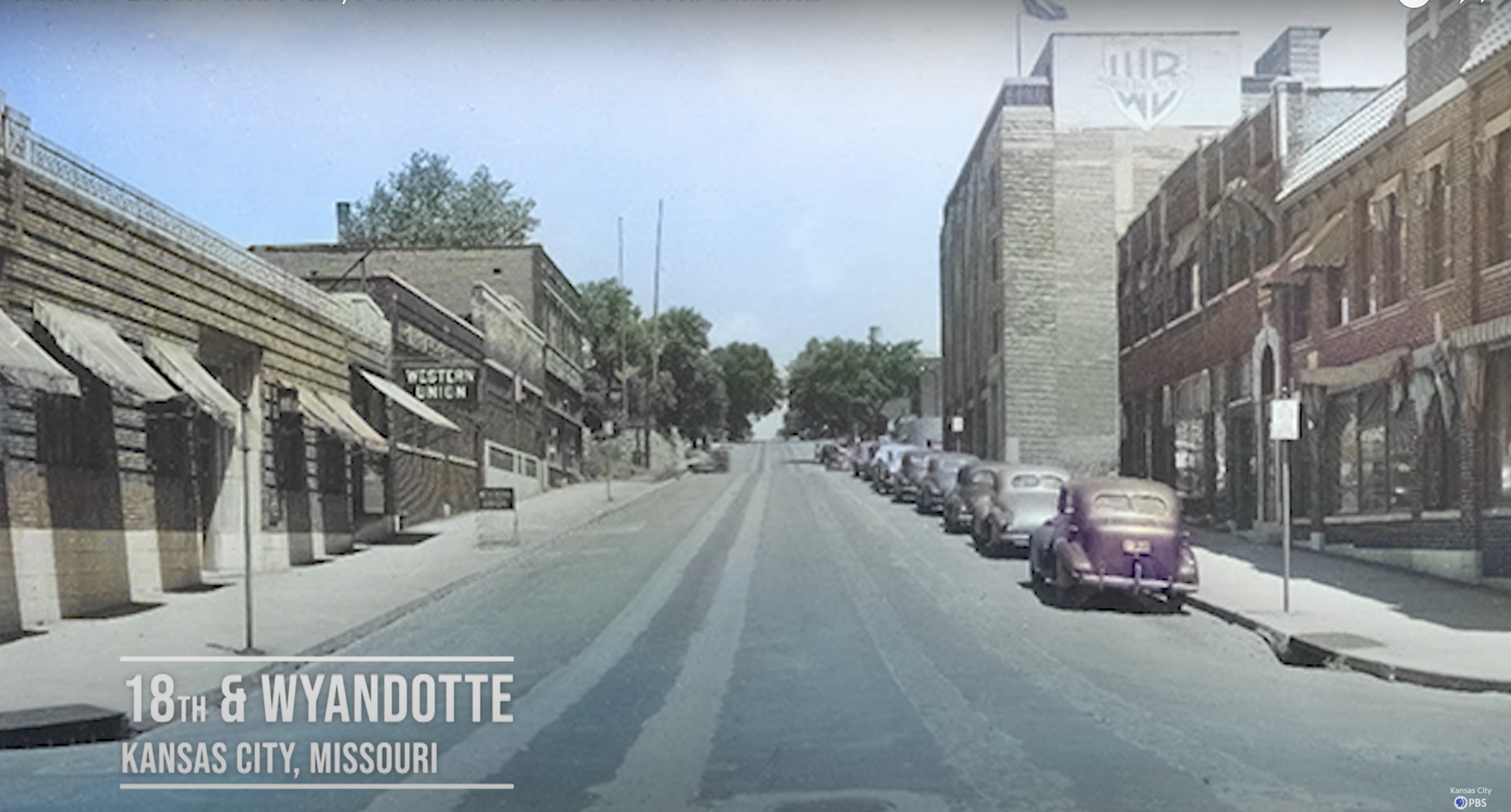