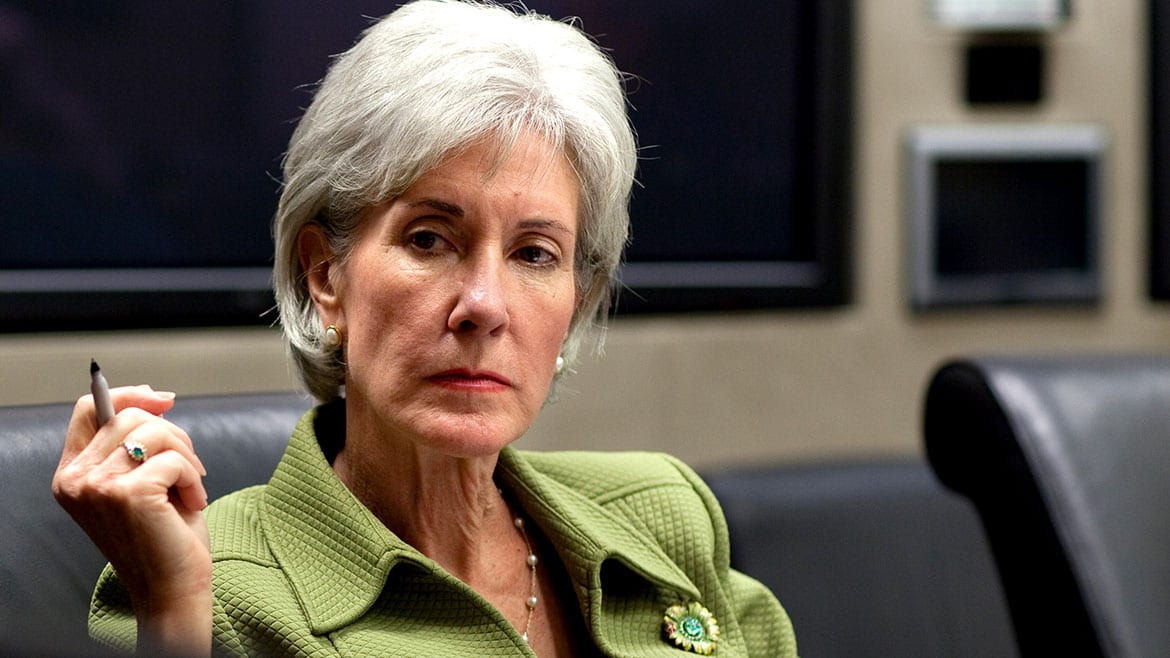 At the Full Employment Council near 18th and Vine, Sebelius touted the benefits of the health exchange for both the uninsured and for the metro area.

Sebelius said that about 250,000 in the Kansas City metro area are uninsured and eligible to enroll for health insurance on the federal health exchange. About 80 percent of those eligible uninsured would qualify for subsidies to help pay for insurance.

Sebelius acknowledged the troubled start of the federal health exchange website, healthcare.gov, but said significant improvements had been made. She described a “surge” of enrollment since the end of November, after the website was fixed.

“People, if they had an early experience, should come back to the site because we’re enrolling thousands of people every day,” Sebelius said.

She also advised that the uninsured could enroll on a 24/7 phone hotline; by mail; or in-person with a local navigator, certified application counselor, agent or broker.

The latest numbers from the Centers for Medicare and Medicaid, released Jan. 13, show that 7,475 people in Kansas and 33,138 people in Missouri had enrolled in insurance plans on the exchange as of Dec. 28, 2013.

Sebelius introduced local business owner Lynn Gardner Hinkle, who had recently enrolled for insurance, to the crowd. Hinkle said she had twice undergone surgery to treat melanoma. In the past, an insurer might have declined to cover someone with a previous bout with cancer. But, the Affordable Care Act has banned companies from denying coverage to applicants with pre-existing conditions.

“I am basically so happy to shout from the rooftops, ‘If you are not insured, get on the website!’” Hinkle said.

Sebelius was introduced by Kansas City, Mo., Mayor Sly James, who voiced his support for the Affordable Care Act. He described the law as “not perfect” but brushed aside problems with the website.

Cover KC will include door-to-door canvassing, a website and phone hotline, as well as mail and social media components. McCandless said Cover KC aims to reach every household with an uninsured person. She anticipated the effort will  involve 200,000 mailings, 70,000 home visits, and 270,000 phone calls.

Cover KC is a collaboration of public and private groups, as well as the offices of Mayor James and Kansas City, Kan., Mayor Mark Holland.

“This is about changing the conversation for people to really examine what their personal health responsibilities and opportunities are,” McCandless said.

Secretary Sebelius also encouraged both Kansas and Missouri to expand the Medicaid programs, as prescribed by the Affordable Care Act. She emphasized the federal funding that is being offered to states.

“Five million dollars in federal assistance is lost every single day;  that started Jan. 1. Every single day, Missouri is losing $5 million, which could pay 100 percent of the cost of those who are uninsured and eligible for Medicaid expansion,” Sebelius said.

The former Kansas governor said that Kansas was missing out on one and a half million dollars a day.

The federal government would pay 100 percent of the costs of Medicaid expansion for states until 2017. Federal funding would then taper down gradually after that but never less than 90 percent of expansion costs.