Search Begins for Kansas City’s Next Chief of Police

Experts in policing are clear about the political pitfalls and ethical errors that could await Kansas City as it begins a search for a new chief of police.

Everything from choosing a search firm to how community input is weighed matters. Each step has the potential to exacerbate existing tensions, which in Kansas City range from concern about violent crime to allegations of racism and insensitivity by police toward Black and Latino citizens.

Conversely, if managed well, a search process can find common ground for public safety approaches supported by many and bolster relationships among citizenry that didn’t previously exist.

And yes, there is a handbook. “Selecting a Police Chief: A Handbook for Local Government” offers the following advice:

“… the appointment of the police chief inevitably becomes a political act. No other appointment will generate the news media attention, lobbying, or scrutiny this one will receive. Indeed, in some ways the selection process itself is as important as the outcome. If the process bypasses relevant stakeholders, even the appointment of a clearly superior candidate will be denigrated by those who feel that their opinions were ignored.”

Last week, Chief of Police Richard C. Smith formalized his long-anticipated and, in some circles, long-demanded departure. Smith plans to retire April 22, ending his 34 years of service with the department.

Deputy Chief Joseph Mabin will be interim chief. Mabin said he does not plan to apply for the job permanently.

But given that national searches can take up to a year to complete, Mabin’s oversight of the department is important too.

“We want a very rigorous national search,” said Gwendolyn Grant, president and CEO of the Urban League of Greater Kansas City. “And we want very robust community engagement at every stage.”

The process of gathering community input is being taken up by the Urban League and the Greater Kansas City Chamber of Commerce. Both have online surveys available for people to offer opinions of qualities they want to see in who follows Smith and priorities for the department.

The first of six listening sessions sponsored by the chamber and a host of other local business and religious organizations is Tuesday, March 29, from 6-8 p.m. at Northland Neighborhoods Inc., 5340 N.E. Chouteau Trafficway. The session will be presented virtually as well.

The aforementioned handbook was published by the Police Executive Research Forum (PERF) and the International County/City Management Association (ICMA).

But its title, “Handbook for Local Government,” reinforces why Kansas City is in a unique, possibly more complicated position. In most other cities, the mayor, the city council and the city manager often play crucial roles in the selection of a chief of police. In Kansas City, though, they play a more limited role because the police department isn’t locally controlled.

Grant began studying best practices for the hiring of a new chief months ago. And Kansas City’s lack of local control is what immediately stood out.

Members of the Board of Police Commissioners have the final say in hiring a new chief of police. And the board is not elected locally. Four members are appointed by the governor and approved by the state senate. The mayor, in this case, Quinton Lucas, has the fifth seat.

“They need to make a commitment to eradicating the racism within the police department and their hire will reflect this commitment to that,” McDonald said.

Grant agreed with that emphasis, saying, “They have to be able to disrupt this pervasive racially toxic culture and hold people accountable in ways that they weren’t under the previous leader.”

The sessions organized by the chamber of commerce are scattered around the city, offering locations north and south and in the central portions of Kansas City and at varying times during the week. Inclusivity and accessibility is the goal.

People living in Kansas City’s southland area have previously expressed concern about rising crime rates. And those north of the Missouri River often note the vast amount of land there and a concern that calls to police for help be answered quickly.

The Urban League began organizing the voices of citizens two months ago.

The civil rights organization held a well-attended online session in early February to inform residents about research into best practices in choosing a chief of police and to begin gathering the opinions of community members.

Comments were wide-ranging, with some people insistent that a new chief should come from outside of the Kansas City area, and others seeing it differently.

“Current Kansas City police officers include many qualified people with some who have aspired to be promoted or advanced to chief,” said the Rev. Chauncey R. Black. “To ignore these people is a big mistake and discourages recruitment of officers, who will see no chance or hope of advancement.”

Evelyn Maddox asked, “Should our next police chief be publicly supportive of local control?

And Anita Mallet said that she wanted the new chief to “be willing (and) able to work with state legislators to pass gun laws that increase public safety.”

For Grant, the process of gathering more of this type of input is crucial.

Her research pointed to Phoenix as the “gold standard,” as the process heavily involved the community. The city held 13 community meetings, solicited residents’ thoughts and then used that information to create the job solicitation. Community panels also were involved with interviewing semifinalists, along with city staff and the city manager.

The Urban League’s study also pointed to city’s where the first choice by city officials received pushback. For instance, in Grand Rapids, Michigan, the NAACP asked for a new search, charging that the residents were not allowed to be involved in the first choice of the city’s new chief.

When Smith was chosen in 2017, the search was led by Ralph Andersen & Associates, an executive search firm based in Rocklin, California. The Board of Police Commissioners has sent out a request for proposals to lead the effort to find Smith’s replacement, but no firm has been hired yet.

Melesa Johnson, deputy chief of staff for the mayor, pointed out during the Urban League online session that there are executive search firms that solely work in the law enforcement sector. The Police Executive Research Forum (PERF) is one such organization.

Some cities begin their search mindful of the growing understanding of public safety being tied to so many other aspects of life in any community. For instance, cities have organized panels to gather input among particular fields – educators, mental health professionals and economic development officials.

“We need to assemble panels that reflect crime as being a citywide problem and not just a problem of the urban core,” Johnson said. 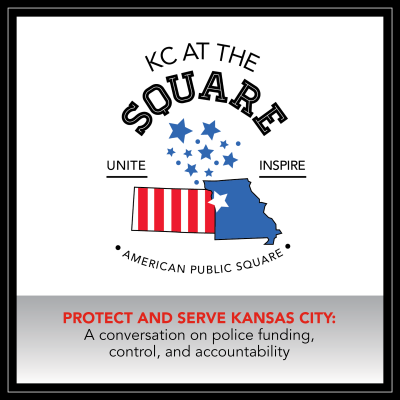 The Urban League and chamber-led surveys are similar in many respects. But the one organized by the Urban League is more specific in some skill sets the new chief might possess.

For instance, the Urban League survey asks: “Ensures that policing practices don’t allow for profiling based on race, immigration status or sexual orientation.”

Some points that residents are asked to weigh for desirability are targeted to past problems locally: “History of maintaining strong collaborative working relationships with prosecuting attorneys.”

The chamber survey was modeled after one used by the Dallas Chamber of Commerce when it recently picked a new chief of police.

The chamber survey asks residents to reply to eight questions, offering them a list to check off which leadership qualities, qualifications desired and a focus of priorities they wish to see for the new chief of police.

The last section is open-ended, asking the question: “What is the vision forward you would like the new KCPD Chief of Police to have?”

Indeed, that query summarizes the issue before Kansas City now as it begins the search for its 46th chief of police.

The Boy In The Woods: The Story of Frank McGonigle

A Kansas City man’s murder is chronicled in a new book by an unlikely author: “Mr. Stinky Feet”

A Mother’s Quest for Openness Provides Map for Spurring Change

When Sheila Albers couldn't get answers to questions she had after her 17-year-old son was shot and killed by an Overland Park police officer, she didn't give up.

Use of the Force: KC Debates Police Department Staffing