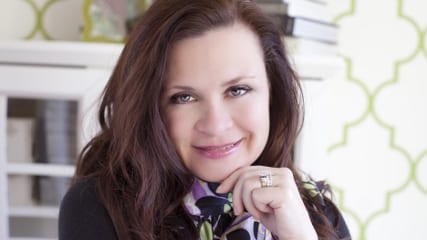 Angela Broderick Bedell, 48, took over as executive director of the Metropolitan Medical Society of Greater Kansas City (Metro Med) in May. The society, which dates back to the late 1800s, is a membership organization for physicians practicing in the Kansas City area. It has about 2,000 members, including students and retirees. Bedell has held leadership positions in several medical associations, including in marketing and membership with the American Academy of Family Physicians, which has its headquarters in Leawood, Kan. At one time, she also owned an aerobics studio in Overland Park, Kan. She grew up in Cameron, Mo., and graduated from high school in Savannah, Mo. She lives in Leawood with her husband and 5-year-old daughter.

What is it about this position that prompted your interest?

The changes in healthcare that are focused on improving patient care and quality — they are dependent on a strong physician community. I think that what is going on in healthcare makes the local medical society very relevant and important right now, but I also personally loved that the board was interested in creating a real sense of community in doing some out-of-the-box thinking to make that happen.

How then do you see Metro Med being able to help the members navigate these changes?

The way we do it is helping them see things through a Kansas City lens. There is information in the mainstream media and many, many websites, but because things are different in each state, and in each market, and in each neighborhood, our job is to filter that information.

What are the key goals/priorities for Metro Med?

Also, because many physicians are becoming employed (by hospitals or health systems), they will get a contract from their potential employer, and so, what we are doing is working on some templates, and checklists and resources that they can do as the starting point, and so if they see red flags, they know which direction to go next and who to contact.

How do you want to make Metro Med more of a resource for the general community?

A longer term goal is to become a resource for patients in the Kansas City area, so that they don’t have to go online and look (at sites) that might have information (about doctors) that is 10 years old. I think that we have more informed consumers and patients now, so we have to be open in terms of what is available to them, so that if nothing else, they can ask the right questions.

The Metro Med website says the organization intends to update studies it released in 2008 on physician supply in the metropolitan area and on physicians’ economic impact on the community. How is that going?

We are going to continue those studies, but it will be 2015 before we repeat it, because it is very clear there are a couple things we could go ahead and do from the last study.

We are going to be working with some other groups locally to send physicians into schools and to give the physicians the tools and the talking points or whatever they might need, so that it is easy for them.

Our new president, Dr. Lancer Gates, wants to focus on pipeline issues and workforce. A concerning statistic that came out of the 2008 studies is that around 40 percent of (local practitioners who responded to a questionnaire) expected to retire within the next 10 years, so he wants to introduce kids who should be doctors to the idea of being a doctor, and in particular, those kids who are likely to return to Kansas City or stay in Kansas City to practice.