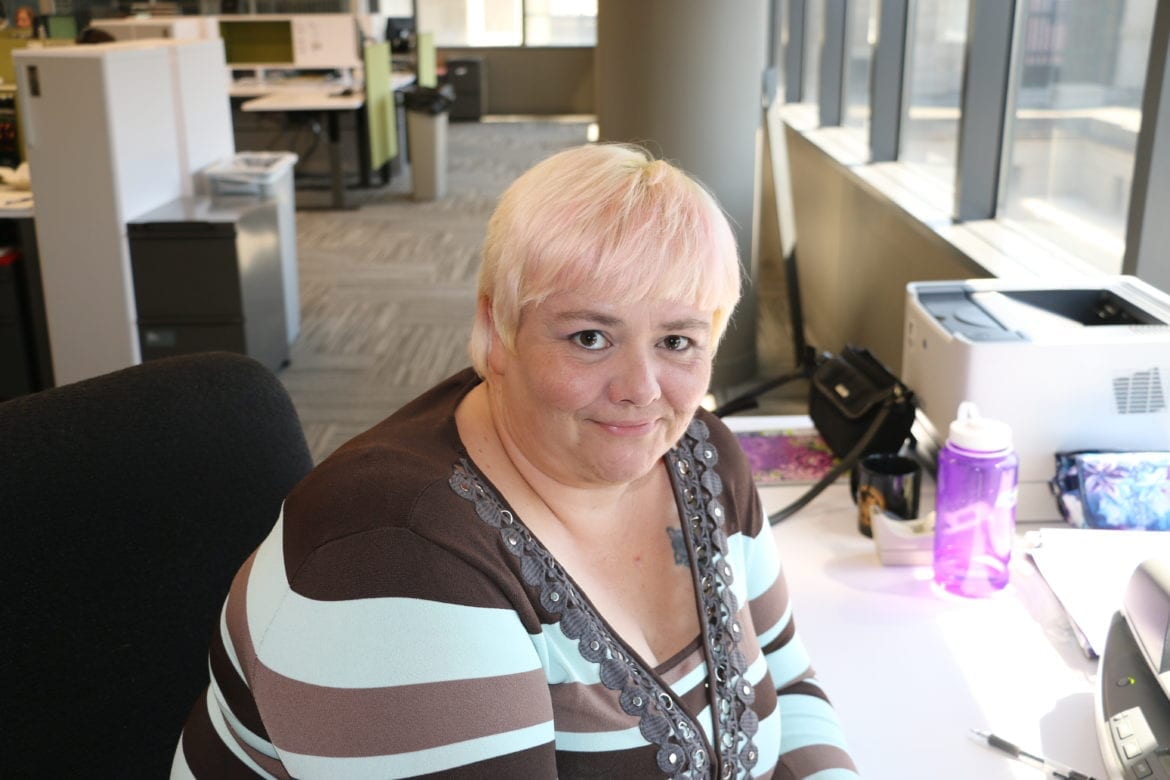 Armed with a master’s degree in English, Amy Jude Keaton was a successful university English instructor before moving back to Johnson County, where various ailments left her unemployed and periodically homeless.

Keaton now clocks 52 hours a week at two jobs, but she can barely make ends meet, largely because her contribution to company-sponsored health insurance eats up most of the paycheck from her full-time job. Going without insurance is not an option.

Keaton, 47, knows she does not fit the idyllic stereotype of Johnson County, where the poverty rate has spiked to 6.5 percent since the Great Recession. She also knows she is not alone.

“The truth is that there are people all over the county from all walks of life that have issues,” she said, “and it’s unfortunate that the general picture is that everyone is wealthy and we’re all doing great.”

At United Community Services of Johnson County (UCS), a planning and research organization, officials contend that help for people like Keaton must extend beyond the national movement toward a $15-an-hour minimum wage.

They argue that the answer is “household-sustaining” jobs, which not only include a higher minimum wage but also come with benefits, flexible schedules (to help with things like child care) and opportunities for advancement.

“…It’s unfortunate that the general picture is that everyone is wealthy and we’re all doing great.” — Amy Jude Keaton, Johnson County resident

The organization is making strides in that effort by drafting community leaders, who are conducting focus groups with the target populations. The sessions are scheduled to run through the fall. The effort is part of the broader anti-poverty campaign UCS initiated two years ago.

Justin Nichols is chairman of the work team and an attorney at Lathrop & Gage. He said the beauty of this project is its flexibility to address specific and general needs for the community.

“We didn’t go in with an end goal in mind. We weren’t working backwards saying, ‘This is what we want the end of this to look like,’” Nichols said. “It sort of depends, in terms of what we want.”

He said it may be as targeted as what the community, employers or people coming out of corrections need to do, or it may be as broad as bringing all the stakeholders together to work with each other on a specific goal.

As poverty has risen, so has the number of students who qualify for free- and reduced-priced lunch. During the 2013-2014 school year, 26 percent of Johnson County children qualified. That’s nearly 24,000 students. Nichols said that is indicative of the larger issue.

“It’s a problem that people are starting to recognize,” he said, “but it still flies under the radar.”

Even though the unemployment rate has gone down in the area, poverty has remained fairly steady because people are not making enough money, said Kathryn Madden, manager of the UCS Poverty Project.

“People in poverty have always lived in Johnson County,” she said. “The fact that we’re seeing an uptick is a reflection of broader economic development.”

While some task force members are solely involved in talking to management at various companies about the needs of the work force, other members are focused on bringing new businesses and opportunities to the area.

“There’s a potential to do a lot of good if we get the right info from the right people,” Nichols said. “We’re coming at it from so many different angles. We have this great mix of people that are there, and we’re all pulling toward the common goal.”

Keaton said the fact that this program recognizes the larger problem at hand is a step in the right direction for people like her.

“I think that all of us have an innate responsibility to reach out and help others. I can’t really make a judgment call on if this will be successful, but any effort going on can’t hurt,” she said. “Anyone trying to create change is doing more to create change than someone who is doing nothing.”