PHOTOS: A Peephole Into The Lives Of Coal Miners, Teen Moms, City Folk 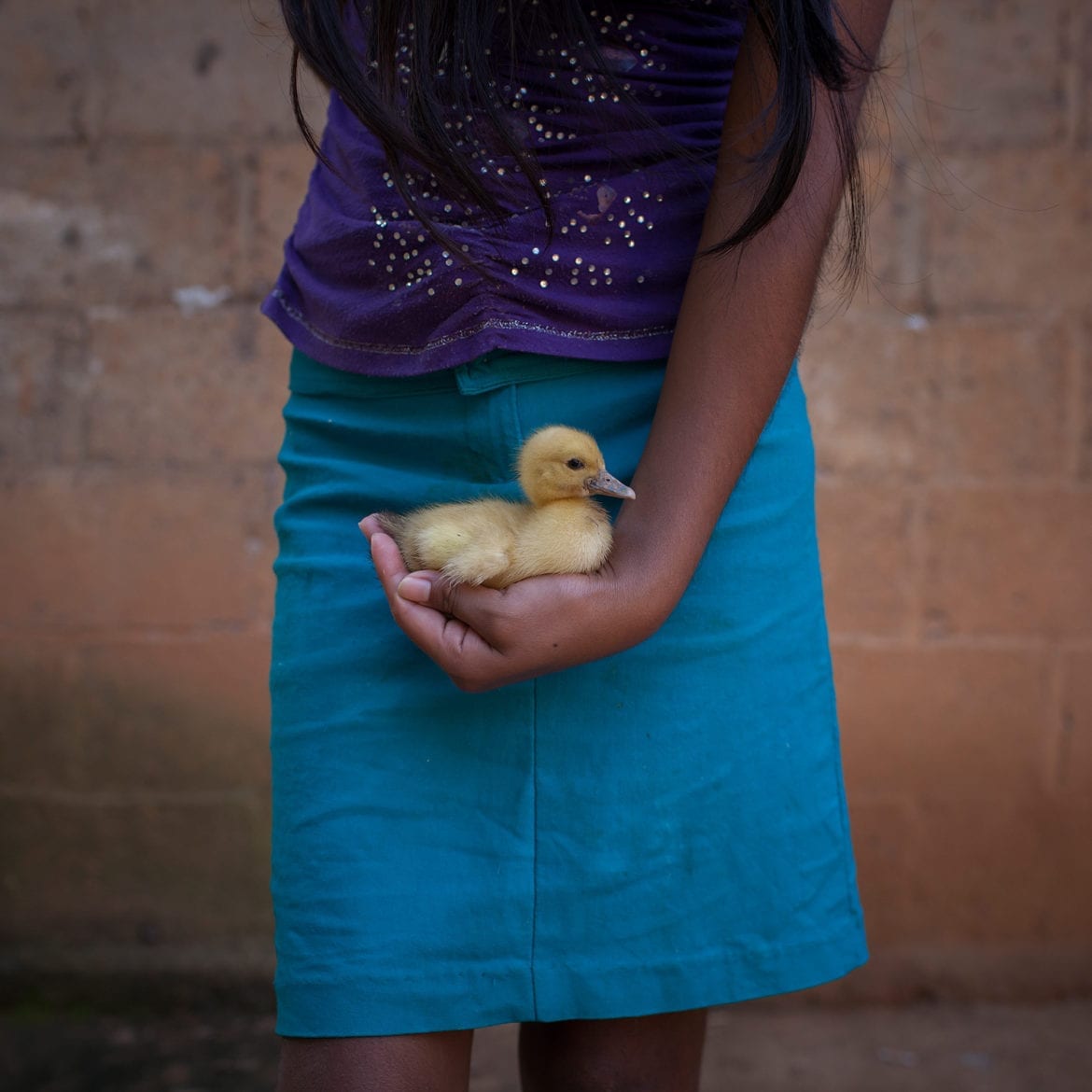 Gloria, 13, of Oaxaca, Mexico, holds a duck at home. Sexually abused by her father, she became a mother at the age of 12.
Share this story

It’s a puzzling image — with a crime story behind it.

Women in colorful saris — hot pink, highlighter yellow, teal and royal blue — snake up a dusty gray quarry, carrying baskets of coal over their heads. It’s early in the morning; they’re stealing from the mine before officials come in for the day. 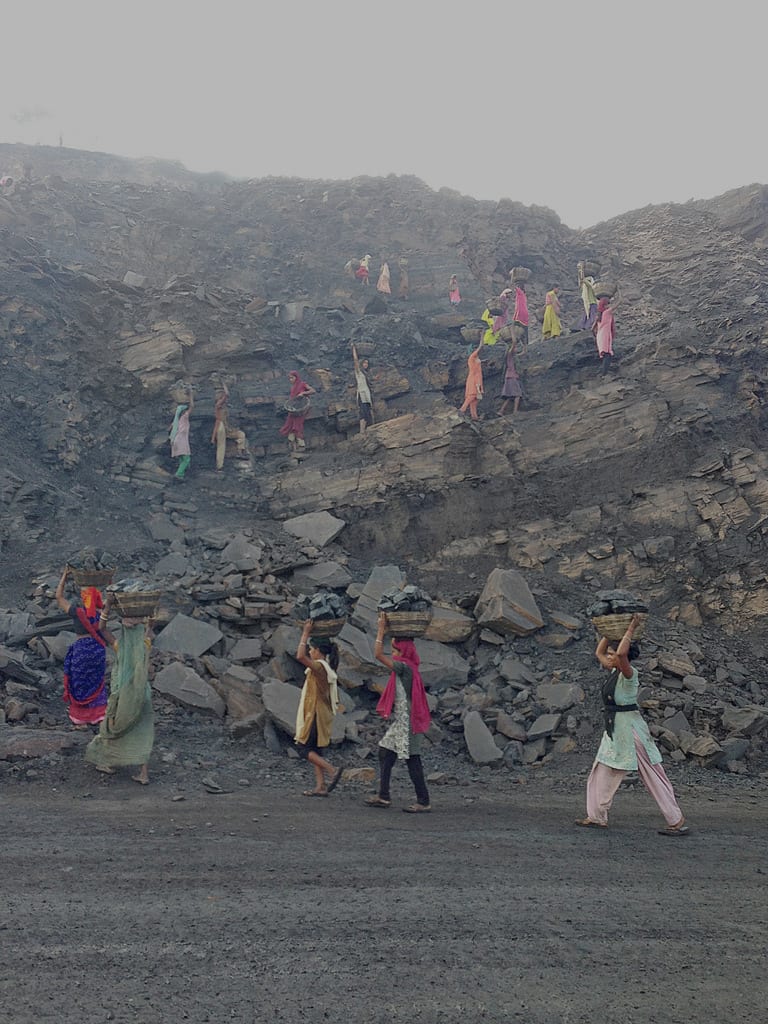 Yesterday, the photo agency awarded $10,000 each to Sen and two others, Christian Rodriguez of Uruguay and Girma Berta of Ethiopia, for using Instagram, the photo-sharing app, to highlight stories of underrepresented people around the world, including the poor, the elderly and children. In addition to cellphone photos, this year’s grant was expanded to include videographers and visual artists.

The winners are established photojournalists and artists in their own right. Rodriguez’s work has been published in National Geographic and The New York Times and he’s the founder of an international film festival in Uruguay. Sen’s photography has been featured in exhibitions in the Netherlands, India and Poland. And Berta, a graphic artist and painter, is the art director of GBOX Creative Studios, an ad agency in Addis Ababa.

For the winners, posting photos on Instagram feels more personal and allows them to let loose. “Working with my cellphone makes me feel freer,” wrote Rodriguez in an email to Goats and Soda. “I don’t feel any pressure at the time I’m taking a picture because I almost do it for fun.”

Still, their images touch on serious topics. Rodriguez’s photos highlight the resilience of teen mothers across Latin America. Sen focuses on the plight of coal miners in India. And Berta captures vibrant street life in Ethiopia’s capital through a series of mixed-media images.

There were hundreds of entrants from over 90 countries. Submissions were judged by a panel including Adriana Zehbrauskas, one of last year’s winners, plus photo experts like Nicolas Jimenez, director of photography for Le Monde, and Azu Nwagbogu, director of the Lagos Photo Festival. On top of the cash prize, the photographers will have their work exhibited at Photoville, a festival in New York, from September 21 to 25.

We asked each photographer to tell us about their winning images.

Christian Rodriguez is a documentary photographer from Uruguay. He covered the Israeli-Hezbollah conflict in Lebanon in 2006 and has worked for news agencies like AFP, AP and Reuters. His winning work comes from a series called Teen Mom, depicting teen pregnancy in Latin America. “It can be very difficult for girls,” he says. “But I want to portray them with the dignity and courage they have.”

His advice for people who want to up their game on Instagram? “Don’t do it for the ‘likes,’ ” he says. “Do it because you really believe in it.”

Angela Mieres, 15, hugged her sister during labor. Angela's boyfriend was shot to death 20 days before the couple's baby was born.

Gloria, 13, of Oaxaca, Mexico, holds a duck at home. Sexually abused by her father, she became a mother at the age of 12.

Ronny Sen is a documentary photographer based in Calcutta who’s working on a book, an exhibit for a festival in the Netherlands and a solo show in Bombay. He used both photography and video to capture the stories of the mine workers and their families in the mineral-rich town of Jharia.

The inspiration behind his photos? “Doomsday,” he says. “I wanted them to look like a post-apocalyptic world on the edge, like the last day of the world’s existence.”

Children wait for their parents -- coal pickers at a mine in Jharia -- to return from work.

This laborer at a mine in Jharia earned $2 for loading four trucks with coal.

Girma Berta is an Addis Ababa-based artist who often infuses street photography with a mix of artistic approaches to draw attention to his subjects. His project, Moving Shadows, won him this year’s Getty Grant for its street scenes superimposed against a bold backdrop of color.

A member of @everydayafrica, an Instagram account that showcases images of life across the continent, Berta is an advocate of phone photos. “Instagram is a peephole to the stories I create,” he says. “It enables the world to look into what I have created and take something from it.”

This image of two street workers in Addis Ababa was created and designed on Berta's mobile phone.

Girma Berta captures images of ordinary people in Addis Ababa, then places them against backdrops of color to offer an "imagined interpretation of everyday life," he says.