It Doesn’t Pay To Be An Early-Childhood Teacher 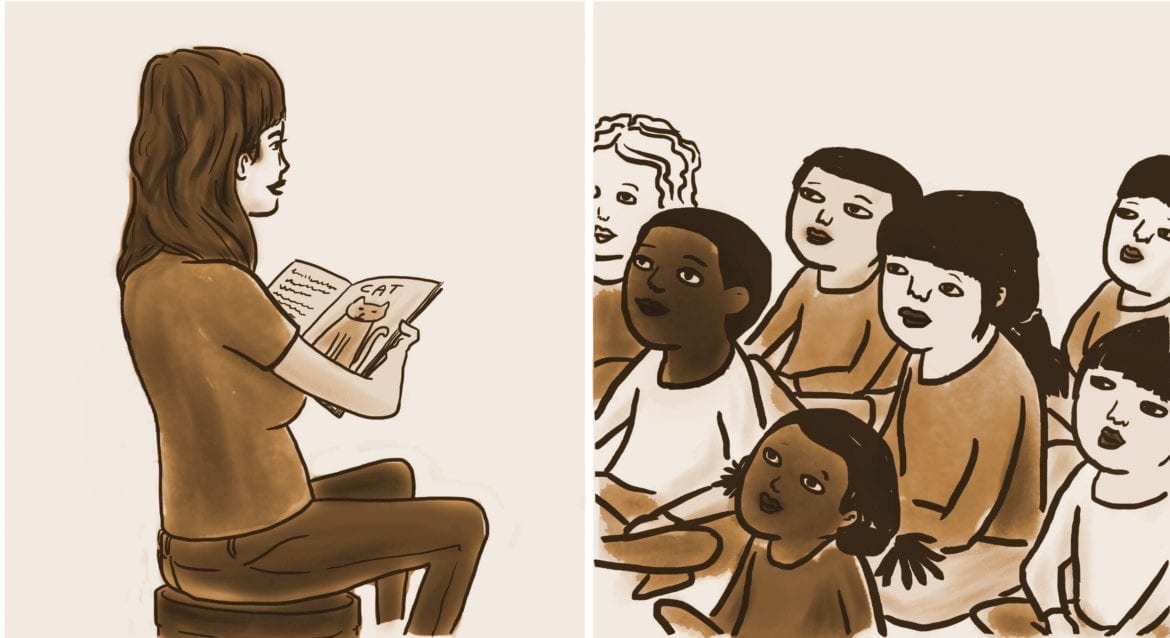 Why would she teach preschool when she could make a heck of a lot more money teaching kindergarten? It’s a question I’ve heard over and over again reporting on education. In some places, we pay early childhood teachers less than fast-food workers, less than tree trimmers. As a country, we’ve acknowledged the importance of early learning and yet, when you look at what we pay those educators, it doesn’t add up.

We get a fresh look at these numbers in a report Tuesday from the Obama administration about the gap in pay for early-education teachers, part of the White House’s United State of Women Summit.

Qualifications to be a preschool teacher are often different from those to be a kindergarten or first-grade teacher, depending on the state and the type of preschool program. But even in states that require a bachelor’s degree for preschool teachers at state-funded programs, a pay gap exists.

Preschool teachers tend to make more money when they work for a public school system, and in places where the state funds prekindergarten. In fact, the report points out, if an individual with a bachelor’s degree works in a public-school-sponsored program, on average he or she would make $6.70 more per hour than in a community-based program. That’s about a $13,000 difference per year.

And that’s not all:

We’ve made progress with preschool in this country, says Steven Barnett, director of the National Institute for Early Education Research at Rutgers University. Early-learning standards have risen in nearly every state, and more students are enrolled in preschool than ever before.

But if the goal of early-childhood education is to close the readiness gap — especially among low-income, often nonwhite students — Barnett points out, then the group of people we’re relying on to do that isn’t adequately prepared.

“If we’re just hiring the lady next door, they’re not going to have those capabilities,” he says.

A 2015 report from the Institute of Medicine came to the same conclusion: If we want preschool to be high-quality, we need preschool teachers to have four-year degrees and specialized training.

When Marcy Whitebook started as an early-childhood teacher in the ’70s, she was astounded at her salary. “I thought, ‘Are you kidding, this is all they’re going to pay me?’ ” She’s now the director of the Center for the Study of Child Care Employment at the University of California, Berkeley, where she’s been studying the low wages of early-childhood workers for 25 years.

“We have 20th century earnings for our 21st century hopes,” she explains. “Right now if you graduate from college with a degree in early-childhood education, you have the lowest projected earnings of all college graduates. This is not a recruitment strategy.”