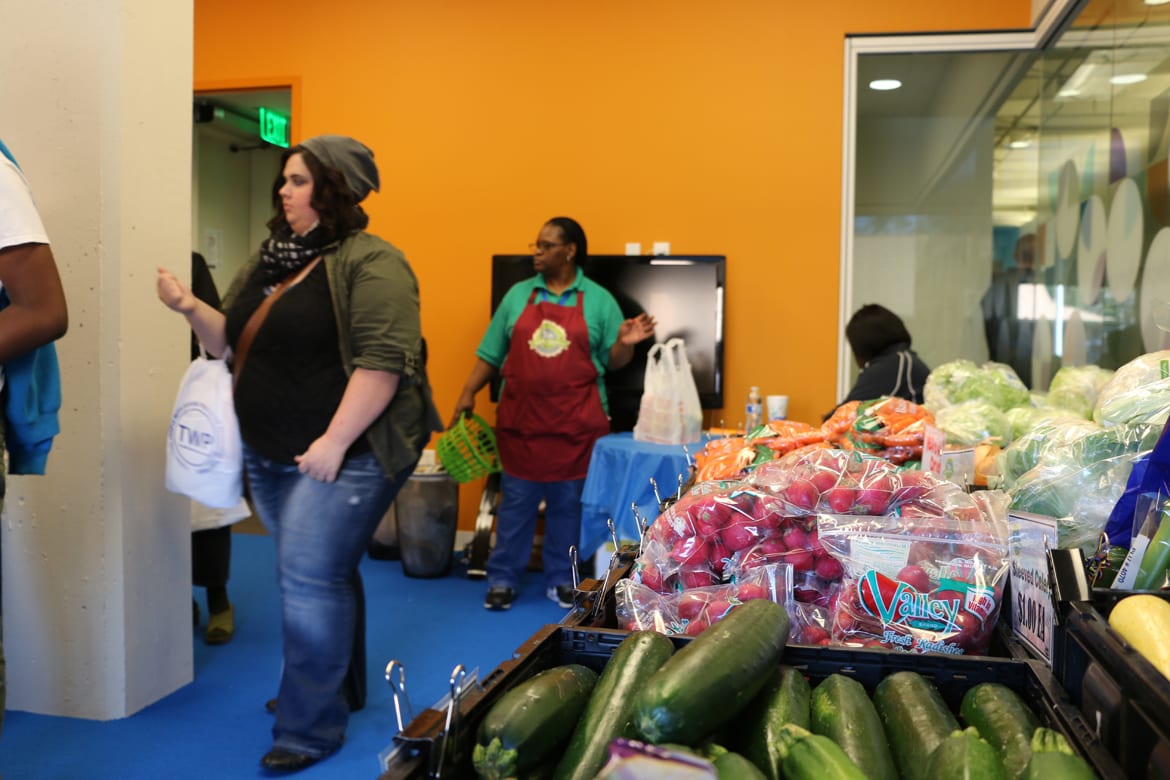 At events in and around Kansas City, counselors, insurance brokers and insurance companies held public education events and free health fairs to reach the uninsured and underinsured among minority populations and apprise them of their coverage options.

“One of the things that the group learned was that it’s really important to meet the community members where they are,” she says.

Kelly says the coalition created more outreach programs aimed at addressing the high rates of the uninsured in minority communities.

In Kansas City, 20.9% of African Americans and 34.7% of Latinos remain uninsured, compared with 11.3% of the white population, according to the coalition.

The coalition’s outreach efforts included programs aimed at African Americans and Latinos as well as the LGBT, Vietnamese and Bosnian communities.

“He noticed that last year during open enrollment, our community – the African American community and the Hispanic community – was very underserved, so he wanted to make a difference,” says Dana McGill Brown, an account executive at McDaniel Hazley Group.

McGill-Brown says the center hoped to enroll between 2,000 and 3,000 individuals. The assistance is free of charge and underwritten by commissions provided by insurers.

Lesbian, gay, bisexual and transgender individuals, who are also disproportionately represented among the uninsured, were also the target of outreach efforts.

The Whole Person, an organization serving individuals with disabilities, co-sponsored a health fair last weekend geared toward the LGBT community. Other sponsors were Swope Health Services and The LGBT-Affirmative Therapists Guild of Kansas City.

Dr. Matthew Heinz, who attended the fair and directs LGBT outreach for the U.S. Department of Health and Human Services (HHS), stressed the availability of financial assistance for health insurance plans purchased through the federal marketplace. He also explained the end of once-common insurance practices such as pricing decisions based on criteria like pre-existing conditions.

Getting that message across is sometimes difficult, however, because of ingrained perceptions in the LGBT community.

“It’s really hard to just turn on a dime, and say, ‘OK, you can now get insurance, and no, you won’t be charged more because your transgender 13-year-old just came out,’” Heinz says.

According to a Gallup Poll released in August, self-identified LGBT individuals are more likely than non-LGBT Americans to report they lack health insurance – although the Affordable Care Act (ACA) has helped shrink the gap.

In the fourth quarter of 2013, the last three months before the ACA required individuals to have health insurance, the percent of uninsured individuals in the LGBT community was 5.3 points higher than the rest of the population

Among other advances, the report cited a proposed rule that bars discriminatory practices at hospitals participating in the Medicare and Medicaid programs. And it noted that data collection efforts at HHS now include questions on gender identity and sexual orientation.

Even as outreach efforts have expanded, federal grants for health exchange enrollment assistance in Kansas and Missouri have fallen. The Centers for Medicare and Medicaid Services provided $1.59 million to health groups in Missouri, down from $1.8 million last year. Grants to Kansas groups totaled $710,145 compared with $886,085 last year.

To help fund additional enrollment assistance needs, the Cover Missouri Coalition, which consists of health organizations led by the Missouri Foundation for Health, has provided $4.5 million in grants. Those grants fund certified application counselor positions throughout the state.

Kelly, of the Cover Missouri Coalition, says she welcomes enrollment assistance from brokers and insurers like Blue Cross Blue Shield of Kansas City. But she cautions consumers to steer clear of enrollment assisters who ask for payment.

“They should not be paying a fee,” she says. “They are not required to pay a fee. There should not be a charge for the consumer. That is one of the guidelines that has been set through the marketplace.”

Kelly says consumers should also use the official healthcare.gov website to avoid scams and ensure they receive the subsidies to which they may be entitled.

Individuals lacking health coverage will be hit with larger fines this year than last year: 2 percent of their yearly household income or $325 per person for the year, whichever is higher.

Mike Sherry is a health reporter with Heartland Health Monitor, a reporting collaboration among KCUR Public Radio, KCPT Public Television, KHI News Service and Kansas Public Radio. He is based at KCPT’s Hale Center for Journalism.

Alex Smith is a health reporter with Heartland Health Monitor, a reporting collaboration among KCUR Public Radio, KCPT Public Television, KHI News Service and Kansas Public Radio. He is based at KCUR.