But, as Heartland Health Monitor reports, citizens could be affected by upcoming ruling on subsidies 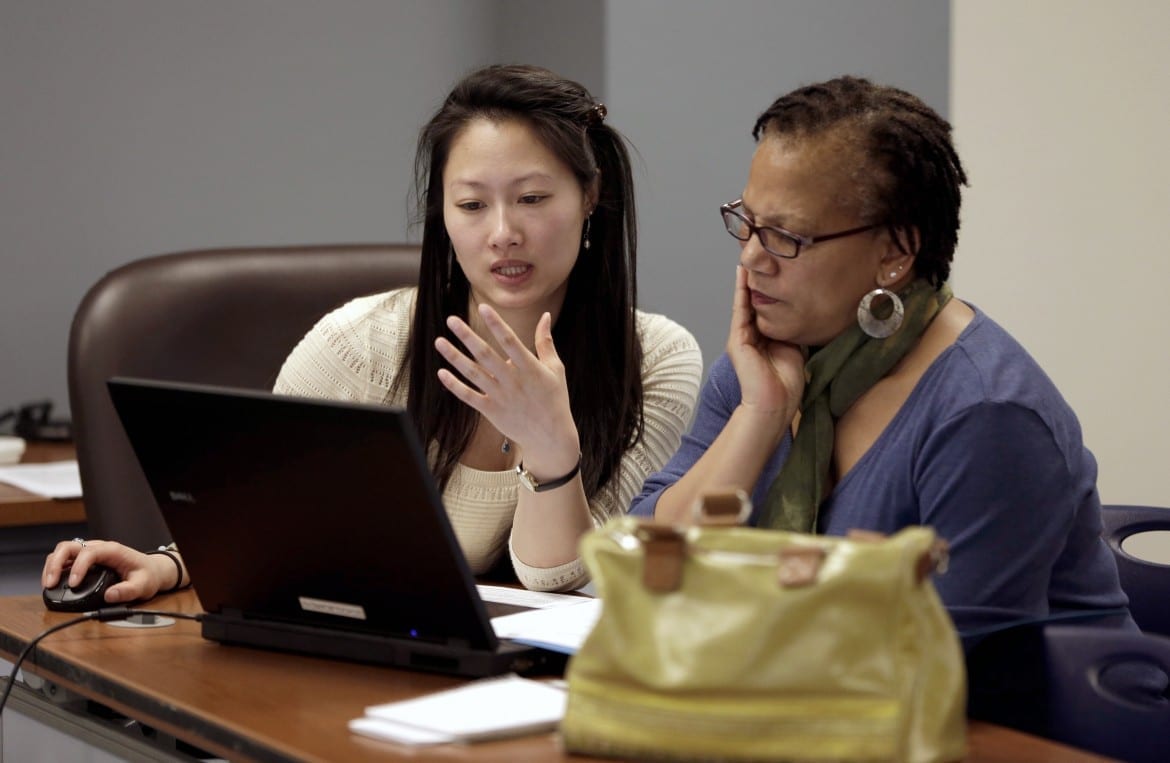 At roughly the midpoint of the second Affordable Care Act open-enrollment period, health advocates say they’re happy with the number of people signing up in Missouri.

Ryan Barker, vice president of health policy at the Missouri Foundation for Health, said that more than 102,000 people enrolled in health plans in the first month alone. In the entire first open enrollment period, 152,000 people signed up.

“We are very confident that we will exceed the numbers from last year,” Barker said in a teleconference Thursday with reporters.

About half the enrollees are first-time enrollees and half re-enrolled, according to figures from the Department of Health and Human Services. Eighty-nine percent of Missouri enrollees received federal financial assistance.

The Missouri Foundation for Health, a private entity, leads and funds the Cover Missouri Coalition, which coordinates ACA outreach in the state. State law prohibits publicly funded agencies from being involved with health exchange enrollment or outreach.

If the court upholds the challenge, more than 370,000 Missourians stand to lose federal financial assistance, according to estimates by the Kaiser Family Foundation.  Many, if not most of them, will not be able to afford health insurance without the subsidies and will likely have to drop their coverage.

Referring to the strong opposition by Missouri lawmakers to the Affordable Care Act, Barker said a solution at that point would have to come from Congress.

Other health advocates expressed confidence during Thursday’s teleconference that the court will uphold the subsidies.

Ron Pollack, executive director of Families USA, pointed to a Wall Street Journal video interview in 2013 of Wisconsin Gov. Scott Walker that has circulated widely on the Internet since Wednesday.

In it, Walker, a Republican, said that there was no meaningful distinction between exchanges run by the states and those run by the federal government.

“And the only distinction is whether or not a state can say that they’re running it, put up a sign that says they are running it,” Walker says on the video. “But, in the end, there’s no real substantive difference between a federal exchange or a state exchange, or the in between, the hybrid, the partnership.”

Pollack said Walker’s explanation demonstrated a broadly held understanding among many governors of the how the exchanges were envisioned by the Affordable Care Act.

“It shows, really, that those governors who were considering this question actually never thought that the implications of that decision would be that it would have an effect on the tax credit premium subsidies that their citizens would receive,” Pollack said.

Pollack said lawmakers never intended the subsidies to be contingent on whether an exchange was state-run or operated by the federal government. If such an intent did exist, he said, Congress would have clearly communicated it to the governors.

“I think it’s absolutely clear that Congress never intended such a distinction, and that’s why the [Obama] administration, I think, feels confident that it will ultimately prevail,” Pollack said.