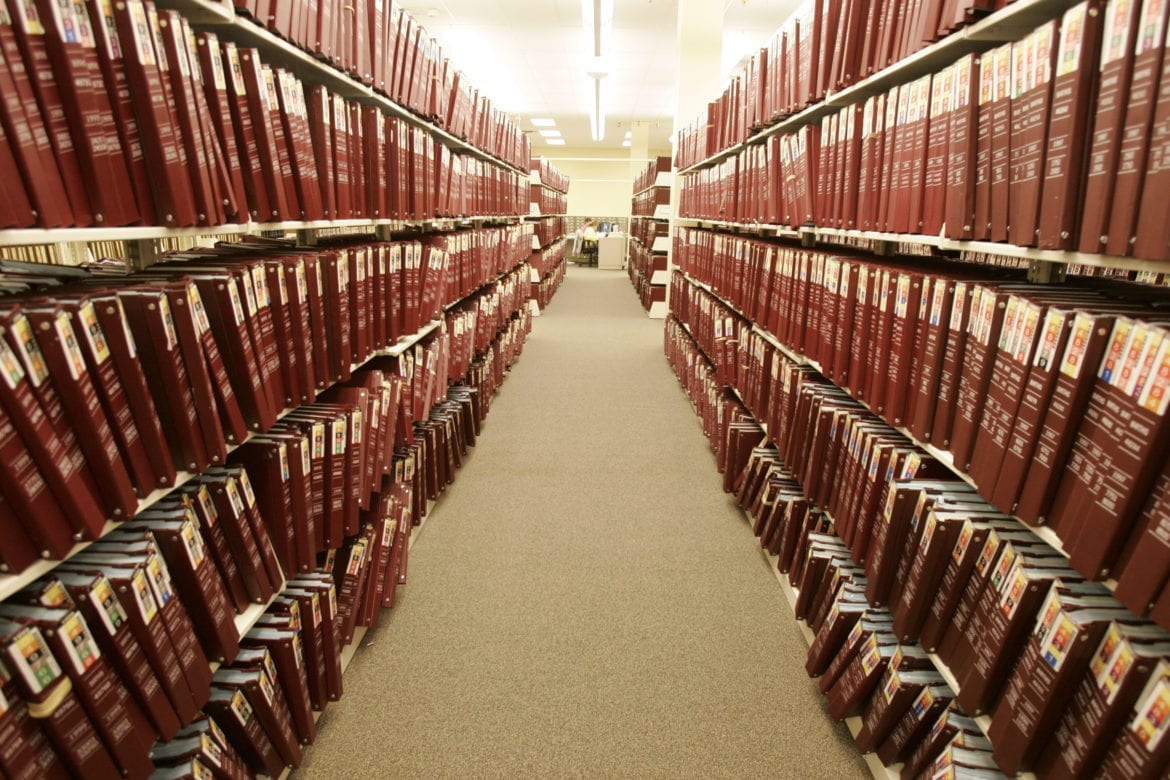 A California-based organization is suing the Missouri Department of Health and Senior Services after it refused to release birth and death records. (Photo: Kiichiro Sato | AP)
Share this story

Back in February, a nonprofit group called Reclaim the Records filed requests for Missouri birth and death listings from 1910 through 2015.

The California-based outfit describes itself as a “group of genealogists, historians, researchers, and open government advocates who are filing Freedom of Information requests to get public data released back into the public domain.”

The group sought the information under Missouri’s Sunshine Law. After more than four months, the Missouri Department of Health and Senior Services (DHSS) finally got back to Reclaim the Records with an estimate of what its request would cost.

A letter from the legal office of the department estimated the birth list would take the agency 23,376 hours to compile and the death list 11,688 hours. At $42.50 an hour, the tab came to an eye-popping $1.5 million.

Loethen responded a few days later, saying the department’s staff was reviewing Rhodes’ suggestion and would get back to him. A few days after that, Loethen emailed Rhodes and told him the department was revising the cost estimate down – to around $5,000, or a 99.7 percent decrease.

Rhodes, however, wasn’t satisfied. The revised estimate was based on separate searches for each year – an improvement, to be sure, over DHSS’ original plan to search one day at a time – but Rhodes was convinced it could run a single search for multiple years. That would have brought the cost down even further.

“Even a jaded media lawyer like myself was taken aback when I saw $1.5 million.” — Bernard J. Rhodes, First-Amendment attorney

A few days later, however, Loethen advised Rhodes that the department would refuse to provide the records altogether. Rhodes then responded with an 11-page letter telling her that the department’s position violated the Missouri Sunshine Law and that, unless the lists were provided at their actual costs, Reclaim the Records planned to sue.

After DHSS refused to budge, that’s exactly what it did on Nov. 23, filing a lawsuit against the department in Cole County Circuit Court in Jefferson City. The four-count lawsuit seeks civil penalties for DHSS’ “knowing or purposeful violations of the Sunshine Law” as well as costs and attorney fees.

A spokesman for DHSS says the department does not comment on pending litigation.

Rhodes says he has never run into a situation like this before.

“Even a jaded media lawyer like myself was taken aback when I saw $1.5 million,” he says.

Rhodes says DHSS never explained how it arrived at that figure.

“Because we honestly believe that it’s a matter of – and I’m not exaggerating – a couple of keystrokes and the cost of a thumb drive,” he says. “It’s no different than if you wanted to go download anything else from a database. You give it instructions and the computer does it all automatically and provides an output that you simply just copy over to a thumb drive.”

Public Records for the Public

Reclaim the Records is the brainchild of Brooke Schreier Ganz, a web developer who has built software for Jewish genealogy groups in Poland and Israel and who thought it important to return public records to the public.

“It’s really a greater recognition that these were always public records and it’s wrong to have them locked away in archives across the country,” she said in a telephone interview from her home in Mill Valley, California.

Ganz says she was shocked when she got DHSS’ initial response telling her the cost of providing the birth and death records would be $1.5 million.

“It was shocking that a government agency would have the temerity to say that to fulfill a request from the public would be such a ridiculously high amount of money. And it was even more shocking from the barest looking into it that it was obvious they had purposely overstated how much money it would cost, probably because they did not want to fulfill it,” she said.

Why the department would refuse to fulfill a request for birth and death records is a matter open to speculation since DHSS declined to comment. But Ganz thinks it’s because the department actually makes money off of them by selling them to researchers.

“They’ve been selling it to scientists, researchers, epidemiologists – anyone who wanted to look up what’s going on with a certain cohort of people born in the state,” she said.

Want to Learn More? Here’s a Recent Lecture From Reclaim the Records

Reclaim the Records’ dispute with DHSS comes against the backdrop of a November report by Missouri State Auditor Nicole Galloway on local governments’ compliance with the Sunshine Law. Galloway’s office made public records requests of 326 randomly selected political subdivisions in the state, and more than a third failed to respond in a timely fashion and another 15.5 percent didn’t respond at all, the report found. Galloway estimated that 65.3 percent “would not fully comply with public record requests.”

“By failing to properly and timely respond to requests or denying requests unjustifiably, political subdivisions risk fines, lawsuits, and loss of credibility with their constituency,” the report stated.

In a telephone interview, Galloway said she wasn’t familiar with the correspondence between Reclaim the Records and DHSS, but asserted that as a general rule records open under Missouri’s Sunshine Law “should be released as requested and in accordance with the law.”

“And if there are any records that cannot be released, the exemption in the Sunshine Law should be cited,” she said. “ … And any government organization that puts a price tag that is prohibitive on the release of records that are otherwise open deserves scrutiny.”

As it happens, Galloway said, her office is in the midst of an audit of DHSS’ vital records system, something she said was planned before Reclaim the Records filed its lawsuit. The audit, however, won’t examine compliance with the Sunshine Law, but rather system security, the accuracy of the information on file and the safeguards in place to prevent unauthorized access.

“This is something separate than what would be available under the Sunshine Law,” she said.

Galloway, however, hinted that her office might at some point perform an audit of state agencies’ compliance with the Sunshine Law, similar to the recent one it did of local governments.

“We do have compliance with the Sunshine Law on broad terms on our radar for the state level,” she said.

This isn’t the first time Reclaim the Records has been denied access to public records. The nonprofit had to sue to get access to an index of marriage applications and licenses in New York from 1908 through 1929. The city eventually settled with Reclaim the Records, and the group obtained 48 microfilms that it has since made available to the public online.

“Sometimes it’s not about budget but about not wanting to lose control of these records and recognizing that these are public records,” Ganz said. “They were created for the public and about the public.”

Ganz pointed out that many states publish basic birth and death indexes and make them available online.

“Missouri is pretty unusual in that it doesn’t provide even a basic bare-bones birth index or more recent basic death index to the public,” she said. “And yet it sells those same lists regularly, yet tries to block our Sunshine Law request for public copies.”

— Dan Margolies, editor of the Heartland Health Monitor team, is based at KCUR. You can reach him on Twitter@DanMargolies.

A Quick, Clickable Roundup Of Health News From Our Region — And Beyond — For The Fourth Week Of November

A Quick, Clickable Roundup Of Health News From Our Region — And Beyond — For The Third Week Of November

A Quick, Clickable Roundup Of Health News From Our Region — And Beyond — For The First Week Of November

A Quick, Clickable Roundup Of Health News From Our Region — And Beyond — For The Final Week Of October