Mickey Mouse for school board! 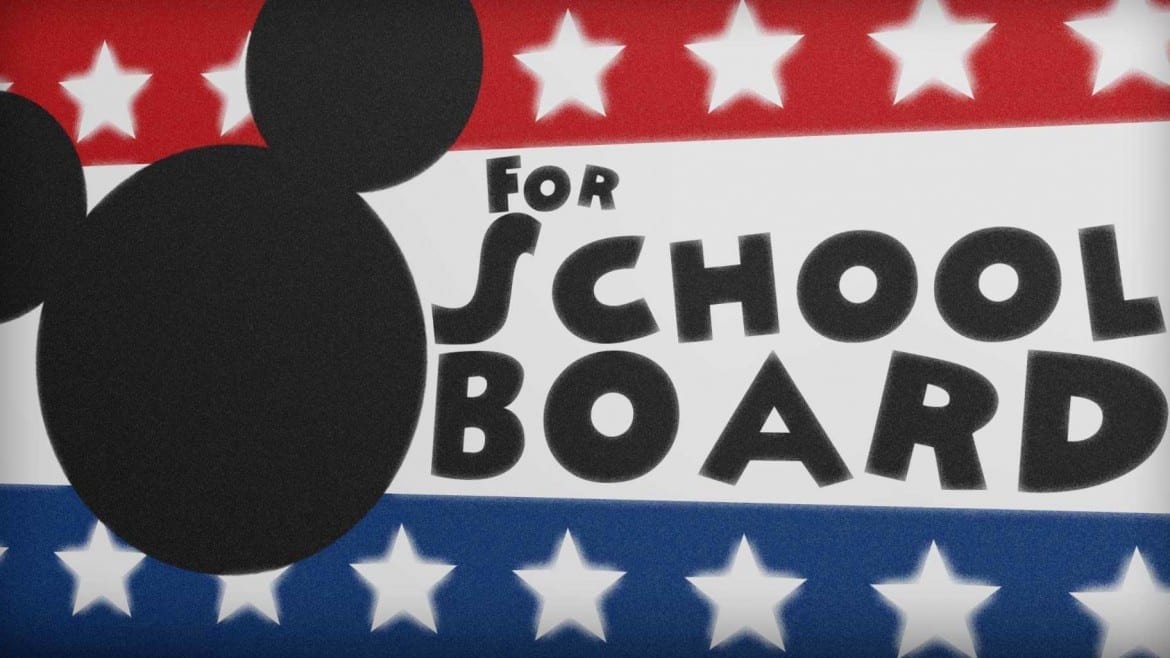 So did Beyoncé, Cookie Monster, Professor Dumbledore and President Obama.

These familiar names, in addition to many others, were written in by Johnson County voters. The complete list of write-in votes was provided to the Hale Center by the Johnson County Election Office.

The name that received the most write-in votes was Mickey Mouse. Disney’s famous cartoon rodent was written in dozens of times for positions from U.S. Senator to County Commission Chair. His wife, Minnie, received about a third as many write-in votes as her husband. Debbie Tyrell, deputy election commissioner at the election office, said that this amount of votes for Mickey is typical.

Even though many Disney fans are familiar with the Mickey Mouse Club theme song — “M-I-C-K-E-Y M-O-U-S-E” — variations on the spelling of Mickey’s name appeared on the ballots. “Mikey” and “Micky” were common. Fortunately for those voters, misspelling a candidate’s name doesn’t necessarily mean their vote won’t be counted.

According to Kansas law, the name must be “spelled correctly enough” to make the voter’s intention clear. The same goes for handwriting legibility.

This is also good news for those who voted for Jesus, the second-most written-in candidate. Ballots that read “Jesus” and “Jesus Christ” would probably be counted together since the intended candidate is clear. Two other religions were represented on the write-in list: “Satan himself” and “the Flying Spaghetti Monster” of the Pastafarian religion. Those deities received one vote each.

If some write-in voters had their way, Kansas government would be made up of various comic book characters: Superman, Batman, Thor and Iron Man all appeared on Johnson County ballots. And, in what must have been an arrangement between friends, Fantastic 4 member Sue Storm received 6 votes in the race for State Board of Education.

You might well ask: Seriously? The answer is: Not always. It’s apparent from these write-in candidates that voters are often joking: No one actually expects Bart and Homer Simpson to walk out of televisions to run the State Board of Education; Arnold Palmer (the half-lemonade/half–iced tea beverage) won’t be commissioner of insurance anytime soon.

“I think that a lot of the people that are doing the write-ins think that they’re humorous,” said Tyrell, who is responsible for documenting write-ins for Johnson County and who isn’t amused. “There was one person that apparently voted for ‘my dog’ for everything. I don’t know why people do that. It’s just throwing their vote away.”

Many voters wrote “anyone” or “anyone else” on their ballot, seeming to indicate that they didn’t approve of the candidates, but couldn’t think of an actual person to write in. Some voters even wrote “abstain.” Writing “abstain” isn’t necessary to do so: The voter can simply not fill a bubble for that specific race on the ballot. Tyrell said voters do this purposefully, however.

While some voters are throwing their vote away by writing in, in several small Kansas townships, write-in votes determined the race.

“There were several small townships that didn’t have any candidates, and those were decided by write-ins,” Tyrell said.

The new Olathe and Spring Hill township clerks were decided by 15 and 47 votes, respectively.

“In Kansas, it’s the one that has the most votes regardless of how few that is that wins,” Tyrell said of the low numbers.

The race with the most variety was for State Board of Education. Since only one candidate was on the ballot, Tyrell said voters got creative with their picks. Write-ins included everyone from PBS stars like Neil deGrasse Tyson, Bill Nye the Science Guy and Sid the Science Kid, to local DJ Lazlo of 96.5 the Buzz.

“When there’s only one person running, then you tend to have more write-ins,” Tyrell said. ”There were some people, who, for their write-in vote, wrote, ‘Where are the choices?’”

Some voters got even more creative, writing “anyone who won’t put religion in sch(ools),” “anyone who is actually qualified” and “Republicans have no role in school.”

While Tyrell said that the write-ins of this election were typical of any election, she did say that some names come in and out of trend.

“Certain names become fashionable at certain times, you know, if somebody’s in the news or something,” she said.

The Kansas City Royals, fresh off an ultimately unsuccessful play for the World Series, were the names in vogue for this election cycle.

Billy Butler was part of the U.S. senate race, and Salvador Perez was written in for county commissioner in the 4th and 5th districts. The team’s coach, Ned Yost, was written in for nearly every race on the ballot. “Moose” (Mike Moustakas), George Brett and Korean superfan Sung Woo Lee also received votes.

Other write-ins that stood out? Potato for State Board of Education. Bob Dole for U.S. senator. And Farly McFarterson for county commission chair.