Media: Meet Us Where We Are 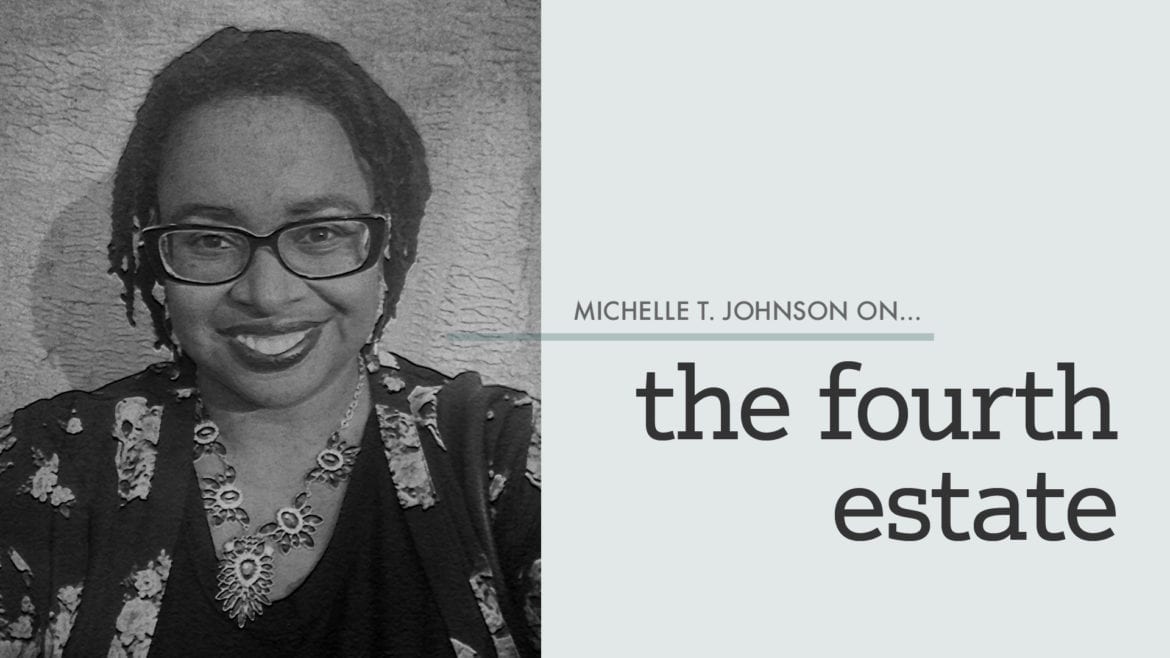 I’m long overdue, but I just got around to watching the 2015 Oscar-winning film “Spotlight” this weekend. As much as I enjoyed the movie, it increased my conflicted feelings regarding today’s reliance on social media and my anger at how far we’ve strayed from traditional media.

“Spotlight” was about a Boston Globe investigative team defrocking the cover-up of the Catholic Church’s child molestation by local priests beginning in the early 2000s. The scandal wasn’t limited to just the Boston area — the abuse revealed both a national and international crisis.

I worked as a newspaper reporter during the time of the Boston Globe investigation, and watching the movie reminded me of the manic messiness and focused complexity of old-school journalism. Journalism has never been perfect. Or completely unbiased. It certainly hasn’t been great — or even good — at covering a breadth of diverse communities with equal vigor and attention.

But, at least with major media institutions, there existed a baseline level of accuracy and objectivity that could be counted on for major, front page stories.

As we close out 2016, people no longer get their news from a few, concentrated sources. Rather, a large number of us are getting our information from Facebook, Twitter and other forms of social media as those platforms try to combat the plethora of fake news and bullying as discourse.

I don’t know about anyone else, but that leaves me feeling immobilized, scared and angry.

I need journalism as an institution to be bold and fearless and powerful enough to ask the tough questions and rake through the mud and the leaves and the hard drives of discarded computers to tell us what we need to know. Facebook and Twitter are good at telling me that the sky is falling. I need the New York Times and the Washington Post and ABC News and NPR to tell me if it really is.

Honestly, the more I think about how social media has eclipsed actual media, the more ticked I get at how vulnerable it leaves us.

This month, the major security agencies in this country are telling us that the Russians probably hacked our election to support their favorite candidate. Still, the coverage is muted, reserved, and more opinion than investigation.

Is that what we’ve come to now?

Because if it is, Trump, as much as it pains me to write this, may be getting it right. Clearly opinion tweets from his Twitter account are the way of the world.

If that’s the case, would all the major news organizations please get with the art of the new world order and issue the news by 140-character tweets. Because this fighting fire with whipped cream isn’t working.

I’m not saying journalists are magicians. Or that libel laws can or should be circumvented for the sake of a good story.

But I’m not ready to see the Fourth Estate be a historical concept. I need the press to make like Paul Revere or Helen of Troy. I know that newspapers in particular are laying off people by the droves. I know that online content has revolutionized how we even take in news events. But so what?

We still need to know with an urgency. We need veils to be pierced over and over again.

All the good Catholics in Boston didn’t want their religion tarnished by the Globe’s exposés, but the victims deserved to have that abomination revealed. The need for exposing our deepest societal wounds have not disappeared.

Loudly show us exactly how that sky is falling and the implication of every shard that falls.