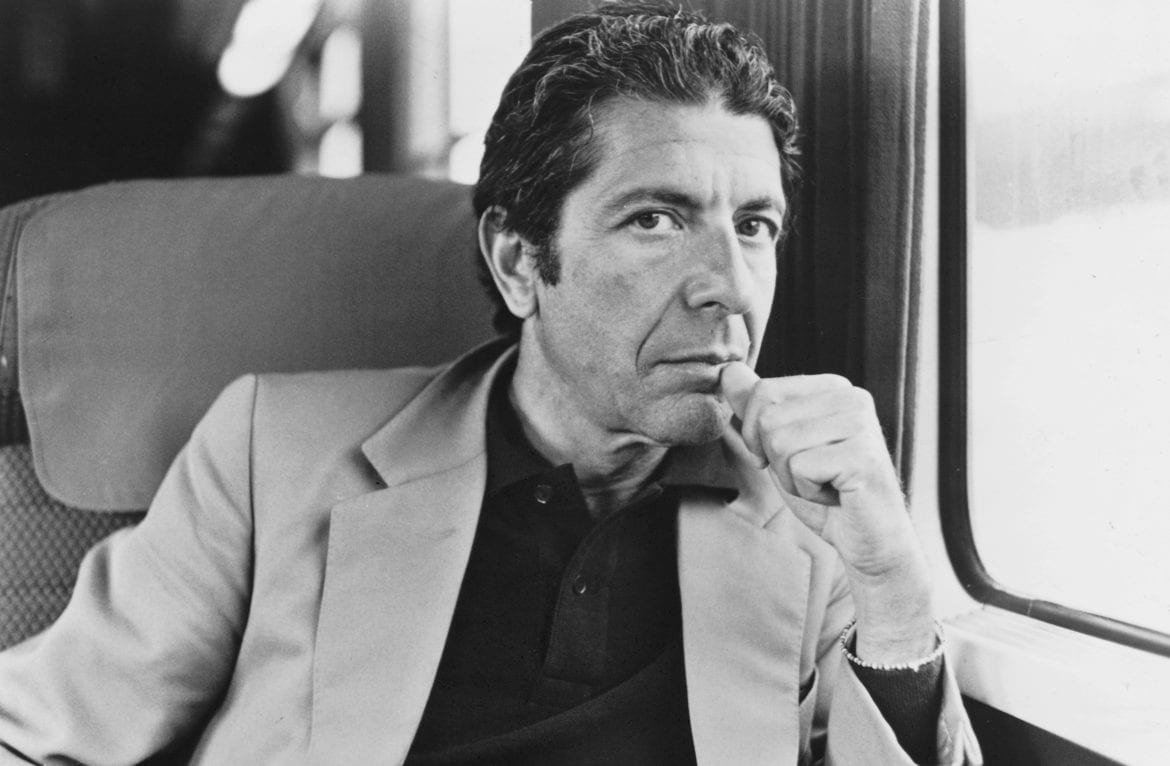 Leonard Cohen, who died Thursday at the age of 82, compelled us to dwell on the relationship between the profane and the profound.
Share this story

Popular music, like every creative form, has produced iconoclasts and idols, whose charisma intersects with the historical moment to carry them into a singular space of greatness. Leonard Cohen was not that kind of star. He was the other kind, arguably more necessary: the companionable genius, compelled by the need to track the muse through the hallways of the everyday, to understand how profane existence can be shot through with profundity. In 1966, Cohen, who died Thursday at 82, told his friend and frequent interlocutor Adrienne Clarkson that poetry was in some ways analogous to polishing shoes. She questioned this remark. He replied, “If you want people to have shiny shoes, you want to write those very good kinds of instructions.”

The Montreal-born Cohen was 32 then, a published poet who’d recently finished the proto-postmodern novel Beautiful Losers and was contemplating a career as a country musician. (He’d played guitar in a trio called the Buckskin Boys as a McGill University student.) According to his biographer Sylvie Simmons, Cohen’s first goal was to write songs worthy of diner jukeboxes, and though he became known as the most bookish of songwriters, he always maintained that vernacular impulse. Early songs like “Suzanne” and “Dress Rehearsal Rag” mix religious imagery with lines about shopping at the Salvation Army and the way a face full of shaving cream can make a man look like Santa Claus. His earthiness allowed him to leave fingerprints as he grasped the sacred – to make that grasp feel truly close and real. Half a century and fourteen studio albums later, Cohen was still approaching life’s greatest mysteries with incomparable ease. You Want it Darker, the final work released just weeks before his death, is a deeply lucid conversation with the self that might be divine but is surely mortal. “I guess I’m just somebody who has given up on the me and you,” he intones in “Traveling Light”; it’s a line, like so many of his, that could be from a honky-tonk heartbreaker or a Buddhist meditation on the nature of non-duality.

Cohen famously studied Buddhism for much of his long life; he was equally steeped in the Jewish heritage that was his birthright, and the Catholic imagery that surrounded him in Montreal and which formed the basis for many of his most lyrical songs, from “Sisters of Mercy” to “Joan of Arc.” He loved the oldest stories, the ones he borrowed from world mythology and the Bible, but retold them in the rhythms of the Beat, of jazz standards and blue comedy. His lifelong dialogue with Bob Dylan was marked by good-natured rivalry; in a 1969 poem fragment he wrote, “To those few high school girls/who preferred my work to Dylan’s/I leave my stone ear/and my disposable Franciscan ambitions.” But instead of emulating Dylan’s obstinate mysteriousness, Cohen wrote in a way that made his allusions and metaphysical insights accessible. His songs were like constantly unfolding commentaries upon themselves – profoundly Jewish commentaries on the act of reading and writing as a way of navigating the world. Reimagining pagan myths and the lives of the saints, talking back to his songwriter peers and his Zen teachers, Cohen wrote a holy book across the lines of hundreds of songs, some of which took him years to write, all of which felt like they arose in Talmudic discussions held over red wine and cigarettes.

For all of this intertextuality, Cohen never became mired in abstractions. He valued the immediacy of the body too much for that. He was a famous lover of (and musical collaborator with) women who found richness in the details of sexual love and the bodily pain of loneliness. He wrote some of the greatest romantic verses of the rock era, and was still doing so into his seventies, though by then he had begun to welcome the “sweet fatigue” of waning desire. For Cohen, erotic love (in his case, heterosexual love, though he also professed the crucial importance of emotional intimacy with men) was the fundament from which human understanding arose. “Woman is the context of a man’s life. A man is the context of a woman’s life. That’s all we’re doing,” he told Clarkson in a 1989 interview. What love is, he continued, is the act of writing a song, endearment by endearment, touch by touch.

Cohen was never a rock and roll satyr or a pop dreamboat; his appeal lay in the aura of experience and sophistication that came, in part, because he was a writer before he was a pop troubadour. Yet as he grew older and kept making albums that attracted new generations of fans, Cohen did become a physical marvel, too. His lachrymose baritone was a voice otherwise unheard in the rock era, and working with producers like Sharon Robinson, Patrick Leonard, and finally his own son Adam, he learned to enhance it using electronics and other production techniques. As a live performer, he conquered early stage fright to become remarkably generous, assembling stellar bands that enabled him to deliver meanderingly cathartic sets that were like nothing else at the time. After financial troubles led him back to the stage in his seventies, Cohen would perform for hours, dropping to his knees repeatedly as if to offer himself as either a sacrifice or a channel – a mortal man resurrected within his own lifetime, showing that real human transcendence remains grounded in the body, in the joints that can still bend to genuflect.

His insistence on making profundity palpable allowed Cohen to write what has come to be known as one of the greatest secular hymns of the late 20th century. “Hallelujah” may not be the song that ardent fans consider Cohen’s best, although it does boast a melody that’s now nearly as indelible in the contemporary American consciousness as “Amazing Grace.” And since Jeff Buckley’s definitive 1994 recording pushed it into new-standard territory, the song has definitely become one of pop’s most carelessly over-covered numbers, with singers leaning into its churchy elements while missing the point of its lines about catastrophic sex and psychic brokenness. Yet “Hallelujah” does show what made Leonard Cohen so great – not the sweep of its arching choruses but the grime on the floor of its verses, the lines about being tied to a kitchen chair and realizing love isn’t victory, but defeat, and the way that Cohen places one of his favorite words, “broken,” right next to the one he borrowed from some old hymnal. There it is: the spit that produces the polish. It comes from the same mouth that offers a kiss and a prayer. More than anyone, Leonard Cohen helped us know that.