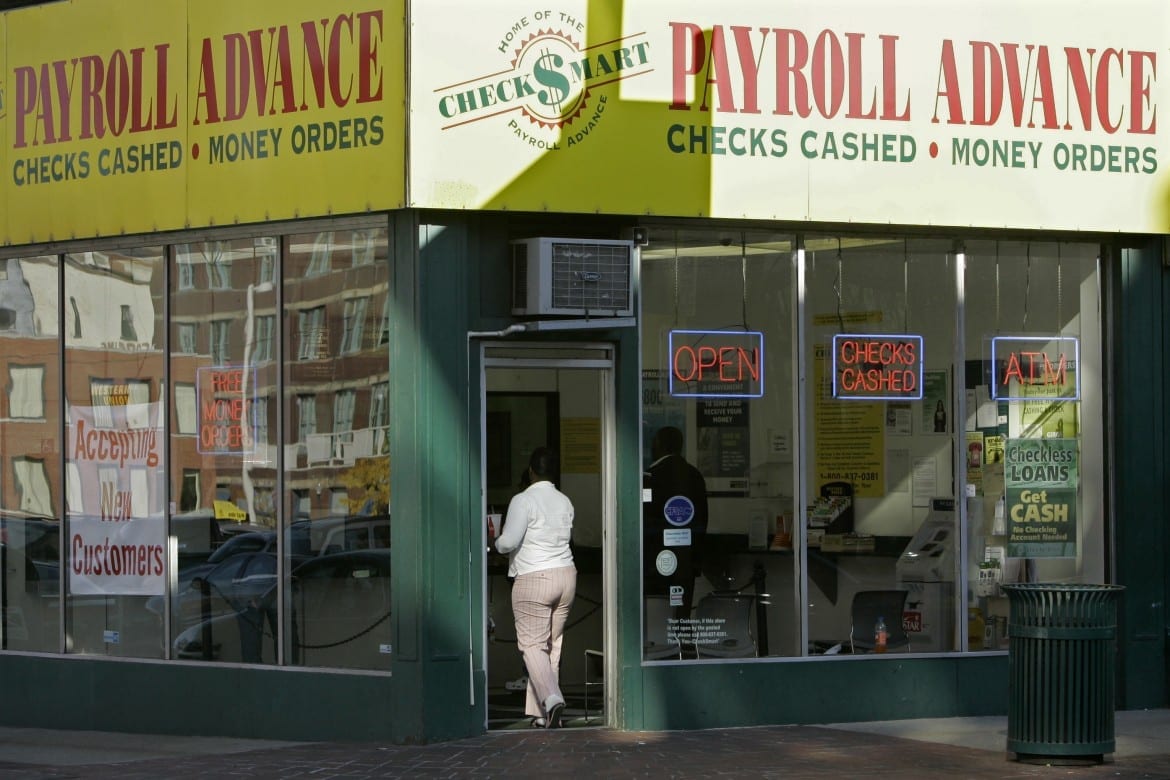 The Kansas City nonprofit Communities Creating Opportunity (CCO) has launched a new payday-loan reform campaign to educate the public about the dangers of payday loans and rally support for legislative reform.

“I am angry,” said Rev. Lloyd Fields as he opened the event.

Lloyd is a pastor at the Greater Gilgal Baptist Church in KCMO and a COO leader. “I didn’t want to come this morning because I am angry, and it shows. I am angry because we have allowed predatory lending in Missouri to come to a point where people’s lives are being destroyed,” he said.

Predatory lending refers to the high interest rates that payday loan businesses charge while primarily advertising to lower-income households. While the loans are designed to help those who need immediate financial relief, they are expected to be paid back in two weeks. Since the loans usually are for individuals who are already in a financial crisis, few are able to pay off the loans within that short period. Therefore, interest is compounded at an alarming percentage. For instance, according to the Federal Trade Commission, a small $100 dollar loan has an annual interest rate of 391 percent. Comparatively, credit cards cannot legally charge an annual interest rate above 36 percent. Many borrowers are forced to take out another loan to pay off the interest on a first loan, creating a downward spiral.

“How many of you realize how insidious this cancer of payday loans truly is?” asked Elliot Clark, a disabled veteran who told the crowd that a payday loan almost cost him everything.

“I can attest to the damage they can do, because I was one of those caught in that debt trap,” he said.

Clark said after his wife broke her foot falling on ice, he took out a small $500 loan to cover the medical costs. But the interest kept compiling. So he took out a second. Then, a third, a fourth and a fifth. At the end of six months, he was $2,500 in the hole.

“I was in this trap for five and a half years,” he explained. “I wound up paying them back in interest alone over $57,000,” he said. “In doing this, it cost me my home, it cost me my car, and almost cost me my marriage.”

Thursday’s launch event is part of a grassroots campaign created by CCO to change Missouri legislation and cap payday loan interest at 36 percent, the same as credit cards.

Mayor Sly James, in a symbolic sign of support, signed a “moral economy pledge,” to a standing ovation by supporters at the event. However, he said his support of change is not enough to make any significant progress and more must be done.

“The talk is not sufficient, we have to do something about this,” Mayor James said.

“Predatory lending creates a cycle of debt that is almost impossible to escape.  …. And there are more payday loan shops in Missouri than WalMart, McDonald’s and Starbucks combined.”

Mayor James told the gathering the only way real change will come is for Missouri citizens to get out and vote.

“If we are seriously waiting for the Missouri Legislature to address this, then we are going to need to make some changes to that Legislature,” he said. “Until we cleanse state and federal politics of money, it will be very difficult to stop what is going on here.”

James was referencing legislation that has been in place since 1991. Prior to that time, usury laws capped the annual percentage rate at 26.2 for payday loans. However, in 1991, payday loan companies were granted exemption from these laws. In 2001, then-Missouri Auditor Claire McCaskill pushed for legislative reform. The Missouri Legislature put a cap back in place, at 1,950 percent, a number so high that payday loan opponents argue it did nothing to address the problem. Since then, multiple legislative attempts to lower the cap on payday loan interest rates have met with little success. Last year in July, SB 694, a bill to cap payday loan interest rates at 36 percent, was vetoed by Missouri Governor Jay Nixon without debate. Many payday loan opponents believe the payday loan industry is conducting a calculated plan to squash any reform efforts, which may involve criminal activity.

The launch event also included a screening of the film “Spent.” A documentary produced by American Express, the film chronicles the lives of three separate families and their dealings with payday loans. The film clearly aims to humanize the payday loan issue.

James ended his speech with some candid opinions about the state legislature and taking personal responsibility for its current roster.

“Make no mistake about this, and this isn’t in my notes,” he said. “We as American citizens have advocated our authority. We let these people get into office, and we sit back and watch them stay there. We don’t vote, we don’t do what we are supposed to, we wall ourselves into this ridiculous false sense of security that says it’s somebody else’s problem. It is not. It is all of ours.”

Tags: disparity • Getting By in KC • health