Climate Change: Why Pope Francis Considers It a Crisis 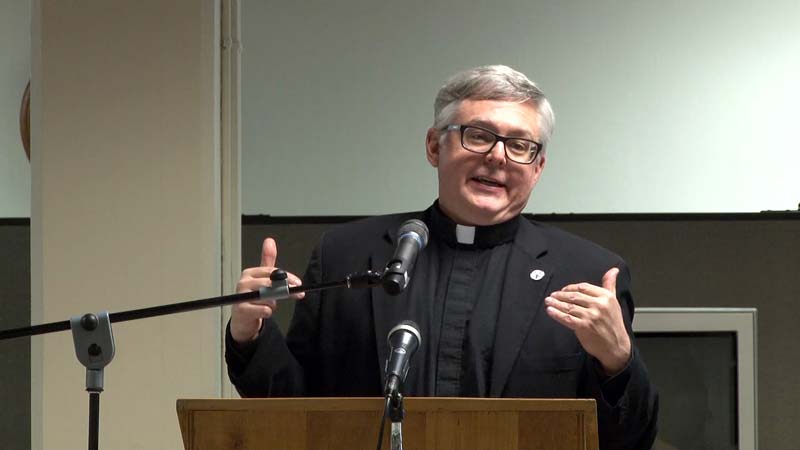 As the United Nations climate change summit wraps up this weekend in Paris, three local groups sponsored a gathering at Queen of the Holy Rosary Church in Overland Park to discuss Pope Francis’s call for action on the environment (Laudato Sí), and to learn what action they can take locally to combat global warming.

The Kanza Group of the Sierra Club, the Sustainable Sanctuary Coalition,  Donnelly College, and the Office for Social Justice of the Archdiocese of Kansas City in Kansas sponsored the Dec. 7 event, which drew about 75 participants.

Msgr. Stuart Swetland, Donnelly’s president, sought to answer skeptics who have asked why the pope should be involved in this issue. As a matter of justice, and of theology, and even of science, Swetland said, Pope Francis has made healing the earth and drawing attention to the climate crisis a key element of his papacy. He is, after all, the first pope named after St. Francis, who famously loved animals and communicated with them, like a real life Doctor Doolitle.

The pope’s letter starts with these words from St. Francis’ “Canticle of the Sun”: “LAUDATO SI’, mi’ Signore” – “Praise be to you, my Lord.” But it’s not the title, Msgr. Swetland told the group, it’s the subtitle — “On care for our common home” — that gets to the heart of the subject.

“We have come to see ourselves as [the earth’s] lords and masters, entitled to plunder her at will. The violence present in our hearts, wounded by sin, is also reflected in the symptoms of sickness evident in the soil, in the water, in the air and in all forms of life. This is why the earth herself, burdened and laid waste, is among the most abandoned and maltreated of our poor; she “groans in travail” (Rom 8:22). We have forgotten that we ourselves are dust of the earth (cf. Gen 2:7); our very bodies are made up of her elements, we breathe her air and we receive life and refreshment from her waters.”

— From the Pope’s encyclical Laudato Sí