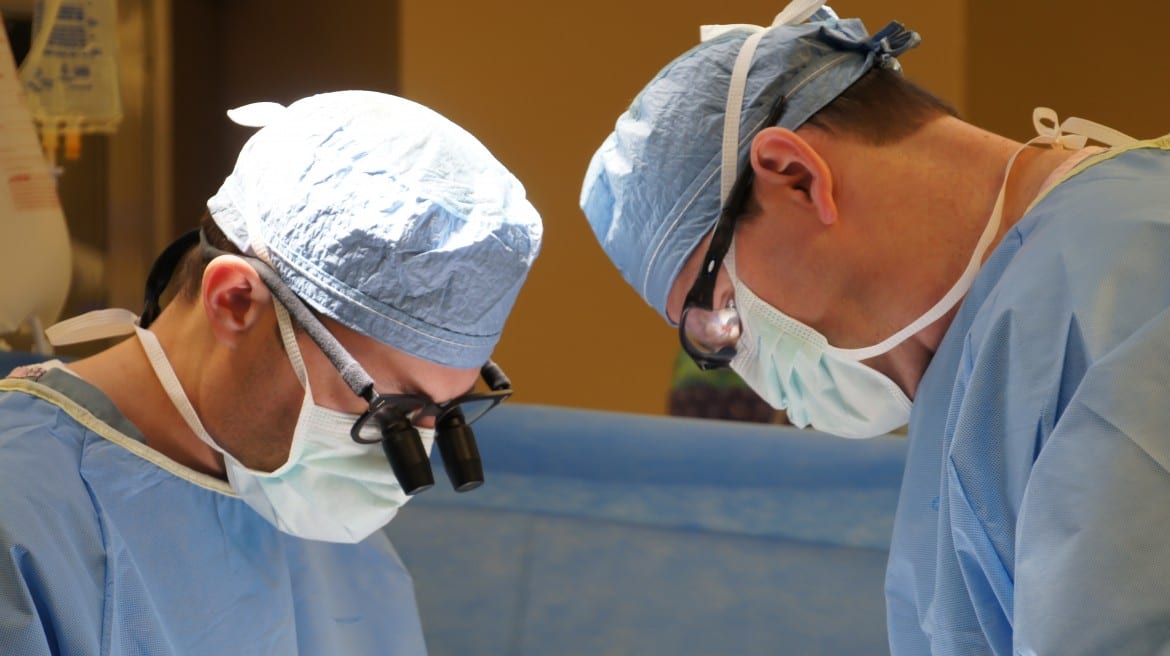 When Steve Jobs needed a liver transplant in 2009, the Apple CEO left California and went to Memphis, Tenn. While his home state has some of the longest waiting lists in the country for donated livers, Tennessee has some of the shortest.

Many health advocates point to Jobs’ story as an example of the harsh disparities faced by those who need new livers in different parts of the country.

Plans are in the works to fix those disparities, but some Kansas City doctors worry about what a shake-up would mean for local hospitals and patients.

Waiting for a liver

After living for years with Hepatitis C, 56-year-old retired pediatric nurse Marcy Quarles was diagnosed with liver cancer in 2013. In March, she was placed on the waiting list for a transplant.

“I sit here and I try to think positive about everything,” she says. “And I carry my phone with me constantly because I just know that I’m gonna get that call any minute, and that’s what I wait for.”

Quarles is staying in a bed at the University of Kansas Hospital, anticipating the day she gets a new liver.

But change is coming to the way donated livers are allocated in the United States, and Richard Gilroy, a hepatologist and medical director of transplantation at KU Hospital, says that’s not good news for those on waiting lists in Kansas and Missouri.

“Bottom line: people from our region will have longer wait times,” he says.

In a KU Hospital operating room, Dr. Timothy Schmitt removes a patient’s liver to make way for a donated one. Dr. Sean Kumar reaches in with a tiny vacuum to clear away blood.

While they work, their guitar rock mix, including tunes like Ozzy Osbourne’s “Crazy Train,” wails in the background.

KU doctors performed 114 liver transplants last year — more than at many of the country’s biggest hospitals. The hospital has even become something of a destination for those seeking transplants. Schmitt estimates about 5 percent of his transplant patients come from outside the region.

KU credits Schmitt and his team with the program’s success, but a lot of credit also goes to the generosity of local organ donors, says Rob Linderer, CEO of the Midwest Transplant Network. The network coordinates organ donation for Kansas and the western half of Missouri.

“We see it with organ and tissue donation, that the Midwest — and particularly our area — people want to help other people, and they want to do it after their death,” Linderer says.

In addition to high donation rates, the area has a high rate of accidental deaths and a streamlined system of organ recovery. Those factors contribute to the entire area, not just KU, having some of the shortest waiting lists for livers in the country — particularly compared with California.

“We have a very, very high rate of liver disease due to the prevalence of Hepatitis B and C in the Pacific Rim, and also there’s a higher predominance to liver failure among Hispanic populations (compared) to the general white population for more genetic reasons,” says Tom Mone, CEO of OneLegacy, which coordinates organ transplants for Los Angeles.

Residents of the area also have longer average lifespans, which means when donors die, their organs may not be viable for transplant. In addition, the city has a younger population, which tends to donate at a lower rate. Those factors contribute to one of the country’s longest waiting lists.

For the past several years, the United Network for Organ Sharing, or UNOS, which coordinates transplants nationally, has been studying ways to address liver transplant disparities by changing the way donated livers are allocated and shifting some organs away from healthier patients and toward sicker ones.

“Patients can wait a little longer and they will be fine, and they’re going to have excellent outcomes, and so will the people that have been dying with a chance of getting one who may be in areas that have less robust access to these organs,” says David Mulligan, a professor of surgery at the Yale School of Medicine who chairs UNOS’s Liver and Intestinal Transplantation Committee.

Today, most livers donated in Kansas and the western part of Missouri are used locally, with about 40 percent going to nearby areas of the Midwest and a few outside the region. UNOS is considering a change from this mostly local allocation strategy to a more regional, or even national, approach.

Under some of the plans being studied, organs donated in Kansas City would be sent much more often to places as far away as Phoenix, Minneapolis and Salt Lake City, depending on where they’re needed most.

Gilroy, the medical director of transplantation at KU, thinks that’s a mistake, in part because of what it might mean for programs like Medicaid.

“The cost to the state of Kansas and the state of Missouri will increase because they’re going to be managing more people sicker longer,” he says.

Mulligan argues the biggest financial cost of the waiting lists comes from managing the patients who are the sickest. Modeling shows that changing the allocation approach would prevent patients in places like LA from reaching the most severe levels of illness.

“We can save over a $150 million in health care costs by reducing these super-sick patients from having to go through that level of illness in hopes they can get a life-saving transplant,” he says.

The Transplantation Committee’s modeling also shows that, although prioritizing sicker patients would result in many healthier patients getting sicker than they would now, it could also save nearly 600 lives nationally over five years.

But Schmitt, the KU transplant doctor who is also the hospital’s director of transplantation, isn’t convinced.

“We need to be careful because we might just create a system that just changes where you die versus how many transplants are done,” he says.

Schmitt believes the key to addressing regional disparities is increasing organ donation rates and, in the case of severely sick patients, transporting them to places like Kansas City to take advantage of shorter wait times.

Like everyone involved in transplantation, Mulligan agrees about the need for more donors but doesn’t think transporting patients is the solution.

Rather, he says, fixing the nation’s liver disparities will require a more collaborative approach.

“I’m telling them, ‘Come on board, and let’s figure out a way. Let’s find a way to work together to save more lives.’ Because in the end, we’re all healthcare providers. We are all passionate about taking the best care we can of our patients,” Mulligan says.

The United Network for Organ Sharing is hosting a public forum on liver allocation in Chicago on September 16.

KU officials estimate that adopting the new approach under consideration could reduce the number of liver transplants it performs by 40 percent over two years.

A decision about the new strategy for transplantation is expected no earlier than the spring of 2015.

Alex Smith is a health reporter at KCUR-FM in Kansas City.