Above image credit: KCUR 89.3 is currently located on the second floor of the building at 4825 Troost Ave. (Kevin Collison | CityScene)
Sponsor Message Become a Flatland sponsor

KCUR 89.3 has a clear signal from the Missouri Board of Curators to pursue building a new facility for the public radio station at the southwest corner of 53rd Street and Troost Avenue, across from Rockhurst University.

The project is in its early stages, according to a record of a neighborhood meeting hosted last month by the University of Missouri-Kansas City.

“KCUR is looking to build a new building and move from their current home,” according to the meeting minutes. “They recently received permission from the Board of Curators and are looking at the property on Troost between 53rd and 54th.

“To accomplish this they will begin a capital campaign. They are very early in this process and plan to solicit community feedback along the way.”

The vacant property on Troost where the KCUR project is proposed is owned by UMKC. It’s located about one mile south of the station’s current location at 4825 Troost.

A study done five years ago for KCUR estimated a new facility for the station would cost approximately $10 million.

The National Public Radio affiliate’s reporters, producers and support staff have worked in cramped, windowless quarters on the second floor of a building owned by UMKC at 4825 Troost for many years.

It’s been searching for a better facility for its operations since at least 2012. That’s when it was included as among the potential tenants in a proposed UMKC Downtown Arts Campus that would have replaced Barney Allis Plaza.

In 2017, El Dorado architecture was hired to review the station’s space and operational needs. The firm recommended either demolishing the current building and erecting a new structure at the site, or renovating an adjacent office building to the north.

“In either scenario, the project is intended to strengthen the station’s ties to the community and allow for unprecedented levels of meaningful engagement with listeners, citizens, and institutions,” according to the El Dorado study.

“University officials and KCUR’s leadership team are confident that a well-focused campaign can raise $10 million to pay for a new headquarters that would serve the station and the community for the foreseeable future.”

Sarah Morris, the general manager of KCUR, could not be reached immediately for comment.

If KCUR is successful in raising the funds for the proposal, it would join Kansas City’s other public broadcasting entity, Kansas City PBS, in upgrading its facility.

KCPBS is currently building a $12.5 million project that is completely renovating and re-envisioning its current complex near 31st and Main streets. It’s part of its $16.5 million “Picture This” fundraising campaign.

When completed, the new KCPBS facility will house the organization’s offices, and the news and programming operations of the Kansas City public television station, the Flatland news website and 90.9 The Bridge radio.

KCPBS/Flatland and KCUR are members of the KC Media Collective, a group of local, nonprofit media organizations designed to support and enhance journalism in the community. 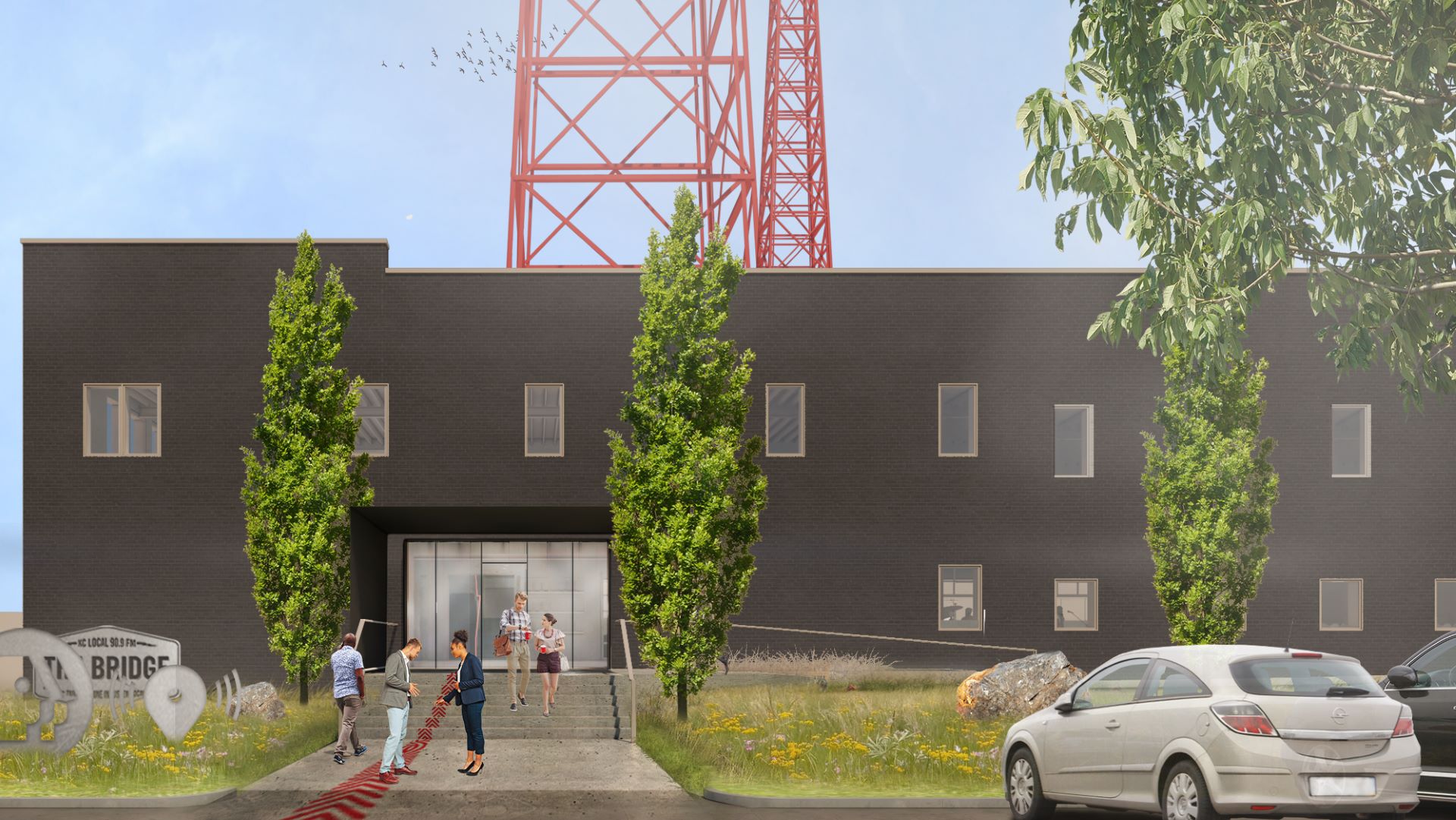 Kansas City PBS Announces $16.5M ‘Picture This’ Capital Campaign Kansas City PBS has begun the public phase of its “Picture This” campaign, a $16.5 million initiative that will renovate its office and news production facility near 31st and Main streets, and strengthen its multi-platform journalism work.