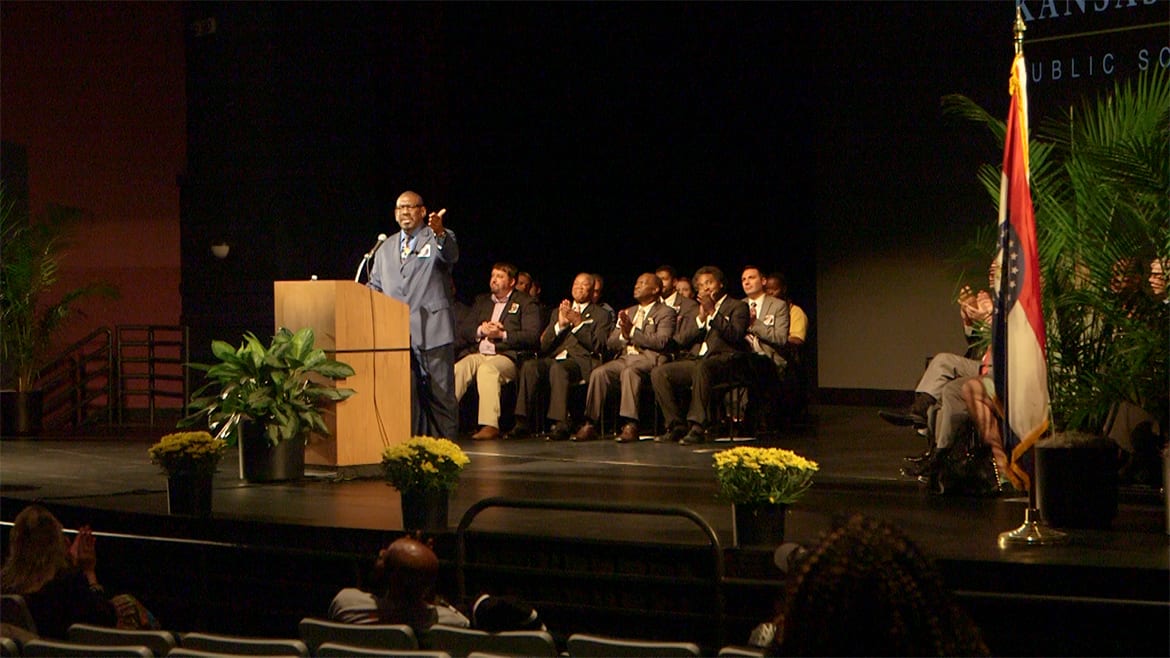 Kansas City, Mo. – The theme of Dr. Steve Green’s State of the Schools Address on Monday, Sept. 30, 2013 at Paseo Academy was a ‘new day’ for Kansas City Public Schools.

“Today I am proud to say that the state of the Kansas City Public Schools is much stronger, undeniably healthier and our achievement level is rapidly increasing for the first time in a decade,” Green said. “The goal now is to continue to take very intentional, systematic and sustainable steps to finally emerge from that dark tunnel all together.”

That dark tunnel Green is referring to is decades of low-performance and the district’s loss of accreditation in 2012.

After the release last month of the 2013 Missouri Annual Performance Report, which indicated the district had doubled its accreditation score, Green stated that they would appeal to the State Board of Education for provisional accreditation.

“I stand here today to tell you that no district in the state, perhaps even in the country has exhibited the kind of turn around that this district has exhibited,” Green said. “In fact I kind of liken it to being 0-4 one year and 4-0 the next year. Go Chiefs.”

The annual address came less than a week after the Missouri Department of Elementary and Secondary Education released a statement saying that it would not recommend a change in accreditation status to the State Board of Education, which will issue a final decision to the appeal after their October meeting.

“The district’s first performance report under the Missouri School Improvement Program 5 (MSIP 5) showed progress in science and math, but less than 30 percent of students are proficient in those subjects,” the press release said. “In English language arts and math, almost 70 percent of Kansas City students are not reading or performing math at grade level. The data suggest that the district has hard work ahead to improve student performance.”

In addition to addressing student achievement and the district’s accreditation status, Green also spoke about the district’s plans relating to parental involvement, truancy, a return to having middle schools, pre-k initiative, and facilities maintenance.