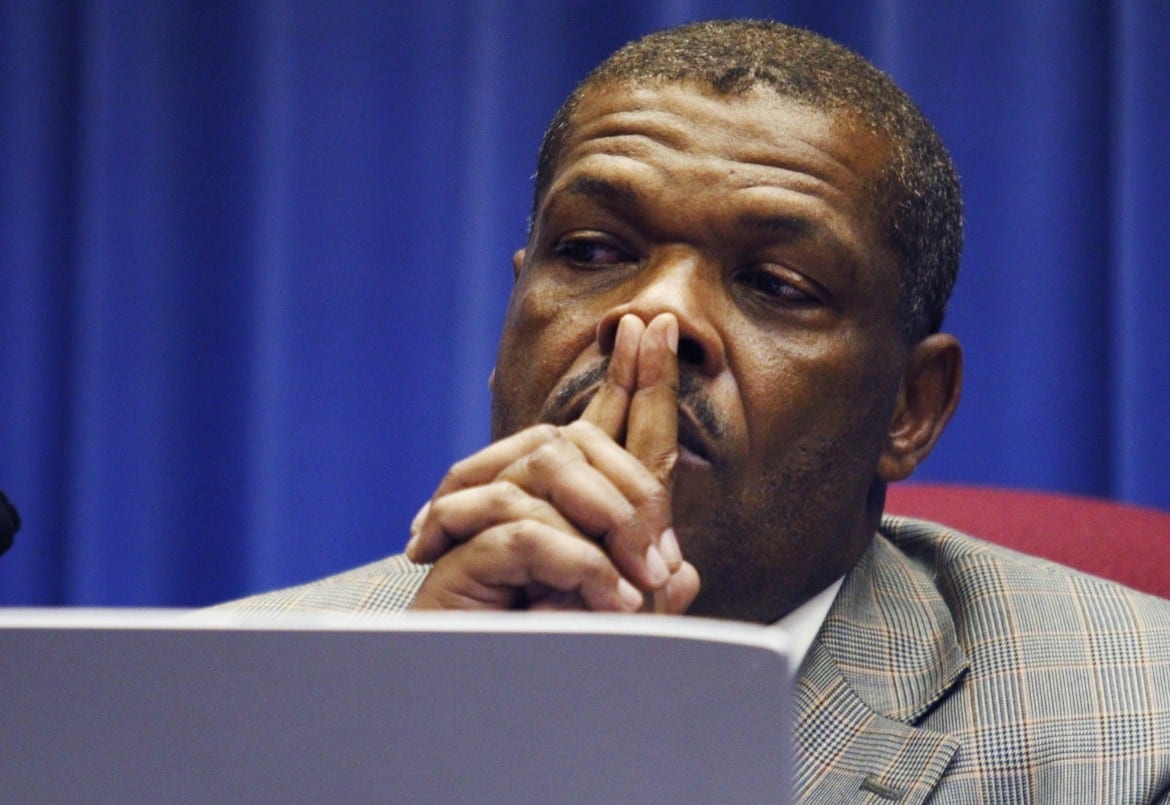 John Covington was one of a long line of Kansas City Public Schools superintendents. He left in 2011, and the school board is now looking to replace his successor. (AP)
Share this story

For a school district that has had a revolving door of superintendents over the past several decades, it would seem natural that Kansas City Public Schools residents would value a person with staying power as the school board is on the hunt yet again for a top administrator.

Indeed, that was one quality mentioned Thursday evening at the Paseo Academy of Fine and Performing Arts, 4747 Flora Ave., as representatives of the district’s search firm held a public forum to gather input as they begin looking to replace Steve Green, who has left for a superintendent position in the Atlanta area.

Yet Mike Rush, an associate with the search firm, Ray and Associates of Cedar Rapids, Iowa, told the audience of about three dozen people that it was unrealistic to expect someone to stay at least a decade, as was suggested by one attendee.

“We would love for that to happen,” he said. “However, things happen.”

Green, for instance, left the district after four years because the new job takes him closer to family.

The average tenure of a superintendent in an urban school district is about three years, Rush said. He said Ray and Associates has a track record of finding candidates who stay about six years most of the time.

Thursday’s forum was part of a two-day visit to the city by Ray and Associates representatives, who also talked with students, teachers, principals and business leaders.

Rush said the firm hopes to help the school board winnow down the applicants to a field of about a dozen by mid-October. The plan is to have the school board settle on its preferred candidate by the end of October.

Other traits that audience members said they would like to see in a new superintendent included a commitment to special education students, respect for teachers, experience serving a demographic similar to the one in Kansas City, and the ability to motivate.

“I want someone who can inspire – inspire families to do better,” said parent Cheryl Goodwin.

“This is too big of a system just to have one style,” Wright said.

Rush walked the audience through a series of questions during the forum, including highlighting the strengths of the district that could entice a candidate.

Attendees mentioned characteristics such as an improving ability to recruit quality teachers, long-term commitment from families, and solidarity in times of crisis.

In addition, said Catina Taylor, a resident of the Blue Hills neighborhood, the district has “pockets of greatness” and needs only to bridge the gaps between the high-performing and low-performing sections of the district.

When it came to talking about critical issues for the district, some in the audience said parents must be more engaged with their children’s education.

But LaKesha Allen said parents are not unlike superintendents who leave posts because of developments in their personal life.

“Life happens to us parents, too,” she said.