KC flu ‘epidemic’? It’s not as scary as it sounds 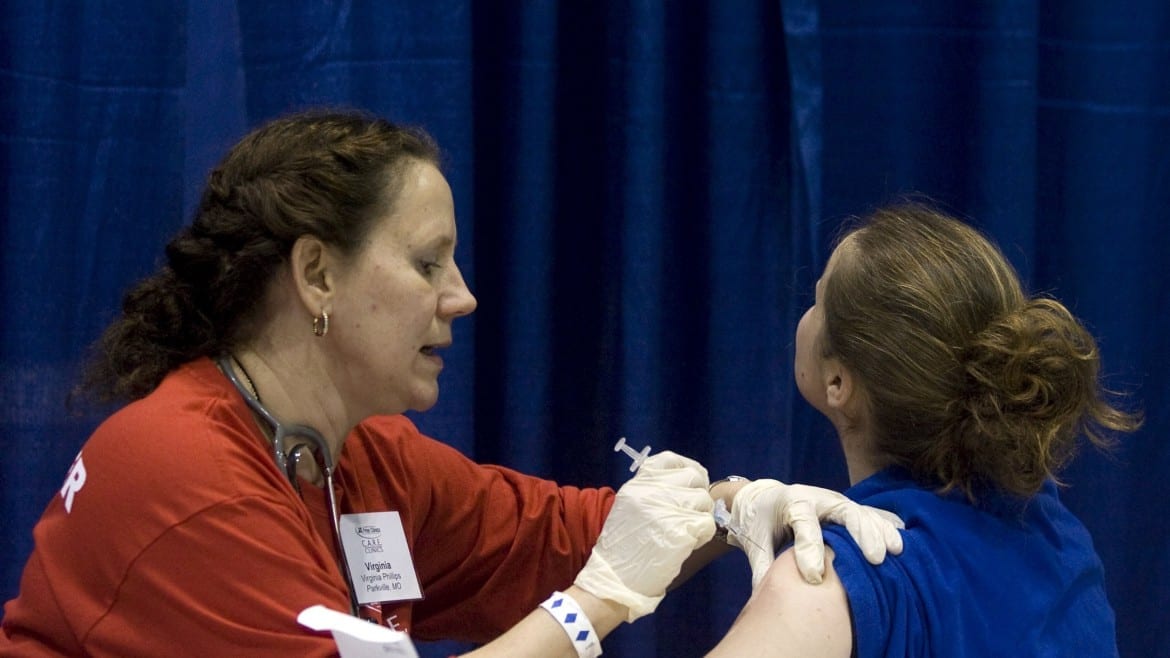 The phrase “flu epidemic” might raise alarm bells for some, but don’t let headlines about this season’s outbreak scare you too much.

“The ‘epidemic’ designation is basically just a way we characterizes whether flu season has started or not,” says Erin Burns, a health communications specialist with the Centers for Disease Control and Prevention’s influenza division.

In fact, a flu epidemic occurs every year.

Burns says the CDC declares an epidemic when health providers have reported high numbers of flu-like symptoms, hospitalizations and deaths.

The specific numbers required to reach the epidemic threshold vary from year to year.

The first indicator of a flu epidemic, the appearance of an influenza-like illness, was recognized in the United States by the CDC about five weeks ago.

The outbreak drew media attention this week following a CDC report that 15 children in the U.S. have died from the flu this season.

The outbreak may turn out to be severe. But it’s nothing particularly out of the ordinary, health experts say.

“We are in the parameters of a normal flu season,” Burns says.

While regional hospitals have reported an influx of emergency room visits by patients with flu symptoms, health officials say the epidemic has not required extraordinary measures.

“Right now we’re not at a level that’s going to indicate that we need to do other measures than we already do every single day,” says Bill Snook, spokesman for the Kansas City Health Department.

“They’ll continue to treat everybody that’s at the facility,” he says. “If a facility goes on diversion to ambulances, then typically, you’ll see that occur for a few hours at a time until they have an opportunity to treat some of the existing patients they have within the facility.”

On Tuesday, the chief medical officer of the University of Kansas Hospital, Dr. Lee Norman, said that that 36 people were in the hospital with confirmed cases of the flu or with flu-like symptoms. He said he could not remember a time when inpatient cases at the hospital exceeded 10.

But Snook says the most recent doctor-provided data actually show a dip in the number of patients presenting with flu-like symptoms. The data is from last week, however, and may simply reflect large numbers of doctors’ offices closed for the holidays rather than a decrease in the flu.

What sets the current epidemic apart from outbreaks in other seasons is the mismatch between the flu vaccine and the strains of virus circulating.

The CDC announced in early December that about half of the flu viruses discovered in patients were not anticipated by scientists and manufacturers responsible for this season’s flu shot.

“It’s possible that the vaccine could work less well than usual, but we don’t know that for certain at this point,” Burns says, referring to the current outbreak.

Even a well-matched vaccine is only about 60 to 90 percent effective, health experts say.

The CDC still urges those who have not gotten this year’s shot to do so as quickly as possible.

“There is data to suggest that even if you have a drifted virus that’s circulating, which is what we’re seeing now, that the vaccine can cross-protect,” Burns says.

The CDC also urges those who have contracted influenza to take antiviral drugs such as oseltamivir (Tamiflu) or zanamivir (Relenza) to reduce the length and severity of the illness.