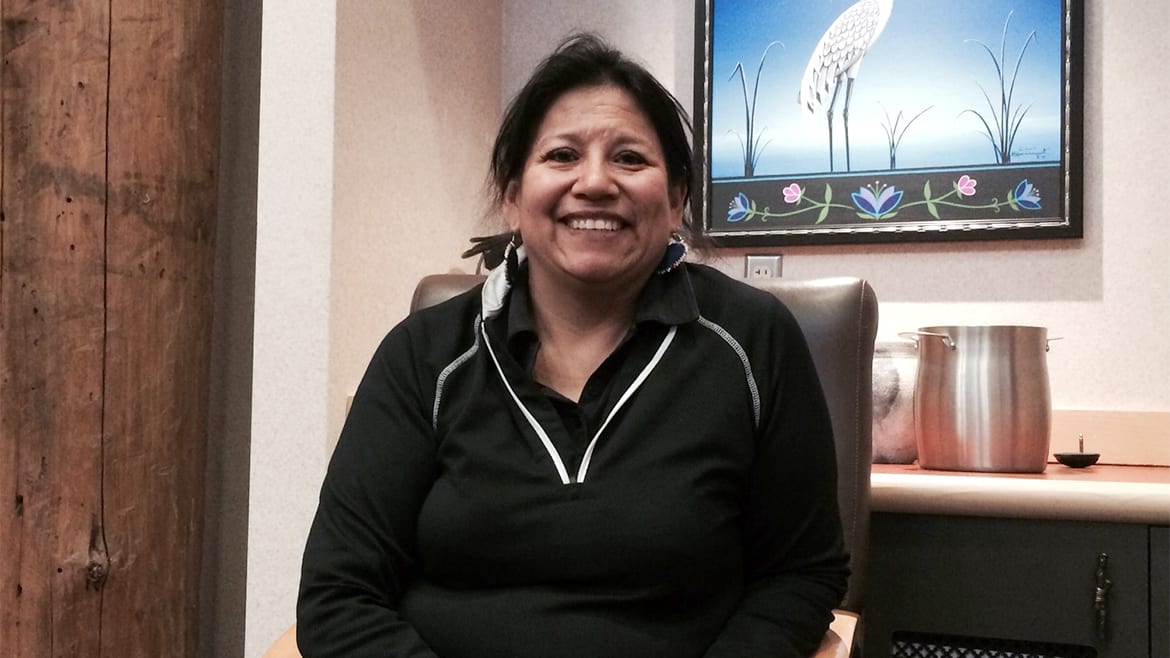 Like many people in rural, medically underserved areas, many of Kansas’ Native American groups struggle with health problems. The four largest groups – the Iowa, Kickapoo, Prairie Band Potawatomi, and Sac and Fox – live in isolated reservations in northeastern parts of the state.

I understand that you’ve identified three main problems to focus on, including obesity and diabetes, elder care and mental health, and I wanted to ask about each of those, starting with diabetes. Why is that an issue for Native Americans in Kansas?

Diabetes is a very high prevalent in tribal communities. Tribal communities used to eat tribally-native food, and now we’re eating more European or more Western food, or more foods with additives and things, and that wasn’t really in our diets before. And so we have a higher prevalence of diabetes in our communities. And so we are trying to be more preventative about that so we have less people that are diabetic, because obesity leads to diabetes, and it also leads to other health issues. And we want to extend our life expectancy.

And can I ask you to explain what the big issues facing some of the elderly are?

Transportation is hard because sometimes we don’t drive as much when we are elderly. Being on a fixed income, you can’t buy as many healthy foods as you can on a fixed income because you have to buy the other food that will last you through the month.

We need a little bit more help on planning our diets and our nutrition. We’ve only learned how to cook with what we’ve had, and it’s a change to learn how to cook healthier and eat healthier.

What about the mental health issues?

Mental health issues, we’re trying to provide more services. We have addictions. Sometimes people are afraid to ask for help, or don’t know what is available in their area, or it’s just not talked about very well, so want to encourage more people to use our mental health facilities and services that are available to them.

Now I know that in many rural areas, there have been problems with access to healthy food because of lack of grocery stores or healthy produce. Is that a problem for Native American groups in Kansas?

Yes. Reservations aren’t located in the high-population areas. We’re more rural, and so, yes, we have to plan that out.

We also have a gardening program that is available to our tribal members here that they can help you garden. But we still have the trouble of getting access.

So what’s being done to address some of these issues?

We have a special diabetes program which is for pre-diabetics. It’s a 16-week program. It helps you learn healthier ways to eat, healthier ways to exercise, changing your overall approach. And it’s a group effort. And sometimes it’s a competitive effort.

We also have a walking trail, which is available to all tribal members. It’s a six-mile walking trail. It’s a nice opportunity for us out here without having to drive to town to do something healthy. We have it right here in our community in our backyard.

How much of a role does the state of Kansas play in Native American health?

We were fortunate with Dr. Robert Moser (former Secretary of the Kansas Department of Health and Environment) that it has increased. Beforehand, we didn’t have a lot of access to health agencies. That is something that Gov. Brownback has asked his agencies to work with us. We are getting more information and more knowledge to some of the agencies, but not all of them know what we have and what we offer. So this is a small step which is very fortunate for us, but I’d like to get to the point that the state agencies would know more about us and provide that care here to us. You know, the expanded Medicaid makes a big difference for some of our tribal members.

Medicaid expansion – is that something that the Prairie Band Potawatomie Nation is hoping for?

It would be nice to have those federal dollars coming in because that helps us provide more for our tribal citizens. It’s just like everybody else, they want to provide the best for their tribal community members, and that would be helpful to us if that was available here in the state. I’m not for sure when that will occur or if that will happen. Some of the other states where tribal members are, it has happened, but right now it has not happened here in our community and our state.