Best Players Could Cash In On March Madness 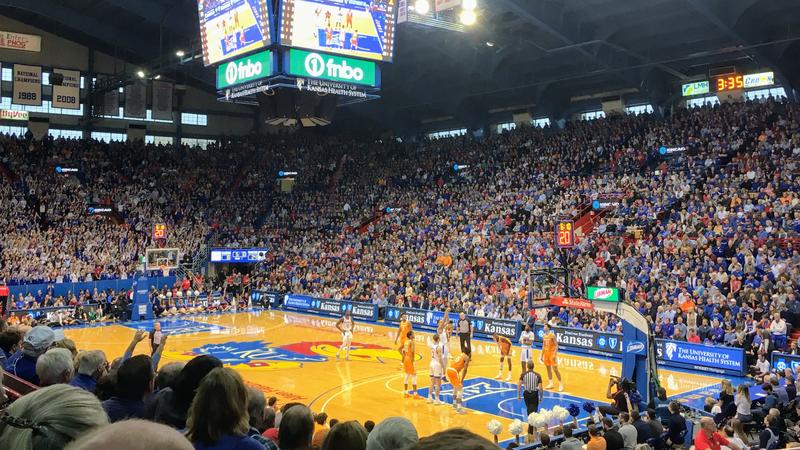 TOPEKA, Kansas — If Kansas lawmakers pass a bill allowing student-athletes to make money off endorsements, you might see the next five-star KU or K-State basketball recruits selling cars, shoes or soda.

Dozens of states, including Kansas, Missouri and Oklahoma, are thinking about changing the rules since the NCAA said in October that it will eventually allow student-athletes to be paid for their name, image and likeness. These bills are stopgaps, aimed at putting rules in place should there be a period of time before national rules are approved by the NCAA or Congress.

It’s a question that’s been problematic for the NCAA for years. In 2016, the U.S. Supreme Court declined to take up an antitrust suit filed by a former UCLA basketball player. California took matters into its own hands last year with a law to let students profit off their likeness, though it doesn’t take effect until 2023.

Currently, student-athletes are ruled ineligible if they make money on endorsements. Missouri U.S. Rep. Emanuel Cleaver has proposed a national rule that would have colleges directly pay athletes. The Kansas plan doesn’t go as far, instead allowing money from outside endorsement contracts.

“This legislation in Kansas makes sense at this time,” Garrett said, “but the hope would be that there is that federal legislation.”

It’s a sort of begrudging endorsement from the schools. Kansas State University Athletic Director Gene Taylor wants to keep up the current system, in which student-athletes aren’t allowed outside endorsements deals.

“We would prefer no rules, honestly,” Taylor said. “Just let us continue that this scholarship is valuable enough. But that’s not the direction this is going, so we have to move forward.”

The colleges don’t want to be on the cutting edge, where they might run afoul of NCAA rules and trigger punishments from the league. But they also don’t want to be left behind if other states allow endorsement deals.

To walk that tightrope, Kansas’ bill includes a trigger: It would only legalize outside endorsement deals for student-athletes after 15 other states have similar laws.

For schools in Kansas, the concern is that recruiting won’t be easy if other states allow athletes to make money but Kansas doesn’t.

“I think it gets very tough,” said University of Kansas Director of Athletics Jeff Long. “Without this bill passing, we would be placed at a disadvantage.”

The discussion comes at a time when KU is being investigated for potential NCAA recruiting violations. It’s based on federal court testimony in which Adidas representatives said they made payments to recruits. The school didn’t address the allegations during a legislative hearing in Topeka, but told the NCAA that the agents weren’t working on behalf of KU.

Garrett wants to see enough controls in a Kansas law so the endorsement deals aren’t used as part of recruiting.

Lawmakers could take action on the bill later this session or continue work next year, according to Republican Sen. Julia Lynn, who chairs the Senate Commerce Committee.

Lynn said there are still a variety of details to work out, including how the endorsement deals would be taxed.

“Collegiate athletics is very complex. There are multiple layers there,” she said. “The money is really big in this issue.”

Republican Sen. Molly Baumgarnder wants to make sure there are enough protections in the bill, so athletes and their families know what they’re getting into with endorsement deals, especially when it comes to high school recruits.

Smaller private schools, who aren’t major players in the recruiting game like KU, K-State and Wichita State are, are concerned about the types of endorsements that might be made available.

Some of the 20 schools in the Kansas Independent College Association have faith traditions that disapprove of alcohol and don’t allow it on campus.

But under the bill, the schools wouldn’t have any say in outside endorsement deals.

“A student-athlete could share his or her likeness with a beer company and the institution would have no power to limit such a contract,” KICA President Matt Lindsey told lawmakers.

Stephen Koranda is Statehouse reporter for the Kansas News Service.