Food waste has been climbing the EPA’s list of priorities in recent years. Conceived in September 2015, the EPA’s U.S. 2030 Food Loss and Waste Reduction Goal aims to cut food loss and waste in half by the year 2030. The EPA estimates that in 2016 about 328 pounds of food was disposed of without being consumed per person.

Separately, the U.S. Department of Agriculture estimates that 30-40% of the nation’s food supply goes to waste annually — enough to fill the Rose Bowl stadium in Los Angeles, every day.

Even to solution-oriented observers, the numbers are staggering. Fortunately, folks like MARC Solid Waste District Manager Lisa McDaniel have a plan.

When the competitive EPA grant money became available, McDaniel’s group, which has been previously recognized for achievement by the EPA, decided to triple-down on its efforts to scrap food waste. The MARC Solid Waste Management District’s approved grant application lays out a three-pronged strategy to reduce food waste locally through a Regional Food Waste Reduction Action Plan, food system mapping and an educational campaign.

MARC’s plan will work in conjunction with the Unified Government’s planned composting facility feasibility study, along with the K-State’s project to provide on-site technical assistance, identifying and documenting opportunities for food and solid-waste packaging source reduction, diversion and recycling in Johnson County.

“A few of the groups here felt that it was time to pay attention to food waste and put some action toward the issue,” McDaniel said.

When considering the entire lifecycle of edible and non-edible food and the waste and solid packaging that comes with it, McDaniel plans to help hold the kitchens, grocery stores, farms and warehouses — in addition to consumers — to a higher standard.

“We’d like to focus where we can on waste reduction because that’s where you will see the most benefits,” McDaniel said. “If you don’t create as much waste, then you haven’t lost those resources that you use to explore, grow, mine and transport. When you wait until recycling or composting, you’ve already wasted a significant amount of resources.”

Like any big problem, food waste is a multifaceted issue.

What is Sustainable Materials Management (SMM)?

A “tentpole” of the EPA’s current action plan, sustainable materials management is “a systematic approach to using and reusing materials more productively over their entire life cycles.”

More specifically, the EPA’s 2017-22 strategic SMM plan has its sights set on the chance to achieve environmental, economic and social results in three areas:

This semester, White is teaching “UBPL 200: Sustainability and Society” on campus. She’s encouraging her students to consider thinking about addressing complex issues related to sustainable living before it becomes too late and a crisis is on the doorstep.

She applied the same logic to how strides in waste management are being made — or not — in the Midwest. White says a shift in thinking from “out of site, out of mind” is imperative.

“Why should they understand how a landfill works? You’re essentially entombing the waste. What it takes for food waste to break down is air and water and stuff that landfills don’t mix,” White said.

White is referring to the dangers of dumping food waste into landfills. Once water and air no longer expose solid waste to oxygen, methane-producing bacteria move in to decompose the waste, and in turn, release methane into the atmosphere. A greenhouse gas, methane is harmful to earth’s atmosphere and accelerates climate change.

According to the EPA, municipal solid waste landfills are the third-largest source of human-related methane emissions in the United States. EPA data found that the methane levels released from municipal landfills in 2019 were approximately equivalent to the greenhouse gas emissions from more than 21.6 million passenger vehicles driven for one year.

“People don’t like feeling wasteful about food — not everyone has enough to eat. We buy things that go bad, buy too much,” White said. “In general, we haven’t done enough to make it easy to minimize our waste.”

White says when it comes to addressing the issue of solid food waste, it’s critical to make options like composting and food recovery resources convenient for both consumers and producers. Also, the rules for composting need to be made clear — for example meat doesn’t go in a compost pile.

One could say McDaniel is almost literally picking up what White is laying down.

Plans for an online food mapping system from the Solid Waste Management District could connect anyone with a surplus of food to food recovery/donation/compost options in the region.

The group’s focus on bringing together various stakeholders from across the region, who play a part in feeding the community, will be designed to reduce consumer waste, promoting sustainable solutions from the start.

As for the good news, both White and McDaniel shared a few examples of projects that were initially ideas and later turned into integrated and operational solutions.

In regards to considering the lifecycle of the things we use daily, from production to consumption, White cited Interface, a carpet company that sells its product in squares, so that if one portion of the carpet is damaged, that piece can be swapped out, replaced and recycled by the manufacturer.

McDaniel noted After The Harvest, which connects would-be wasted food with the food insecure.

“It’s a woman who recognized that there was a lot of produce at orchards and farms leftover that doesn’t need to go to waste just because it didn’t get harvested. They have a volunteer base that will go out to these places and gather what’s still good,” McDaniel said.

“They’ll make it available to those who need it.” 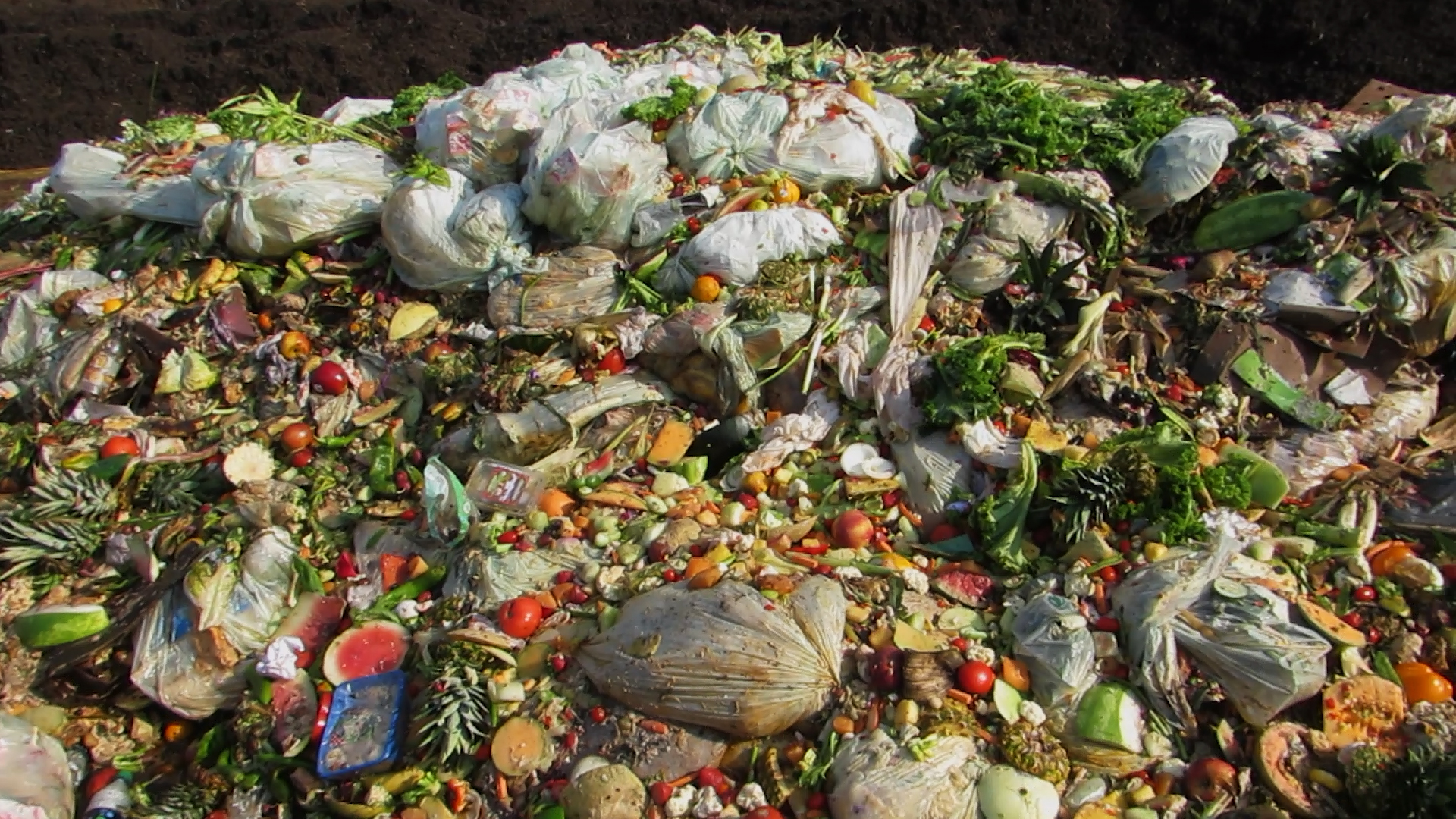 Food Waste Piling Up More Than Ever Americans are really good at wasting food. In fact, we’re wasting more with every passing year. Here’s what you can do to help prevent food waste, or at least put it to better use.