When it comes to its environmental stance this is not your grandma’s Kansas City.

Kansas City just received an “A-” on a survey of 1,000 global cities’ environmental and climate change policies conducted by CDP, an international climate group, up from “B” a year ago.

The city of bloody, smelly stockyards and industrial emissions overlaid with a cloud of roasted coffee beans downtown is no more.

That is why Kansas City leaders plan to launch a bold campaign to plant 10,000 trees — one tree for every 50 residents — in the next three years, particularly in treeless heat islands in the urban landscape.

Some context helps explain why such a project in 2022 would even make the “to-do list” of a young city manager, a young mayor, a group of inspired city urban planners and others. When it comes to positioning Kansas City and other ambitious cities for success, new yardsticks are being employed.

Besides preserving the climate, a city’s boldness in taking steps to mitigate climate change will be rewarded financially by making that city’s municipal bonds more attractive to a growing cadre of investors, environmental strategies say.

“There is a ton of implications across the financial and policy environment,” Katie Walsh, a CDP leader, told Flatland.

Kansas City is making great headway, and now comes external validation in the form of an “A-” from CDP.

Mayor Quinton Lucas, in a statement crafted to describe the city’s Climate Action Plan, wrote, “Over the past 15 years, Kansas City has proudly enhanced our commitment to climate action, recognizing we are already experiencing dangerous climate change impacts like increased flooding and extreme heat.”

City Manager Brian Platt told Flatland: “The efforts prioritized across the organization have contributed to a culture of sustainability that leads the nation. From our investments in renewable energy to our fare free public transit, the entire city continues to demonstrate a commitment to environmental impact that will create a more resilient Kansas City.”

Kansas City was singled out, according to CDP, because, “Your jurisdiction has demonstrated best practice standards across adaptation and mitigation, has set ambitious goals and has made progress towards achieving those goals.”

CDP, once known as the Carbon Disclosure Project, runs a disclosure system for investors, companies, cities and others to monitor and manage their environmental impacts.

Founder Paul Dickinson established the London-based organization in 2000 to make sure investors and policymakers have accurate information about the catastrophic consequences of climate change and to ensure that bad actors face financial consequences.

“There is a ton of implications across the financial and policy environment.”

Globally, 122 cities achieved a grade of “A” this year and 50 were recipients of “A-”, according to Walsh, CDP’s head of cities, states, regions and public authorities in North America.

Kansas City has its sights set on achieving “A” next year, joining an elite group of cities such as Atlanta, Plano, Texas, and New York, said Andy Savastino, Kansas City’s chief environmental officer.

“The report provided by CDP not only provides highlights of a city’s efforts but provides insight to areas that may need attention,” Savastino said.

Indeed, the report recommends that Kansas City should do more to electrify mass transit and address the problem of food waste, a source of climate warming methane.

But the city’s most glaring deficit, CDP said, was the area’s failure to develop policies to boost the adoption of renewable energy, the only one of seven policy targets the city failed to address in CDP’s assessment.

“Your jurisdiction does not have a renewable energy generation, consumption and/or installed capacity jurisdiction target in place,” CDP wrote.

That may be why the city is aggressively pursuing the development of 500 megawatts of solar generation at the newly refurbished Kansas City International Airport. It would be the largest municipally owned solar installation in America. The city has not yet decided who will develop the project or whether the city, Evergy or a third party will ultimately own and operate the solar array.

Evergy, the local electric utility, has been mum about its options.

Kansas City listed nine major of its initiatives in its 2022 filing with CDP that resulted in the “A-” grade. They are:

The Renewables Direct Program is an Evergy initiative that the company describes as follows: “Renewables Direct is a new program that allows commercial and industrial customers to offset a percentage of their energy usage through a renewable resource. This program is designed to provide large customers a path toward their sustainability goals with abundant, affordable renewable energy.”

On the tree front, the city is now finalizing plans to massively expand tree planting, a $1 million a year campaign over three years to plant 10,000 new trees, according to Forest Decker, Kansas City’s director of neighborhood services. The city will seek federal support for the effort and trim costs by trying to get volunteers to help plant the trees.

“Regarding our goal for the next three years, we plan to coordinate funding and city resources, and leverage state and federal funds, to plant 10,000 new trees in Kansas City,” Decker said. “This will be a citywide initiative, and we will concentrate on neighborhoods that will make the biggest environmental impact while meeting some of the goals outlined in the Climate Action Plan.”

“The city of KCMO approved an Urban Forestry Master plan in May 2020,” said Crowder, a program manager with Bridging the Gap, a nonprofit that contracts with the city to plant trees. “This plan outlines the current tree canopy coverage, 31%, and sets a goal of 35%.”

Crowder noted that the existing tree canopy has a total benefit of over $28 million in “ecosystem services” such as air pollution abatement, stormwater retention and carbon sequestration.

“Unfortunately, our tree canopy is in decline through loss of trees due to maturity, storms, invasive pests and development,” Crowder said. “Planting trees annually, and working to protect the ones we have, will be an important endeavor over the next few decades.”

Programs such as the tree plantings underscore how cities and companies are escalating their efforts to heighten sustainability and head off dire climate disasters from climate change, the CDP’s Walsh said.

“The bar continues to rise and the timeline gets shorter with the goals being set,” she said. She commended Kansas City for being among the vanguard of cities around the world that are using tools such as the CDP report card to benchmark their policies against the best being developed worldwide.

“It underscores the importance that local governments are applying to it in a thoughtful way,” Walsh said.

“As we look forward to the next 20 years of climate action, there remains an urgency to act, to avoid the most damaging effects of climate change. Through the development of the Climate Protection and Resiliency Plan, we’ve learned the true power and solutions lie within our neighborhoods and community-based organizations,” Lucas said.

“Kansas City is full of cultural diversity, passionate advocates, a skilled workforce, and caring neighbors — all of whom are necessary to addressing the causes and impacts of climate change in our community.”

Martin Rosenberg is a Kansas City journalist and host of the Grid Talk podcast on the future of energy. He traveled to London to interview Paul Dickinson and his launch of the Carbon Disclosure Project two decades ago for a national energy publication where he was editor-in-chief. 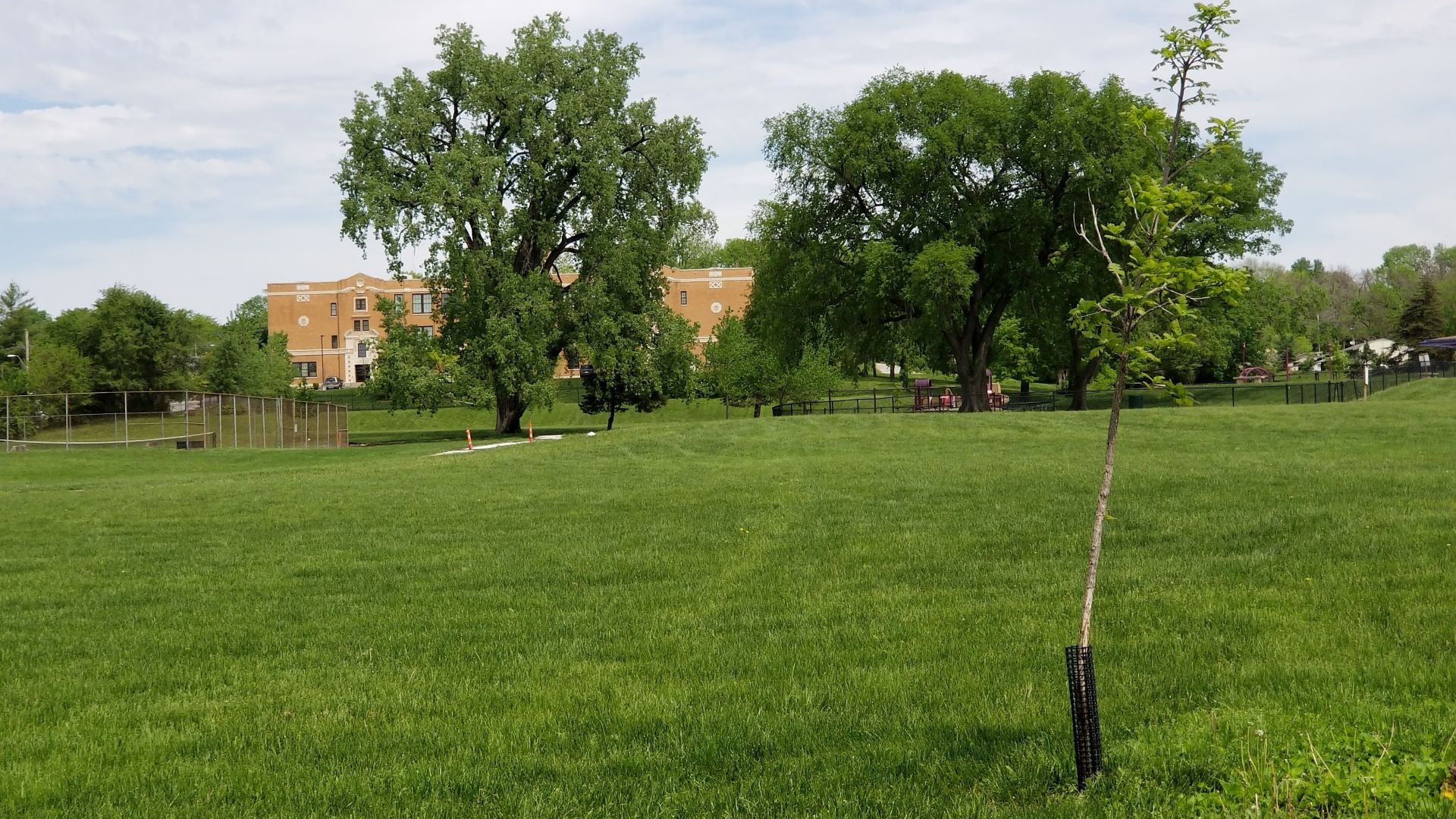 Climate Change Highlights Value of 19th Century Plan for ‘A City Within a Park’  Civic, government and nonprofit leaders are evoking 19th century planner George Kessler’s “city within a park” concept to help address the effects of climate change in Kansas City. 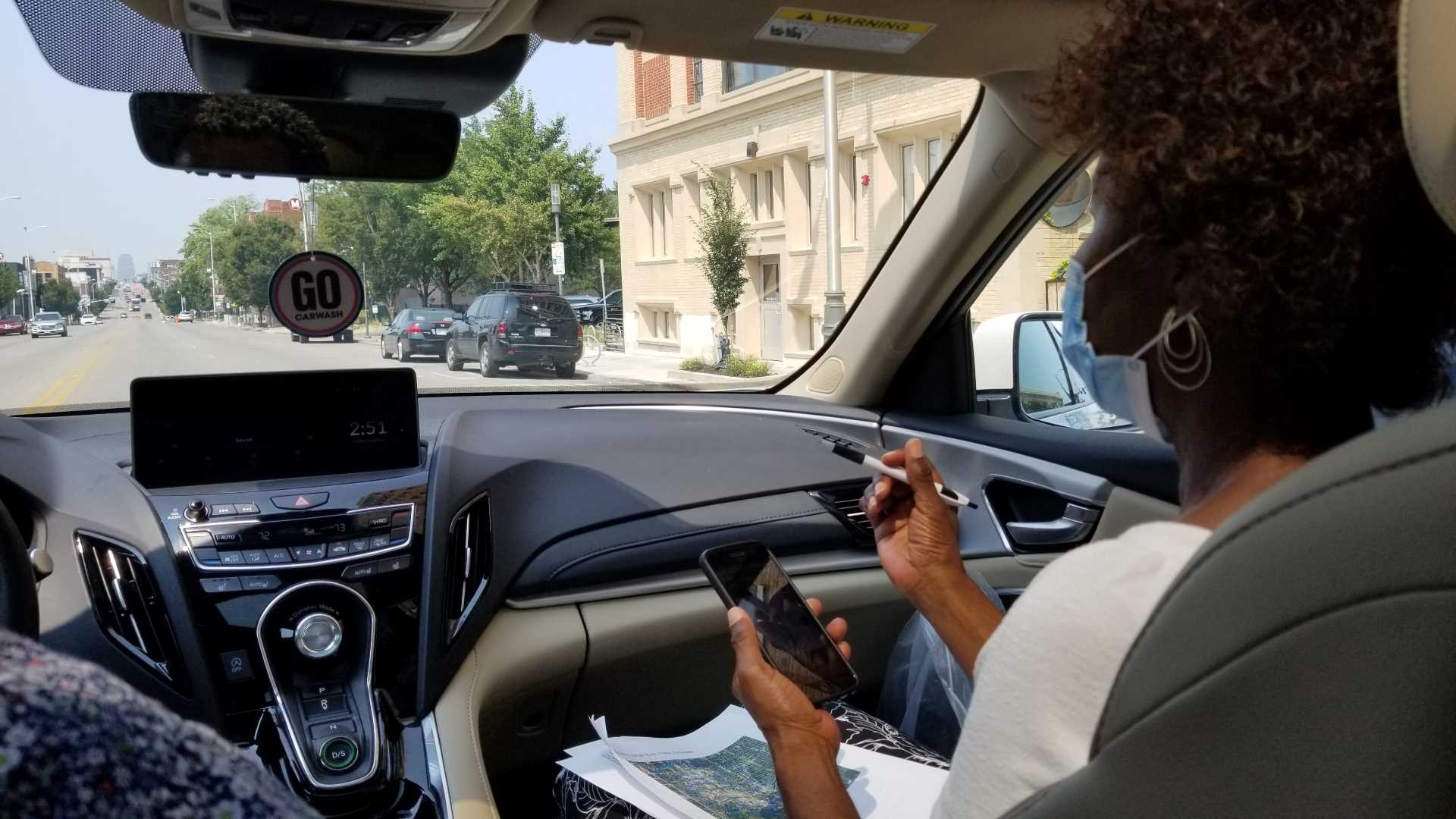 Hunting for Hot Spots in Kansas City’s Climate Kansas City volunteers are part of a nationwide effort to map “heat islands” in cities where temperatures can be nearly 10 degrees higher than surrounding areas. 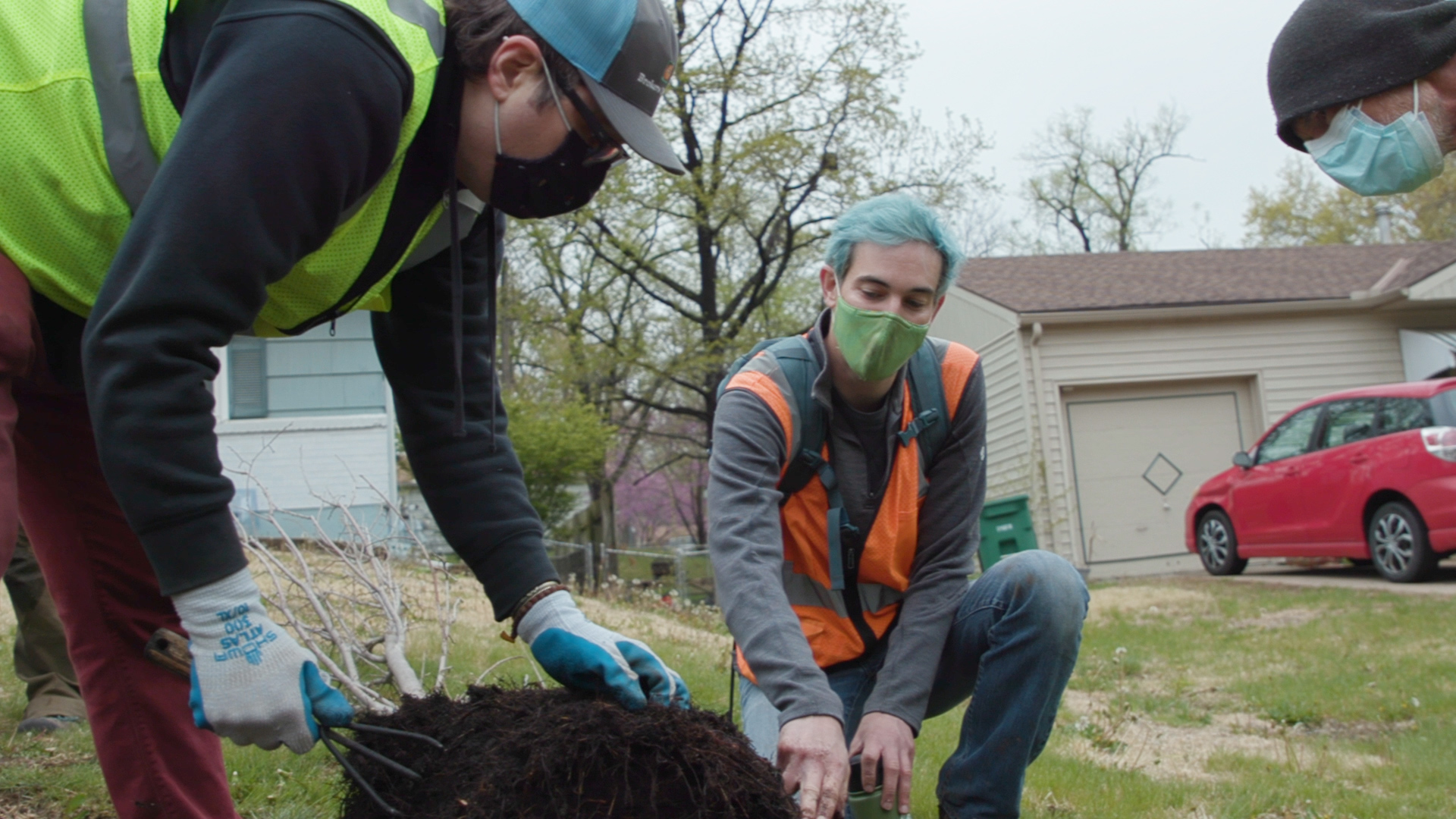 Earth Day 2021: A Tree A Day Could Help Keep Climate Change At Bay The Heartland Tree Alliance is working to expand the tree canopy in Kansas City in hopes of mitigating the effects of an urban heat island. 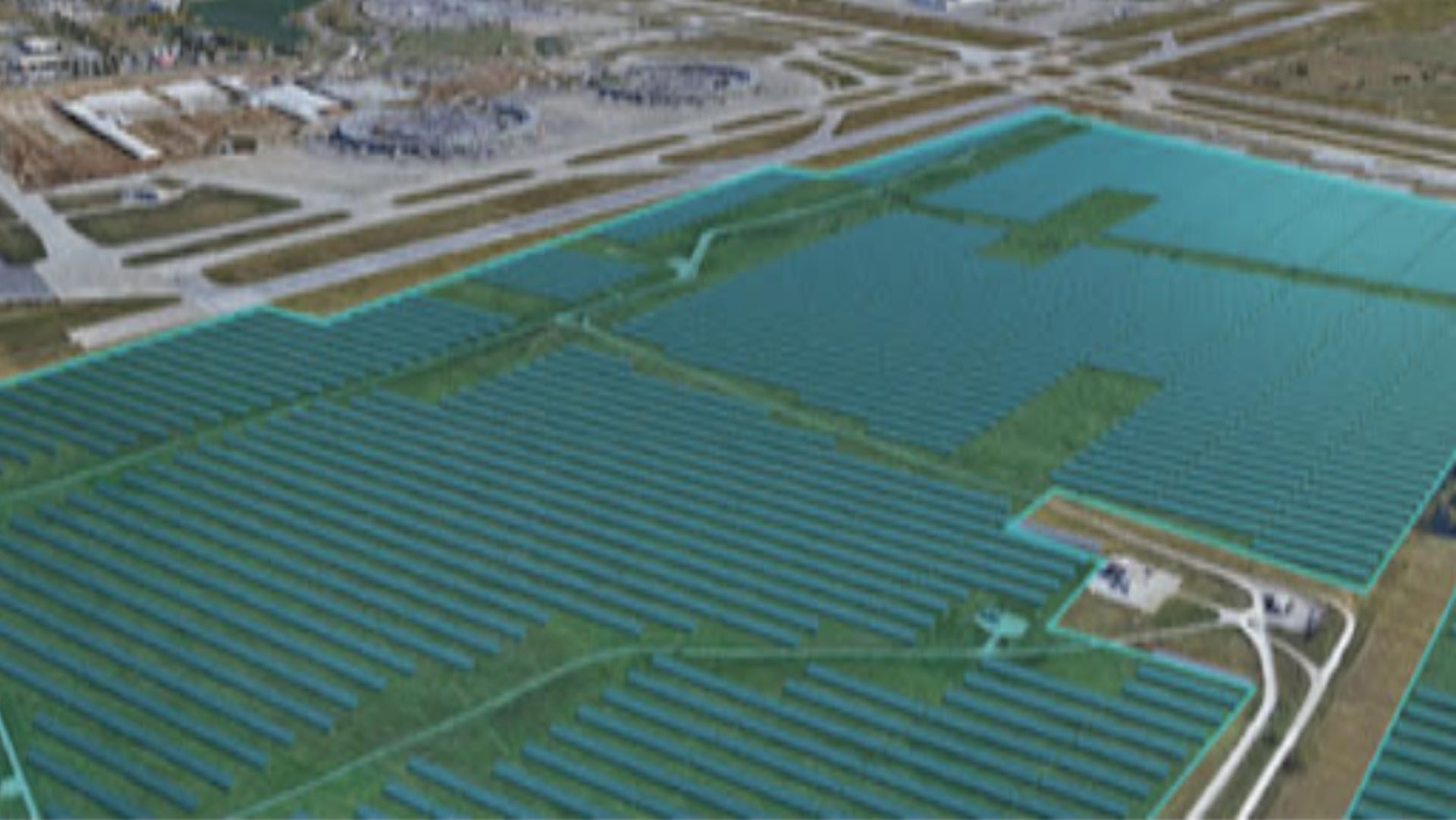