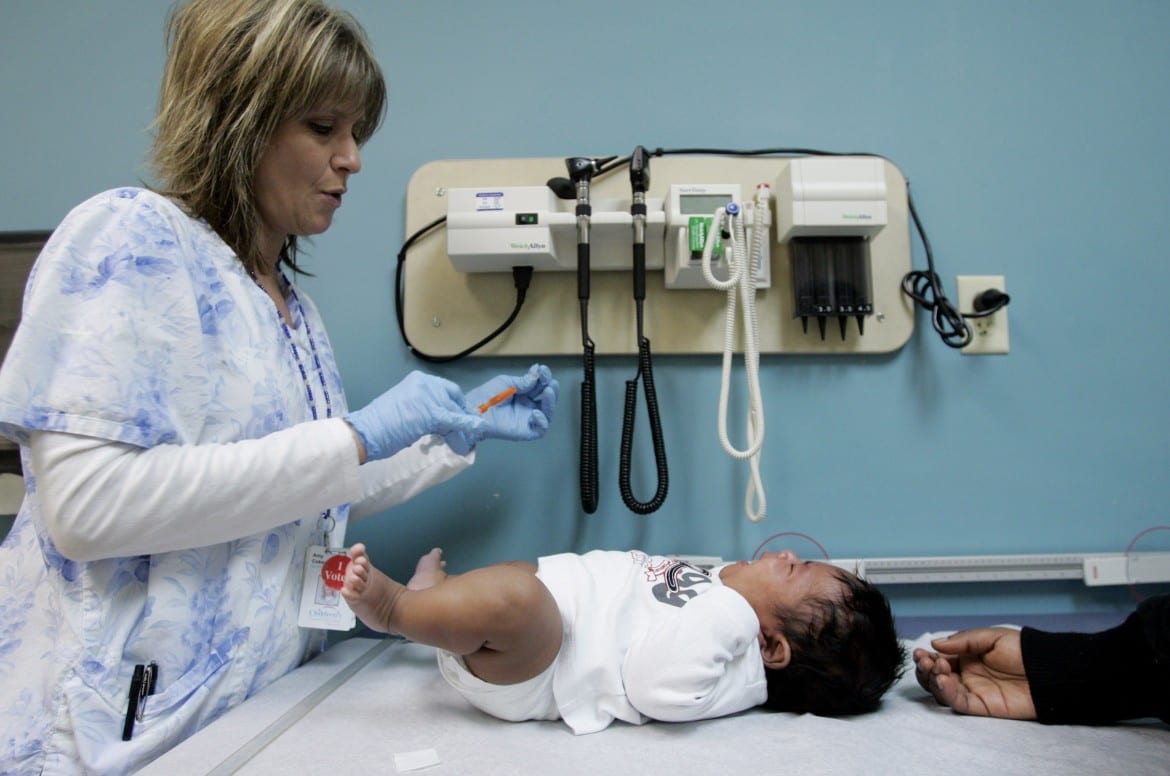 A 14-year-old Washington boy died of leukemia in 2007 after a judge ruled the state could not compel him or his legal guardian to accept blood transfusions that ran counter to their faith as Jehovah’s Witnesses .

Two years later, when the parents of a 13-year-old Minnesota boy with cancer did not want him to have chemotherapy because of their beliefs in natural healing, the state secured a court order compelling the treatment. The boy’s condition quickly improved.

In Kansas, when parents or guardians decline to provide their children treatment the medical community deems necessary, the state can use medical neglect statutes to compel treatment unless that treatment would run counter to religious beliefs determined to be legitimate by a judge.

A bill that overwhelmingly passed the Kansas Senate could alter that.

Sen. Forrest Knox, a Republican from Altoona, said he introduced Senate Bill 157 to keep schools from forcing parents to medicate children with behavior-control drugs like Ritalin, which is used to treat attention deficit hyperactivity disorder.

But a prominent attorney and a doctor who studies bioethics say the proposal could have much wider implications, including strengthening the legal case for parents who object to medical treatments that could save their children’s lives — even if those children are already in the foster care system.

Under SB 157, the state could not compel parents to medicate their child if a single licensed physician supports their wishes.

“You can find one or two physicians in almost any state to say almost anything,” said Douglas Diekema, a doctor who has written about ethics in medicine for the University of Washington School of Medicine. “So it’s an interesting proposal, which I think is probably pretty flawed.”

In testifying for the bill, Knox said he introduced it because “often public schools and sometimes our mental health clinics push parents to medicate their children simply because the schools cannot otherwise control the children.”

“If parents, in consultation with their doctors, refuse to medicate their children, the schools often call the authorities, accuse the parents of medical neglect, and the children enter the (foster care) system as children in need of care,” Knox told the Senate Judiciary Committee.

Two private citizens also testified for the bill, based on their experiences with the education system.

Rocky Nichols, executive director of the Disability Rights Center of Kansas, said overuse of behavioral control drugs is a legitimate concern, at least as it pertains to students with disabilities.

“We have heard all kinds of examples of parents being intimidated with CPS (Child Protective Services) because of them refusing to do all kinds of things, whether it’s use restraints on their child or medicate them,” said Nichols, whose organization lobbies on behalf of Kansans with disabilities. “CPS is used as a leverage inappropriately a lot.”

But Ron Nelson, a family law attorney in Johnson County, said Knox’s bill as written does not directly address that problem.

The bill never references schools, Nelson pointed out. It adds a paragraph to the state’s Child In Need of Care statutes that begins: “Nothing in this code shall be construed to permit any person to compel a parent to medicate a child if the parent is acting in accordance with medical advice from a physician.”

Nelson said the use of “any person” broadens the bill well beyond the school setting.

“So the language doesn’t address schools at all, but instead addresses children who have been or might be removed from a parent’s care because the child has been abused or neglected, is truant, or the parent is unable or unfit to care for the child,” Nelson said.

Nelson said the effect of the bill as written would be to make it much easier for parents to decline to provide medical treatments for their sick children.

“It is directly written to stop the state from stepping into a situation to treat a child who is not being adequately treated by a parent because that parent is following that parent’s view of what is best for the child,” Nelson said.

Knox said his intention was to protect parental rights, but not to allow for situations where any actual harm would come to a child. That’s why the bill requires parents to collaborate with a physician licensed by the Kansas Board of Healing Arts, he said.

“The whole safety valve here is you’ve got to have a doctor you’re working with,” Knox said.

Nelson said that part of the bill that does little to ensure a child will receive necessary treatment.

“I hate to say it, but there are physicians out there who do not follow the standards of care, don’t always practice good medicine and have some crazy ideas about treatment,” he said.

Diekema said that the issue of overmedicating school children with behavioral problems is worthy of policy debate and if Knox’s bill were crafted to specifically address that, he might be able to get behind it.

In the bill’s current form, he said he’s very skeptical.

The Department for Children and Families provided neutral testimony on the bill that urged the Senate committee to consider its implications for all of the state’s various protocols for medical treatment of children in need of care before and after they enter the foster care system.

No one testified against the bill.

The Senate passed it 38-2, with only Sen. Jeff Longbine and Sen. Vicki Schmidt, a pair of moderate Republicans, voting against it.

“I think that bill was poorly vetted,” said Schmidt, a pharmacist. “We should be speaking to family law experts about it and folks in the medical profession about it. Because that is a very broad bill.”

Longbine said he also thought the bill was overly broad and had concerns it could amount to a philosophical exemption that would allow parents to send their children to Kansas schools unvaccinated if they found a physician who supported that decision. Kansas students currently must be vaccinated against certain diseases unless they have a documented medical or religious reason that prohibits them from being vaccinated.

Knox emphasized that his goal with SB 157 was to address the issue of over-medication of behavioral issues and to keep the refusal to medicate in those situations from being a basis for a child to be taken into state custody.

If there is a more effective way to do that, he said he trusts the House will change the bill as it goes through that chamber.

“I fall on both sides of this,” Knox said. “We’re definitely interested in preserving parental rights in this state, but when there’s actual harm, when there’s a causal relationship (between parents’ action and harm)… judges need to step in.”