A Pathway is to a Major …

(Independence High Schoolers Finish the Analogy For Themselves) 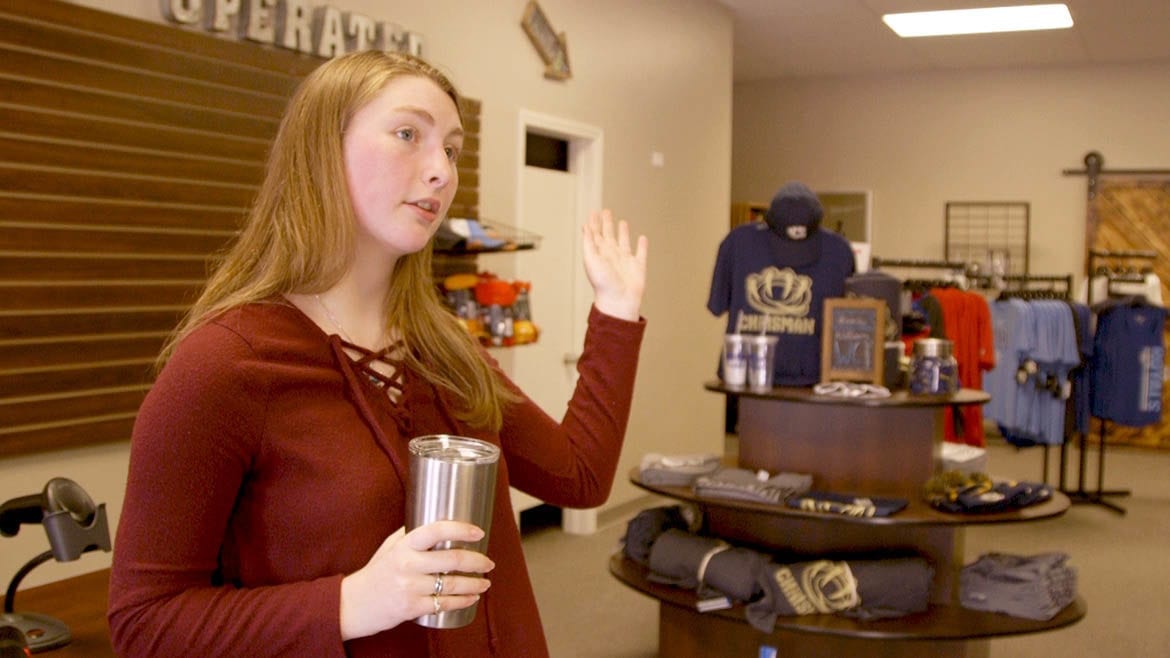 As a newly minted graduate of Truman High School, Shelby Fordham already has her career path set: earn a doctorate in economics, and then help guide the nation’s economy by working at the Federal Reserve.

She attributed that clarity to her experience with the Independence School District’s high school academies, which the district implemented in the 2016-2017 school year.

Fordham interacted with the business community as part of her work at All Things Independence, the student-run store that is part of the career-oriented model, and through that, she attended a conference where she heard a presentation by an economist.

“I just realized through listening to him speak that that was exactly what I wanted to do,” Fordham said. “Being able to see somebody model exactly the career that I wanted, exactly the thinking, the speaking — everything about it just spoke to me.”

The academies, which operate at all three of the district’s high schools, mimic a college setup, where students pursue a major, or “pathway,” as they are called in Independence district model. Nearly three dozen pathways operate within the five academies: Public Services, STEM, Arts & Education, Business, and Industrial Technology.

The district offers more than 90 courses for college credit, with nearly 400 credit hours available, so students can earn their associates degree while still in high school.

But the academy model is not just geared toward college-bound students, said Superintendent Dale Herl. The pathways also allow students to pursue an industry-recognized credential (IRC) that allows them to go straight into the workforce. One such credential is a certification offered through Cisco, the computer network and IT company based in Silicon Valley.

A member of the business community introduced Herl to the academy model, and that is how Independence came to be part of a network of districts around the country put together by Ford Next Generation Learning.

One of the best ways to think about the academies, Herl said, is to consider two students in the same class who are interested in computer science.

“One student may say, ‘You know what, college isn’t for me, I am going to get an IRC in Cisco networking, (working) right beside another student that says, ‘I really want to get a computer science degree.’”

—Kansas City PBS is examining the issue of workforce development as part of its participation in the national American Graduate: Getting to Work project, an initiative made possible by the Corporation for Public Broadcasting. Follow #AmGradKCPT on Facebook and Twitter for local American Graduate content and #AmGrad to see content from across the United States.