I, Too, Am America 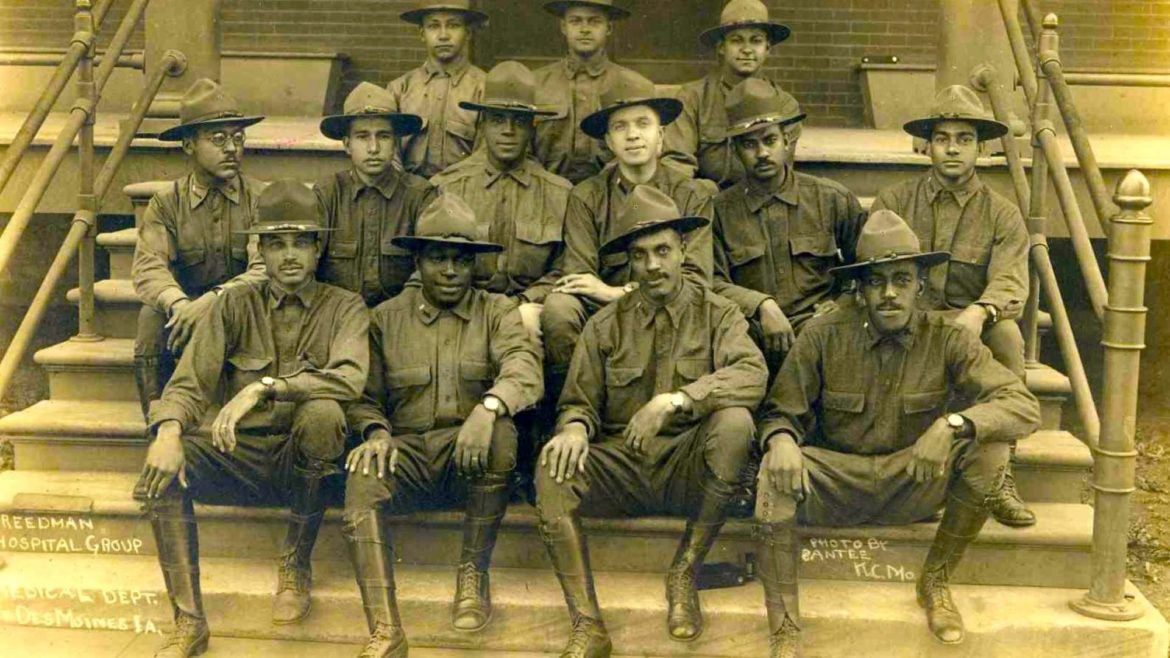 Dr. Emma Lapsansky-Werner knew nothing of her father’s military exploits when she was a child. It wasn’t until after he passed that she learned the events of Sept. 27, 1918.

That evening, heavy machine gun fire shredded the Argonne Forest as American troops advanced on Germany in the final weeks of World War I.

Thomas Jones looked to his left to see a fellow Allied soldier who had been shot in the field. Jones ran through a hailstorm of bullets to render aid.

He had scarcely patched up one soldier, machine gun bullets still flying, when another was shot. Jones ran even further toward the enemy line to give medical attention, having sustained a gunshot wound himself.

After the Battle of Argonne Forest, Jones was promoted from 1st lieutenant to captain and awarded the Distinguished Service Cross.

This is just one of many stories that the Valor Medals Review Task Force is excavating from the pages of history.

Led by Park University history professor Dr. Timothy Westcott, the Valor Medals Review Task Force is conducting the world’s first systematic review of World War I to find Black, Hispanic, Asian, Native American and Jewish American soldiers who might have been denied a Medal of Honor due to discrimination against their race or religion.

The task force of three veterans-turned-historians, operating through Park University’s George S. Robb Centre for the Study of the Great War, is the only entity sanctioned by Congress to perform a systematic review of World War I.

They have been given access to letters, journals, records and pictures that have been untouched for a century. All of this is in hope of posthumously giving service members the credit that they deserved when they were alive.

All of the men that are being reviewed received or were recommended for recognition for their acts of bravery, but none of them were granted the highest honor that the nation can give. Some gave their lives for a country that wouldn’t even accept them as citizens.

According to military analyst Josh Weston, who tries to create an hour-by-hour account of each event under review, many of the heroic acts that these men performed would garner a Medal of Honor on the battlefield today. Yet because of discrimination, their valor went either underappreciated or entirely unrecognized.

“Looking at this one tiny portion of history, we have been the most disgusted and shocked we have ever been,” said Ashyln Weber. Weber’s job on the task force is to find individuals who qualify for consideration, and then to create a biographical sketch of their life and service.

Though the work can be discouraging at times, Weber said that it is always a wonderful moment to qualify someone for review.

If approved, Jones would be just the third African American to receive a Medal of Honor from World War I, joining Cpl. Freddie Stowers and Pvt. William Henry Johnson. Both men’s medals were awarded after their deaths.

When asked if she thought her father deserved a Medal of Honor, Lapsansky-Werner said she knew that the question was coming eventually and wasn’t particularly looking forward to it.

Her honest answer? She doesn’t know, and she’s not exactly worried about it.

When Park University first came to her several years ago, she thought: “There are a whole lot of people hurting now in the present. Do we really want to put our energy in some people who are long dead?”

However, over time, she has come to appreciate the work that Park University is doing and the healing it will bring to families whose loved ones never got their due.

“I thoroughly appreciate the work that Park University is doing to bring forward the variety of people who served their country under very difficult circumstances,” she said.

The importance of righting the wrongs of the past before moving forward is not lost on her. However, she knows that even though her father didn’t receive the country’s highest honor, his community commended him for his actions.

In Jones’ war diary, he recounted walking into his home church for the first time after returning from war. The entire congregation stood up and sang “Praise God From Whom All Blessings Flow.”

“That’s the real Medal of Honor,” Lapsansky-Werner said. “To have his neighborhood and his community understand and appreciate what he did to protect them and honor them.”

Though her father received several accolades, such as being invited to the White House to be thanked for his service by President Dwight Eisenhower, not all service members were so lucky.

“We can’t heal until… we go back and look at where we were and where we made mistakes,” she said.