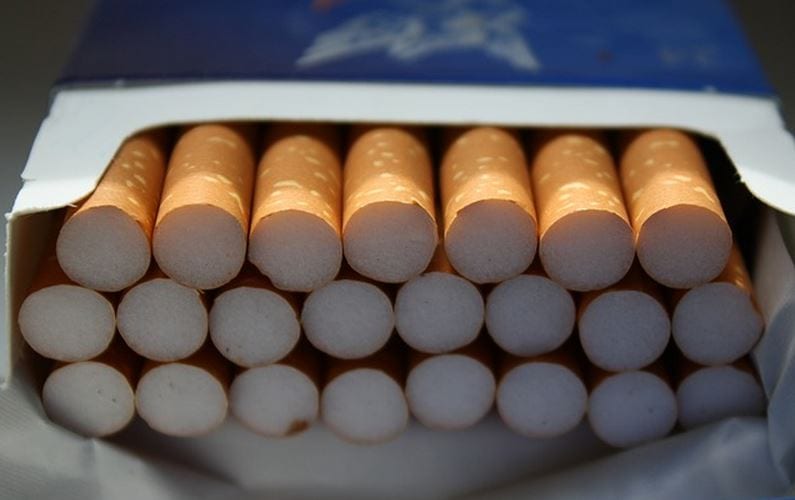 A coalition of health organizations is supporting Kansas Gov. Sam Brownback’s call for a big increase in the state’s cigarette tax.

Brownback is proposing to raise the tax by $1.50 per pack, increasing it from 79 cents to $2.29. The governor wants to use the approximately $81 million in additional revenue to close a gaping hole in the fiscal 2016 budget.

The health groups, working together under the name of Kansans for a Healthy Future, say that increasing the cost of cigarettes by that much would, over five years, keep an estimated 24,000 Kansans under the age of 18 from becoming addicted smokers and help about 26,000 adult smokers to quit.

In addition, it’s estimated the proposed increase would reduce health care costs in the state by $25 million over five years.

“Those numbers come solely from the benefits of increasing the tax. They don’t factor in the potential (additional) savings that you could achieve by implementing evidence-based abstinence and prevention programs,” says Dr. Roy Jensen, director of the University of Kansas Cancer Center.

Kansas spends about $1 million a year on “tobacco control” programs, far below the $20 million to $28 million that the Centers for Disease Control and Prevention says it should be spending given its population and smoking rate.

Kansas receives between $50 million and $60 million a year from the 1999 settlement it struck with the nation’s four largest tobacco companies. Most of that money has gone to fund children’s education programs, not tobacco control and prevention efforts.

“That is a large part of the reason why Kansas’ health ranking has fallen pretty precipitously in recent decades,” Jensen says.

A recent CDC report showed that between 2005 and 2013 adult smoking in the United States declined from almost 21 percent to less than 18 percent. But the rate in Kansas is two percentage points higher at 20 percent.

More than 4,000 Kansans die each year from cancer and other tobacco-related diseases.

“Tobacco control is a vital component of a healthy state and must have a consistent funding stream to be effective,” Cussimanio says. “We urge state lawmakers to look at Kansas’ tobacco control and prevention programs and provide those impacted by these efforts with opportunities to quit and be successful.”

Currently, Kansas has the 36th highest cigarette tax in the nation. The governor’s proposal would increase it to the 12th highest.

Missouri has the lowest cigarette tax in the nation, at 17 cents. The Association for Childhood Education, a business-led group in Kansas City, Mo., is mounting a campaign to raise it to 67 cents a pack. The association hopes to put the tax increase question on the ballot for the 2016 November election.

Editor’s note: The Kansas Health Foundation provides financial support to Kansans for a Healthy Future and is the primary funder of the Kansas Health Institute, the parent organization of the editorially independent KHI News Service.