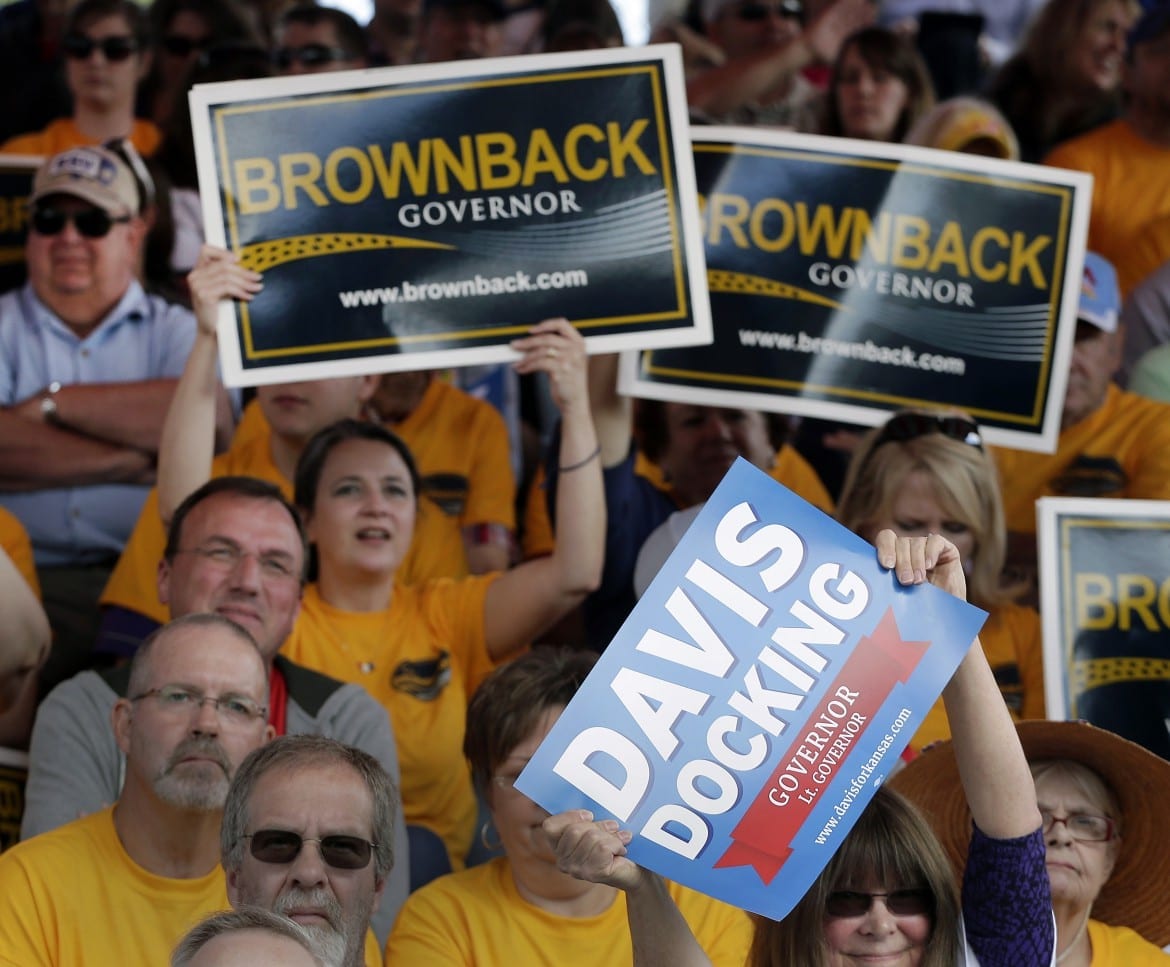 A once-obscure effort by a group of states to get out from under federal health care regulations has become an issue in the final days of the Kansas governor’s race.

If the compact is approved by Congress, its nine member states could suspend federal health care regulations within their borders and take over several programs now administered by the federal government.

Docking, Praeger and other critics of the compact charge that it opens the door to a possible state takeover of Medicare, the health care program that serves approximately 450,000 Kansas seniors.

“Supporters of the (compact) bill may tell you it does not affect Medicare, but that is just false,” Praeger said. “It would be a serious mistake to turn Medicare over to state control.”

The issue has been gaining momentum in recent weeks, partially because of an effort by legislative supporters of the compact to stifle a Johnson County advisory group’s effort to publish their concerns about it in a newsletter mailed to country residents.

On Thursday, State Budget Director Shawn Sullivan entered the fray. In a column sent to Kansas media outlets from Gov. Sam Brownback’s office, Sullivan, a former nursing home administrator, sought to address what he called “the considerable misinformation” coming from critics of the compact.

“Many politicians and editorial board writers have tried to frighten our seniors by saying the compact would privatize the Medicare system in Kansas. That’s just not true,” Sullivan said.

Sullivan, who served as secretary of the Kansas Department for Aging and Disability Services before taking the budget director’s post in May, said Brownback signed the bill to exempt the state from requirements of the Affordable Care Act. He said the governor has “no desire to take over the Medicare program.”

Even so, some conservative legislators who voted for the compact have said the state should have the option of running Medicare if the cash-strapped federal government can’t manage it.

“Does anybody believe that the federal government is not going to make wholesale, major cuts to all programs?” said Rep. Jerry Lunn, a Republican from Overland Park. “This (Medicare) would be included. We’re trying to do something to get out ahead of that because this is going to come back to the states to try to manage and fix this mess.”

Lunn made the comments during one of the September meetings attended by legislators and members of a group that advises the Johnson County Area Agency on Aging.

The compact also is an issue in the race for Kansas insurance commissioner. Democrat Dennis Anderson has called it a “terrible idea” because of its potential impact on Medicare. Republican Ken Selzer, who is leading in the polls, supports the compact as a way to bring decision-making to the state level but recently has tried to distance himself from the controversy by saying it’s “a legislative issue, not an insurance commissioner issue.”