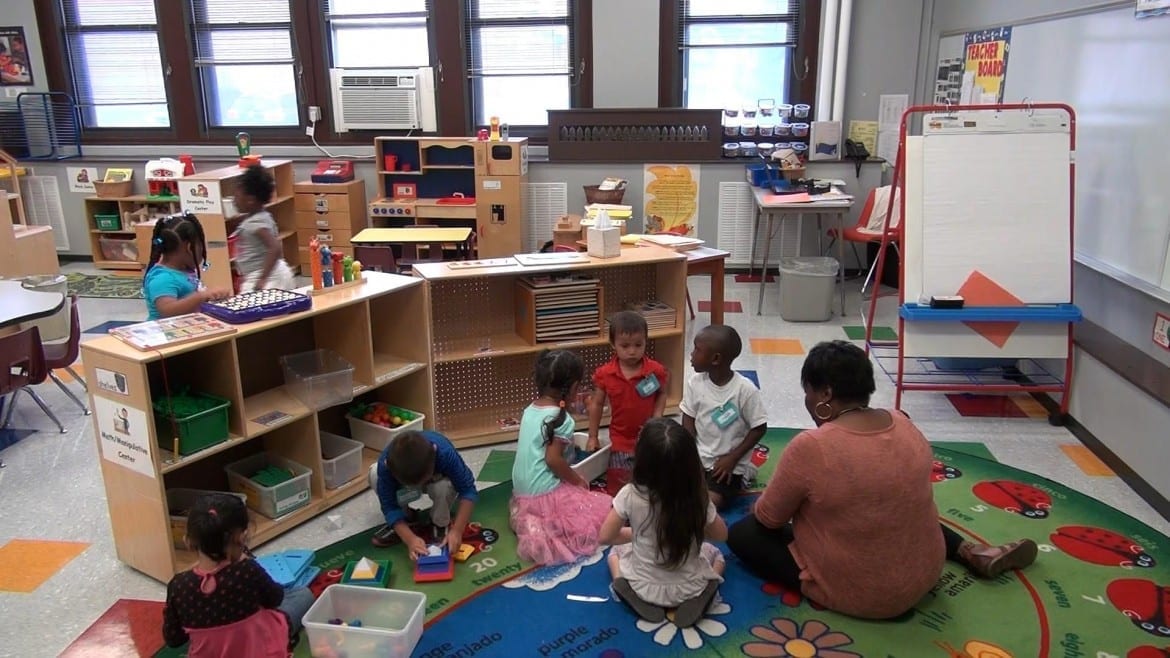 This year marks historic anniversaries for several pieces of landmark legislation, including Medicare and the Americans with Disabilities Act.

It’s also the 50th anniversary of another significant program, Head Start, which was launched as part of President Lyndon Johnson’s War on Poverty.

The program promotes school readiness for children in low-income families by offering educational, nutritional, health, social and other services.

With assistance from the Mid-America Regional Council, which is coordinating a series of local profiles of people whose lives were affected by Head Start, Heartland Health Monitor partner KCPT examined the program’s impact in the Kansas City area.

Greg Graves, the chairman and chief executive of engineering and architecture firm Burns & McDonnell, has been elected the new chair of The University of Kansas Hospital Authority Board.

Graves, who was vice chair of the authority board and leads the hospital’s fund raising drive for its new patient tower, succeeds Bob Honse, the former president of Farmland Industries.

The hospital authority is the public overseer of The University of Kansas Hospital and its operations.

“Greg Graves brings a national and local track record for leadership in business and civic affairs,” Bob Page, president and CEO of the hospital, said in a statement. “He will help us further our success in the metropolitan area and across the country.”

David Dillon, former CEO of the Kroger supermarket chain, was elected vice chair of the authority board. 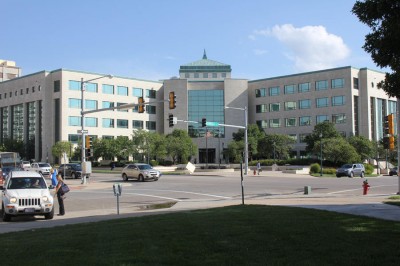 Two top officials at the Kansas Department of Health and Environment have been fired and three others have announced their retirements in recent weeks. (Photo: Andy Marso | Heartland Health Monitor)

A sudden exodus of top officials has public health officials concerned about the immediate future of the Kansas Department of Health and Environment.

Two KDHE leaders were terminated and three others announced their retirements in recent weeks. Combined, the five have more than 80 years of agency experience.

“Our concern is the fact that the Department of Health and Environment is going to be weakened by the loss of all these people who had so much experience,” said Dennis Cooley, a Topeka pediatrician who is one of the state’s most vocal child health advocates.

The two KDHE officials terminated were Tim Budge, the section chief of the agency’s immunization program, and Mindee Reece, the director of the Bureau of Community Health Systems.

KDHE, one of the largest state agencies, supports local health departments in their efforts to control disease through a variety of public health and environmental programs. It has a budget of more than $2 billion, but a lot of it comes from fees or federal funds. About $700 million comes from the state general fund.

The changes in high-level personnel are occurring less than a year after Susan Mosier replaced Robert Moser as KDHE secretary.

The number of Kansans maintaining health coverage through healthcare.gov, the federal online marketplace, has declined since spring.

As of the end of June, 84,872 Kansans were enrolled in Affordable Care Act policies, according to the U.S. Department of Health and Human Services. That’s down 0.7 percent from the nearly 85,490 enrolled at the end of March but higher than the 57,000 enrolled in the spring of 2014.

Nationally, 9.9 million Americans were enrolled in marketplace plans at the end of June, compared to 10.2 million at the end of March. Federal officials said in an HHS news release that the lower numbers were “consistent” with their end-of-year enrollment target of 9.1 million.

A decision to accredit so-called mid-level dental providers by a national agency that oversees dental education programs may boost efforts to license them in Kansas.

The Commission on Dental Accreditation says that without national accreditation standards for mid-level dental providers — also known as dental therapists — the requirements would vary from state to state.

The commission assigned a committee to develop the standards that programs training dental therapists would have to meet. A progress report is expected this winter, and an accreditation program for dental therapists could be in place as early as January 2017.

Dental therapists would be trained to a level below that of a dentist but beyond the training a dental hygienist receives. They would be allowed to do some procedures, like filling cavities, that currently can only be done by a dentist.

In Kansas, advocates for allowing dental hygienists with advanced training to perform a broader range of procedures have tried for five years to convince legislators to approve changes in state law. They say the change would expand access to dental services in a state where 95 of 105 counties have a shortage of dental providers.

Kevin Robertson, executive director of the Kansas Dental Association, says the commission’s decision doesn’t mean Kansas should license non-dentists to do procedures that are now legal for dentists only.

Legislation to license registered dental practitioners in Kansas has been introduced every year since 2011 to a relatively cool reception from lawmakers. And while advocates were disappointed the bill never came to a vote in the 2015 session, they were pleased that it at least got a hearing.