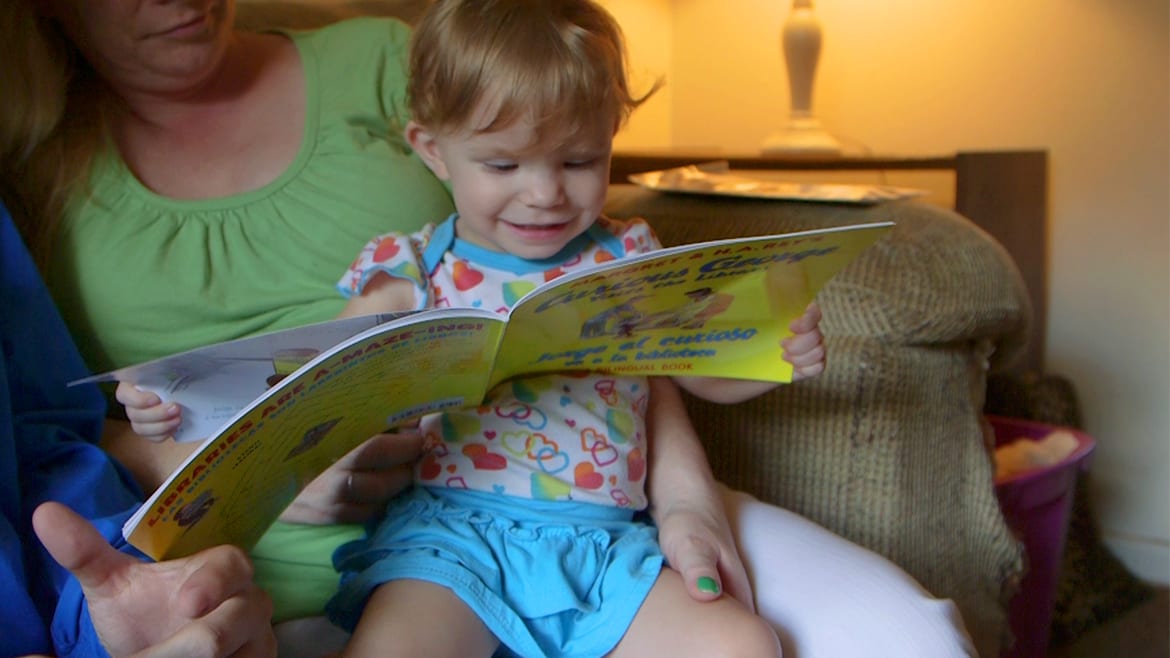 “After about two hours of walking around the neighborhood, we typically get about 10 people signed up for the Dolly Parton Imagination Library,” said Sheila Lewis, who is a Parents as Teachers educator for the district. “It’s an amazing program that sends a free book to a child every month until they turn five.”

For seventeen years, the Dolly Parton Imagination Library has been putting free books into the hands of young children.

In the beginning, the program served children in Parton’s home county in East Tennessee. Since 2000, it has expanded to serve over 1600 communities.

The Women’s Leadership Council of the United Way of Greater Kansas City was looking for a project that would fill a community need when they stumbled upon Dolly Parton’s Imagination Library.

“It hits children on so many different levels,” said Dana Abraham, who is the chairwoman of the council. “They open it up and here’s this great book that they can start building their own library with and they can go to their parent and have a special time around that book.”

Earlier this year, Abraham and the council kicked off their efforts to sign-up kids that live in five neighborhoods in the Kansas City, Mo., Shawnee Mission, Independence, North Kansas City and Center School Districts.

So far, the neighborhood around Center Elementary School has registered about 100 children and the first books began arriving at homes in August.

“We let her take it out of the mailbox so that she gets that experience to see it,” Jonathan Henry said. “She’s holding it up to you so we open it up and pull it all out and it’s wide eyes and smiles … She picks that book up all the time, it’s not just that one time. It’s over and over again.”

Aimee Alderman coordinates the early childhood services for Center School District and has led the charge to get families in their area registered.

“We started the day that the [enrollment forms] were in our hands,” Alderman said. “We had a plan to get out and walk up and down the streets, starting with the families that we already knew and asked them to introduce us to their neighbors.”

Alderman says that getting books into the hands of children in underserved areas is essential to addressing the educational achievement gap.

“We know that children from low-income families typically have about twenty percent of the vocabulary that their peers in middle and upper-income families have,” Alderman said. “I do believe that the Dolly Parton Imagination Library has the potential to reduce and maybe eliminate the vocabulary gap that we see between socio-economic groups.”