The Fire Within Fuels Path From Foster Care to University 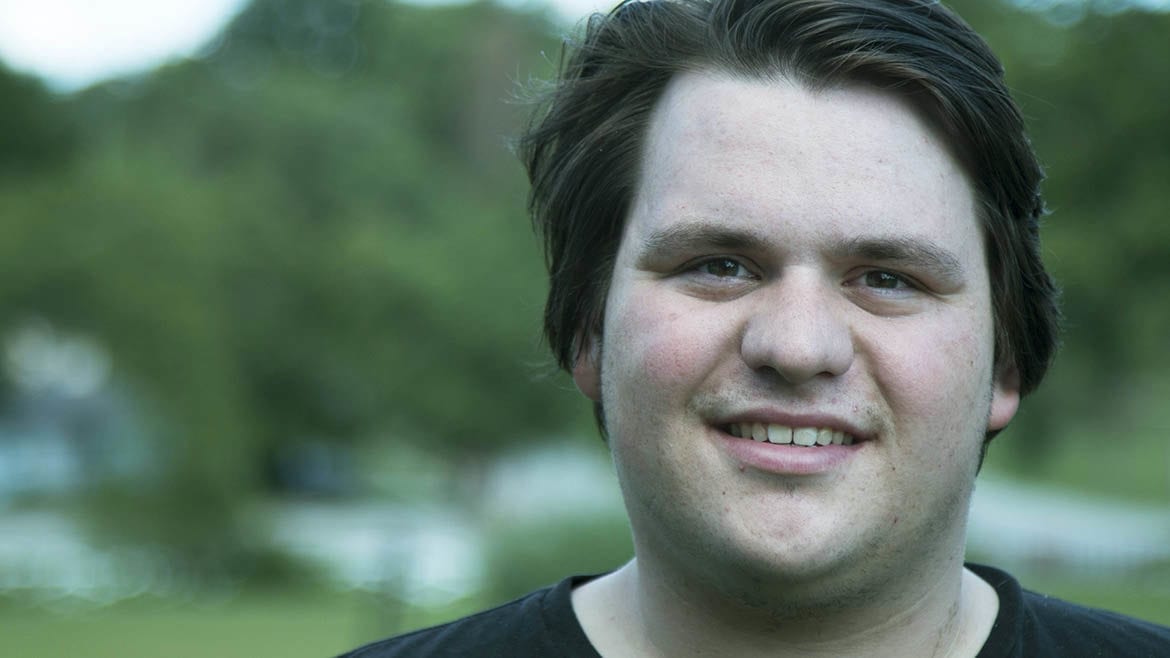 Dakota Kinslow, 22, of Independence, Missouri, is headed to college at the University of Missouri-Columbia after overcoming a difficult childhood in foster care. (Mike Sherry | Flatland)
Share this story

Dakota Kinslow completed high school by acing tests. His chaotic home life made it impossible to complete work outside of class.

He shuttled between various family members after the court removed him from his home when he was very young. His childhood was marked by witnessing drug use and abuse, and at age 13, he tried to strangle himself after a relative threatened his life.

“I woke up confused, and got a sense of relief that I wasn’t dead, and realized how much life was worth at that moment,” said Kinslow, now 22. “I go back to that moment of waking up after blacking out, and it gives me strength to keep going.”

After that, he spent a majority of his time at his best friend’s house. He moved in there briefly after graduating from William Chrisman High School, but when his friend’s mother passed away, he had nowhere else to go. He couch surfed for months until he landed at Drumm Farm Center for Children in Independence, Missouri, which helps at-risk kids, including those aging out of foster care.

“I was homeless,” he said. “I had no idea how I was going to get to college. I had a dream and the will to achieve it; I just didn’t see a path ahead of me.”

Once at Drumm Farm, however, he learned about financial aid and student supports at community colleges. He got to know the tutors at Metropolitan Community College-Blue River on a first-name basis, but even with that help, he struggled with schoolwork because of his attention deficit hyperactivity disorder.

Moving Out But Struggling to Move OnWhen it comes to education and work, many foster kids are already at a disadvantage when they enter the system, often coming from families beset by generational poverty. Unfortunately, their circumstances are not much improved once they “age out” of…

What would take a traditional student three hours would take him 12. Drumm Farm requires that residents work or go to school provided motivation.

He received his associate degree from MCC this summer. He was accepted to the University of Missouri-Columbia, where he will begin a double major this fall in environmental science and theater. He is staying in the dorms.

“It’s going to be hard, and that’s no joke,” Kinslow said. “But if you have a fire to want to do this, you just have to push through. When I felt like quitting, I would look at myself in the mirror and say, ‘This is what you want; you don’t want to be like your parents; you want a better life for yourself.’”