Feeling Less Than Grateful? Some People Are Just Wired That Way 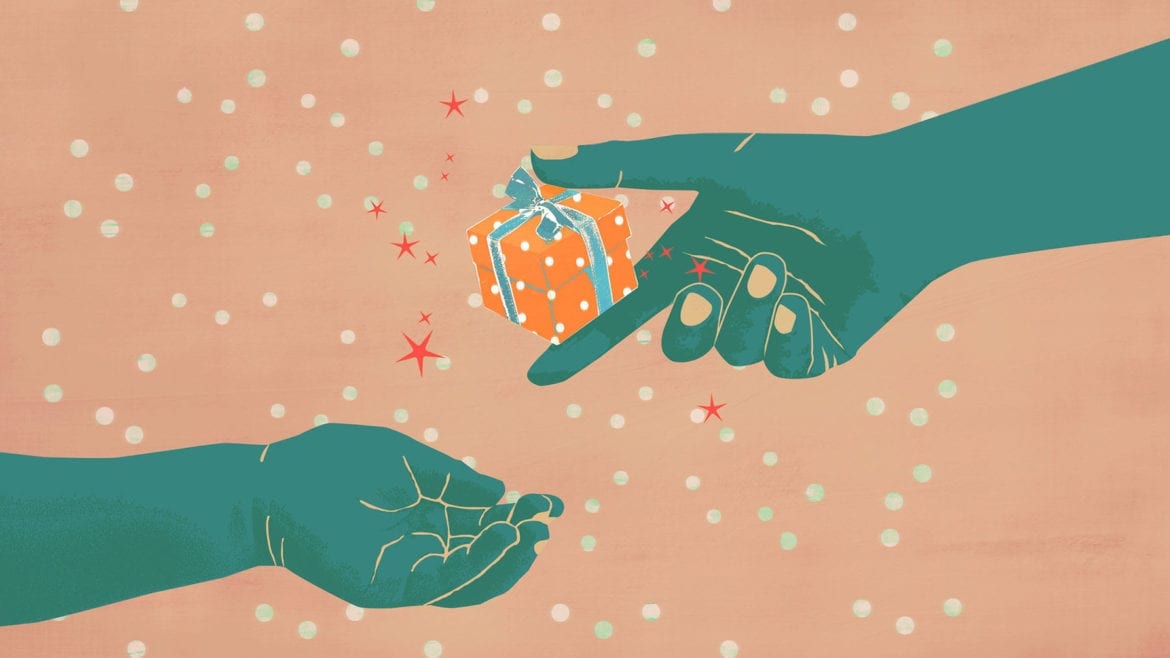 Female hands giving a surprise present to a loved one (Photo: Simone Golob)
Share this story

It’s a time of year when we’re often urged to be grateful; for friends, for family, for presents under the tree. But not everyone experiences gratitude as a positive force in their life.

People who score higher on measures of autonomy experience less overall gratitude and value it less, according to experiments conducted by Anthony Ahrens, an associate professor of psychology at American University, and his colleagues.

Autonomous folks who really value independence might feel that gratitude undermines that independence, says Ahrens. And authors of a 2015 meta-analysis wonder if people who tend to be perfectionists may also have neutral or negative reactions if they reflect on benefits they’ve received from others.

Does that mean that people who experience gratitude as negative should push through it anyway in pursuit of some benefit? “That’s a big ‘I don’t know,’ ” says Ahrens. “We will need data to answer that.” He does, however, worry that people who are uncomfortable with gratitude and with receiving gifts may be undermining their interpersonal relationships.

It turns out that the science of gratitude is pretty complex. I keep reading that regularly spending a few minutes tallying up the people and things for which I’m grateful can give me access to a wealth of benefits, both physical and mental.

But when I talked to psychologists who study gratitude, I found out it’s not quite that simple.

It’s still not clear whether quick, easy interventions like a gratitude journal or expressing gratitude to a friend orally or in a letter can produce significant and permanent benefits. And as the new research shows, there may be some people who don’t get as much out of those practices.

Gratitude is clearly associated with physical and mental well-being. It’s linked to better sleep. People who are more grateful seem to have more energy, less depression and possibly even a lower risk of heart disease. Those positive associations hold for both the trait of gratitude — that is, being a generally grateful person — and the state of gratitude — a temporary behavior or feeling, says Philip Watkins, a professor of psychology at Eastern Washington University.

But, some of the broader claims about the benefits of seeking gratitude aren’t backed up by science, says Watkins. He says he’s “very pro-gratitude.” But messages “claiming that it’s going to do everything for you, including making you have a longer life and permanently happier,” are not on solid footing, he says.

“I wouldn’t question that the positive state of gratitude generally has lots of benefits,” says Don Davis, a psychologist at Georgia State University. “I think it’s a powerful way to teach people to regulate their emotional state.”

But, he says, “What is in question is how much a minimal dose of gratitude in your week can cause shifts to lead to all these benefits.”

Davis is an author of the meta-analysis published last year that looked at randomized clinical trials of activities designed to “cultivate a sense of gratefulness,” most of which were short in duration. He and his co-authors wanted to see how the interventions performed on measures of gratitude, anxiety and psychological well-being.

Their conclusion: There is “weak evidence for the efficacy of gratitude interventions.” That doesn’t mean that they don’t work for at least some people. But at this point, there’s not a ton of evidence that they have big effects.

When you dig into the details of the studies, that’s not altogether surprising, says Davis.

In many cases, the studies looked at whether a quick intervention would actually change the trait measure of gratitude — in other words, whether it could change your personality and make you a more grateful person.

That’s a tall order. More realistic would be to change how often people experienced gratitude over a shorter period of time, like a week or a day. Many people are already pretty grateful, which makes it harder for them to increase their gratitude even further. And Watkins suggests that tracking people long term might show more benefit, since some evidence points to a bigger effect after the treatment period ends.

It’s also possible that gratitude isn’t always the best emotion to have in every circumstance — say, if someone were in an abusive relationship, or in some other situation that required urgent action to change, says Davis.

“I think it’s important to look at the subtypes of people who might benefit,” says Jeffrey Froh, an associate professor at Hofstra University. He was an author of a 2010 review of gratitude and well-being, which found gratitude interventions to be promising but said that encouraging everyone to adopt them was “premature.”

It may be, for example, that they’re most effective when targeted at people who are lower in happiness to begin with, or maybe in men, who seem to be less likely to feel and express gratitude.

Froh says there is no reason to keep a gratitude journal or write gratitude letters if you don’t enjoy it or feel like you’re getting anything out of it. Just as there are more ways to exercise than go out for a run, he says there are plenty of other ways to pursue gratitude.

For example, you could practice mindfulness, say prayers of thanksgiving, take time out to savor the past, be more generous, or spend time in nature and away from your phone, he says.

For that advice, I am very grateful.

Katherine Hobson is a freelance health and science writer based in Brooklyn, N.Y. She’s on Twitter: @katherinehobson.