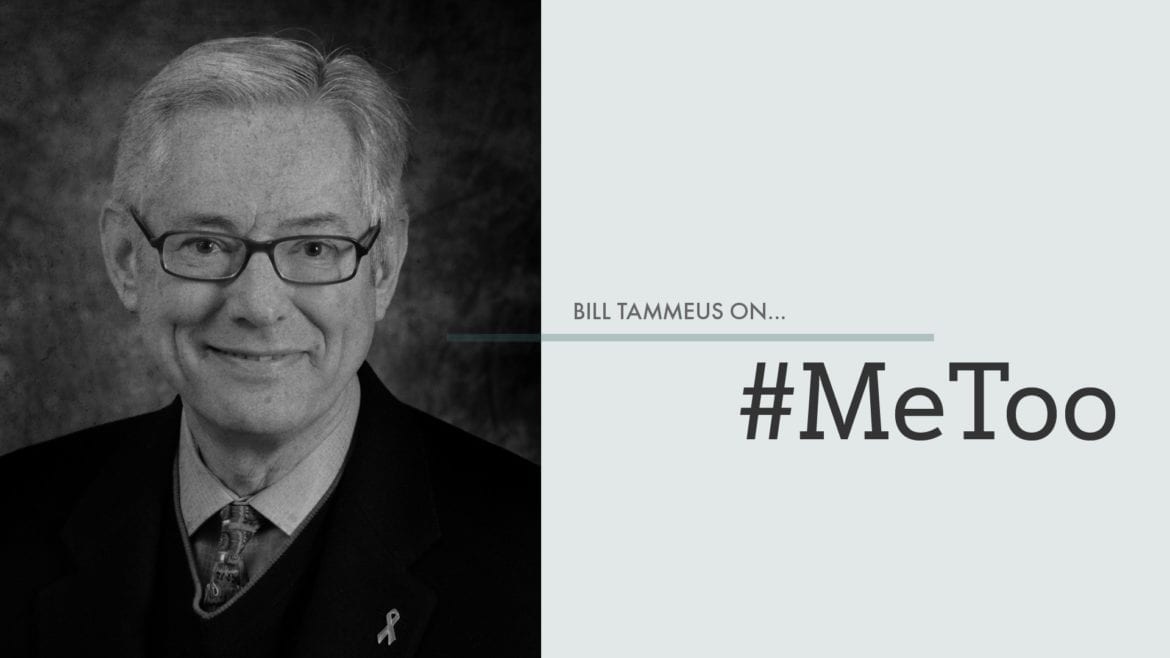 Well before this #MeToo era of unmasked sexual misconduct — with its appalling revelation that an admitted sexual predator can be elected president — faith communities began to recognize that they have been complicit in the sin of misogyny.

Today that recognition is turning into constructive action as people of faith across the nation, including in Kansas City, work to empower women to protect themselves, to know when they’re being objectified as sex objects and to understand how to undo systems that unfairly favor males.

In mid-September, for example, Unity Temple on the Plaza devoted a whole day to having speakers relay those messages to approximately 350 women attending an inaugural event called “Womankind 2018.”

“Patriarchy is crumbling,” keynoter and author Marianne Williamson told them.

In this time when the media report story after story of sexual transgression in religious communities, the entertainment industry, politics, sports and elsewhere, she said, “We have to move from ‘ain’t it awful’ to ‘not on our watch.’” Now, she said, “it’s our turn” to confront the difficulties women face.

Another Womankind speaker, the Rev. angel Kyodo williams , a Buddhist leader, struck a similar tone, noting that American women didn’t get the right to vote until 1920, so “the country we live in was not designed for you to thrive.” Nonetheless, she said, “it is your responsibility.”

The Unity pastor overseeing the event, the Rev. Nhien Vuong Dougherty, said one reason faith communities are working to empower women more is that “we really feel there’s an emergence happening in the world around what we call a feminine energy.”

In some ways, that emergence has been slow coming.

It took a long time, for instance, for some faith traditions to ordain women as clergy (1956 for Presbyterians; 1972 for Reform Jews; 1976 for Episcopalians) so they could start breaking through the stained-glass ceiling.

And although there have long been female stars in religion (Esther, Ruth and Deborah in the Hebrew scriptures; Mary and Mary Magdalene in the New Testament), this era of Donald Trump, Harvey Weinstein, Bill Cosby and others feels to many people of faith like a time when women are leading another welcome wave of feminism.

So you find more clergy around the country preaching #MeToo sermons , including Father Paul Turner, pastor of the Cathedral of the Immaculate Conception in downtown Kansas City.

“Sometimes,” he said in a November 2017 homily, “victims feel that they themselves are the guilty party, which is not the case. Some dread that if they make the encounters known, they will suffer more than the perpetrator. This cloak of silence permitted more harassment. Much of that got shattered last month as countless victims took to social media to say, ‘Me too.’” He praised women willing to go public.

In one, she reported on a Cooperative Baptist Fellowship gathering she attended: “Of special significance was the new attention to clergy sexual abuse. The statistics are staggering, and CBF is seeking to provide new resources for individuals and churches.”

And the Rev. Shanna Steitz of Community Christian Church says preaching about sexual abuse and the abuses of patriarchy “is really key, especially for male clergy. Male voices in the pulpit on this issue are critical — men not only speaking up for women but standing up to their peers about ‘locker-room talk.’”

Domestic abuse of women has been on the radar screen of faith communities for a long time, but it’s also getting increased attention.

For instance, Susan Lebovitz, volunteer and community engagement manager for Safehome, says that “for the better part of the last 18 years, I’ve done outreach in the Jewish community regarding domestic violence.”

Despite the #MeToo movement, there still are victims seeking the courage to tell their stories publicly, just as Christine Blasey Ford (and now others) finally did with allegations of sexual assault decades ago by U.S. Supreme Court nominee Brett Kavanaugh.

As Jonathan L. Walton, minister at the Memorial Church at Harvard University, wrote in his just-released book, “A Lens of Love,”  “Despite the increasing number of courageous women who have come forward thanks to the #MeToo movement and other rallying cries denouncing sexual harassment, many more women remain hidden in the shadows as a result of gender power imbalance.”

Which is why Unity sponsored Womankind 2018 and why the Kansas City Community Church later in September offered a women’s empowerment program called “The Power of S.H.E.E. (Strengthened, Honored, Empowered, Established).”

And it’s why Williamson ended the Unity event by declaring that “love is the only survivable option for humanity,” referring to the kind of love the Apostle Paul described in his first letter to the Corinthians, a love that’s patient and kind, one that isn’t jealous, doesn’t brag, isn’t arrogant or rude and “doesn’t seek its own advantage.” With such love, there’d have been no #MeToo movement.