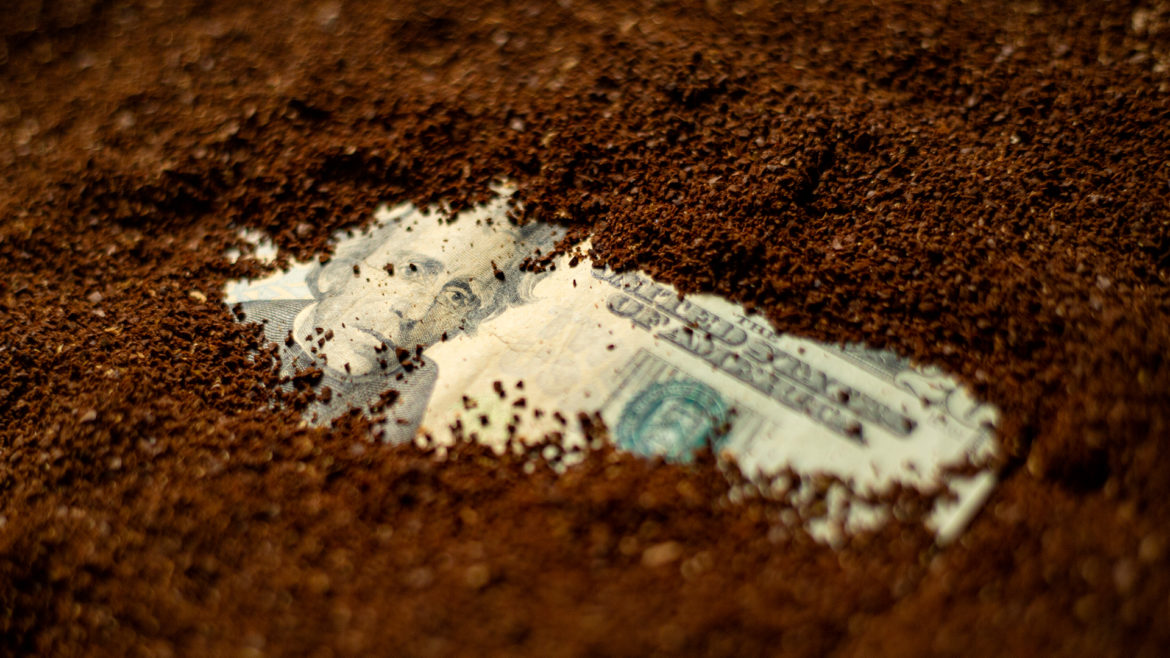 How much does a barista need to make to comfortably live? (Brad Austin | Flatland)
Share this story

It’s early morning and the alarm rings, so you roll out of bed half awake and get ready for the day. The first pit stop of the day is for coffee to jolt the other half of your brain awake.

A smile, a swipe of the card and $5 later you sip on a freshly brewed cup and thank the barista. Being a regular, they know exactly what to make. But do you ever wonder how much your barista friend makes?

That’s what Michael Schroeder, director and roaster at Oddly Correct, sought to find out in an unscientific survey he conducted in October.

Schroeder earned a degree in aerospace engineering and, during a break from touring with his band, learned how to make coffee at a friend’s shop in North Carolina. He said he found a fulfilling career in Kansas City’s coffee scene because he could apply engineering techniques to “something with such a tangible and delicious outcome.”

“Really what you learn as an engineer is effective problem solving,” Schroeder said. “Running a business and working in coffee (provides) plenty of interesting problems to be solved every day.”

One of those problems was gauging how much baristas get paid in Kansas City’s cafes to see how that compares with the living wage in the area. Surveying for transparent wage data isn’t new – Barista Kansas City also surveyed for wage data – but in one short week Schroeder’s survey received 126 responses.

To determine how local earnings stack up to the living wage, he compared survey data with MIT’s Living Wage Calculator. MIT defines the living wage as the “minimum income standard that, if met, draws a very fine line between the financial independence of the working poor and the need to seek out public assistance or suffer consistent and severe housing and food insecurity.”

According to MIT, the living wage in the Kansas City area is $1,957 a month before taxes for a single, childless adult. In that context, Schroeder’s survey reveals that the average coffee shop worker in Kansas City struggles to make a living wage.

At Oddly Correct, 10 employees – the owner, artist and the baristas, shift leads and managers – make just enough to afford the basic necessities. But that’s only if customers tip. According to the new survey, the average person working in a metro area coffee shop earns almost 30% of their income from tips.

For that reason, Oddly Correct has changed its pay policy. Beginning Dec. 1, Oddly Correct will make up the difference if an employee’s average hourly wage, including tips, falls below $18.

“Up and down the supply chain, from baristas to coffee producers, the industry is struggling to provide a sustainable living as a whole,” Rovenstine said. “It is easy to applaud a company for paying a living wage, but it has to be backed up by customers who are willing to support it with their own dollars.”

Monarch employs six people and pays above the average, she added, with a majority of her staff averaging $16-$17 an hour. Managers average $20 per hour. Providing a well-paying job has been Monarch’s goal since it opened in 2017 because the owners have been in the business for more than 15 years.

“It’s always been a struggle to make ends meet, especially with kids,” Rovenstine said. “Before opening Monarch, (co-owner) Tyler (Rovenstine) often worked a second job on top of his bar shifts at coffee shops to make up the difference.”

Ian Davis, owner of Blip Coffee Roasters, said Oddly Correct’s decision to make its survey information public is the start of a welcome living wage conversation. While those in the coffee industry have known the struggle firsthand, the survey provided a more comprehensive look at the economics of being a coffee professional.

“For us the key takeaway is transparency,” Davis said. “I think the numbers themselves aren’t as impactful, as it is to be open and honest with the coffee community about who you are, what you’re about and what your standards are.”

Though there doesn’t appear to be a clear way forward, one fact is clear. For these business owners, customer support by way of tips is key to helping baristas make ends meet.