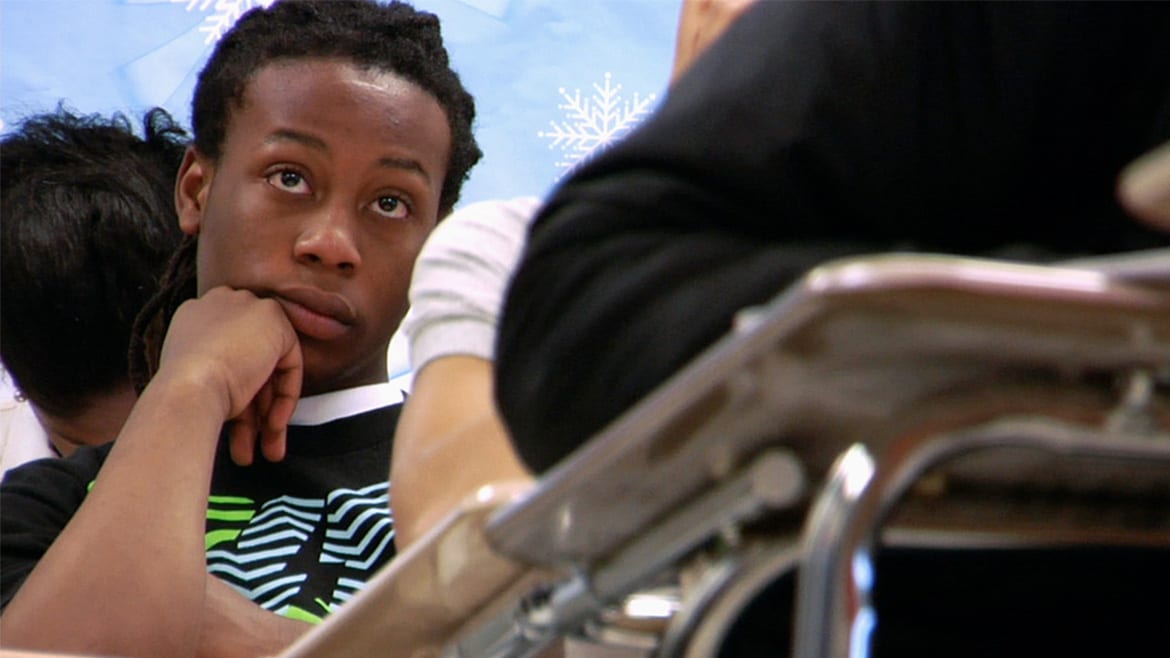 Editor’s note: Reporter Lindsey Foat received a grant from PBS’s program “POV” to create community engagement around the “American Promise” documentary and to produce a short video localizing the issue.

Most people would agree that education and economic opportunity are essential components of the American Dream.

A new documentary, titled “American Promise,” follows two African-American boys growing up in Brooklyn and provides a complicated portrait of race and education in the United States.

For 13 years, filmmakers Michéle Stephenson and Joe Brewster turned their camera on their son Idris and his best friend Seun as the boys navigate attending Dalton, a mostly white, prestigious private school, and form their identities as young black males.

In conjunction with the film’s Feb. 3, 2014 premiere on “POV,” KCPT is encouraging educators, parents and community members to engage around the film and its themes. “POV” is a public television documentary series that features independent films.

“Parents in America are struggling to secure the highest quality education for their children,” said Cynthia López, co-executive producer of “POV,” via email. “Local PBS stations are taking the lead by partnering with parents and community-based and educational institutions to help students in their communities achieve their full potential.”

The public is invited to a free sneak peek screening and dialogue co-sponsored by the The University of Missouri-Kansas City School of Education, its Urban Education Research Center, the UMKC Black Studies Program and KCPT. The event is Thursday, Jan. 30, 2014 from 6-8 p.m. at UMKC.

The event will include film clips, discussion with a panel of local experts and a Q&A portion with attendees. Organizers hope to identify problems and possible solutions addressing the black male achievement gap in the Kansas City community.

“I am hoping this movie, and conversations surrounding it, will generate thoughtful, critical conversations about the factors that facilitate, as well as the factors that inhibit, African American students and, by extension, other groups of students of color from receiving an education that develops their minds, but that doesn’t do so at the expense of their identities as members of a cultural group,” said Michele Foster, the Director of the Urban Education Research Center.

Foster has also been instrumental in building the panel and identifying community goals for the event.

“I am hoping that this event will spark a conversation within the KC community in which we begin to grapple with the notion that it isn’t just social class that keeps KC’s children from getting a decent education, but also the elephant in the room that is uncomfortable for Americans to discuss — race,” Foster said. “I do think that KC people can have this discussion and that it might lead to a productive dialogue to reconfigure, reimagine the schools to make this possible. “

Broadcast students at Paseo Academy of  Fine and Performing Arts are also weighing in on the film’s impact.

After watching the film last Friday, students shared initial reflections and will be writing their own reviews of the film, which will be published on KCPT.org.

“I was amazed how well our students could relate to the two young men in the movie and their journey,” said Justin Robinson, KCPS-TV Coordinator. “The movie caught their attention, kept it and even made a few reconsider how they approach their own education.”

Many students identified with the academic pressure from their parents as well as facing stereotypes.

One student, who moved to Kansas City from another state, said that when he first entered the Kansas City, Mo., school district he was told that he “talked like a white boy.”

Idris is told the same thing by friends on his basketball team, and several instances of overt and implicit racism are captured in the film.

As some of the only black students at Dalton, Idris and Seun’s parents worry about how that environment will respond to them and affect their identities.

Relating to these issues, another Paseo student, who formerly attended the private school Pembroke Hill, questioned whether private schools admit students of color based on achievement or to meet diversity quotas.

To help move community members to take action on the issue in the film, “POV” has created a slew of resources to help people host their own premiere parties and events as part of Black Male Achievement Week Feb. 3-9.