A Church Family, Lost and Then Found 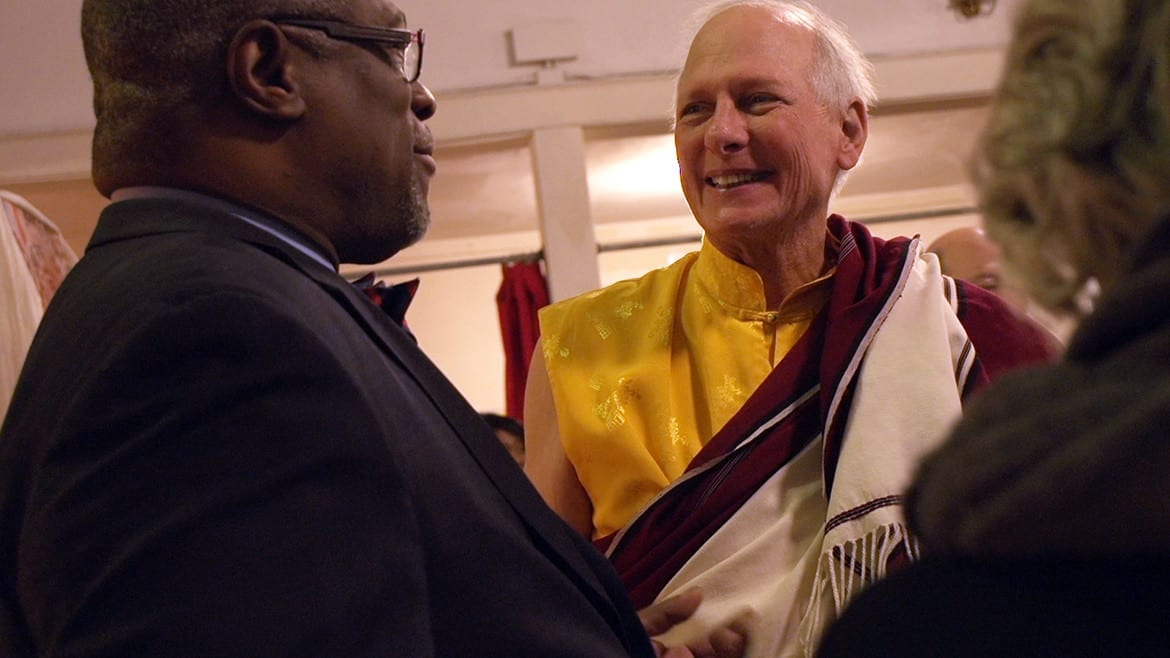 Mayor Sly James and Lama Chuck Stanford connect at Stanford's retirement celebration in December 2015. Kansas City faiths came together that day, as they will today, on the fourth day of SevenDays. (Photo: Flatland)
Share this story

This story is part of our coverage of Kansas City’s SevenDays project, which aims to bring people together to conquer hate and celebrate diversity. The project is led by Mindy Corporon, who lost two family members in the April 2014 shootings at the Jewish Community Center in Overland Park, Kansas. For each of the seven days, Corporon joins us for a video intro to the day’s activities (above), and Flatland is running a daily dispatch from students at the Missouri School of Journalism, inspired by the day’s theme. Journalism student Josh Matejka wrote on today’s theme, “connect.”

Reconciliation. Trust. Acceptance. These are words you’ll hear a lot at Kansas City’s Country Club Congregational United Church of Christ. And for many in the church, those words carry significance beyond Sunday mornings. 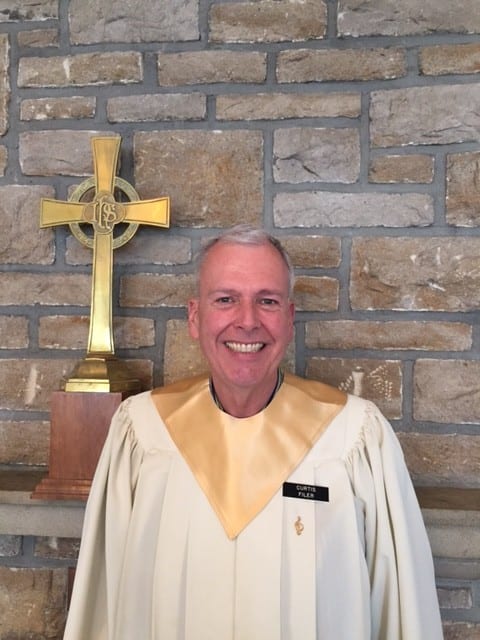 “I had gone through many internal struggles to try to ‘pray the gay away,’” says Curtis Filer, moderator elect at Kansas City’s Country Club Congregational United Church of Christ. (Submitted photo)

Take Curtis Filer. At 66 years old, he’s an active member in the church. He sings in the choir. He’s been on the past two pastoral search committees. And he’s the Moderator Elect of the Congregation. He’s also a former minister in the Community of Christ denomination.

So where do reconciliation, trust and acceptance come into his story?

Much of it has to do with the fact that, at 32 years old, Filer, as he says, “came to understand” himself as a gay man.

“I had gone through many internal struggles to try to ‘pray the gay away,’” Filer says, and laughs. “Of course, that doesn’t work.”

Filer’s journey with religious community is long and storied. He was born and raised in The Reorganized Latter Day Saints – now known as Community of Christ. He was ordained in the church after attending Graceland College in Iowa. He married and had three children. But something always kept eating away at him – that is, until his coming out.

Filer remembers pondering his sexuality in high school, but always pushing it down. Gay people were considered  “evil,” he thought. They were associated with pedophiles and were often institutionalized.

“I was a pre-med student, so I understood what ‘institutionalized’ could mean,” Filer said. “I certainly did not want to be labeled as such.”

Regardless, Filer stayed with Community of Christ. It wasn’t until the 2000s that he moved on to another denomination.

When two gay men wanted to be married, Filer had heard rumors that the church didn’t want its ministers to perform the ceremony. Filer saw it as an opportunity to stand up for equality.

Just 24 hours after the ceremony was finished, Filer received what he called “an emotional blow”: He was no longer licensed as a minister in the Community of Christ.

“It was an emotional blow to just be kicked out,” he said. “I believed it was the right thing. And I still do.”

During those years, Filer was invited to Country Club Congregational by some friends. He attended every now and then, but it wasn’t until his removal from ministry that he decided to leave Community of Christ. And now he’s approaching 10 years at CCC, where he’s a member of the choir and a congregation leader. 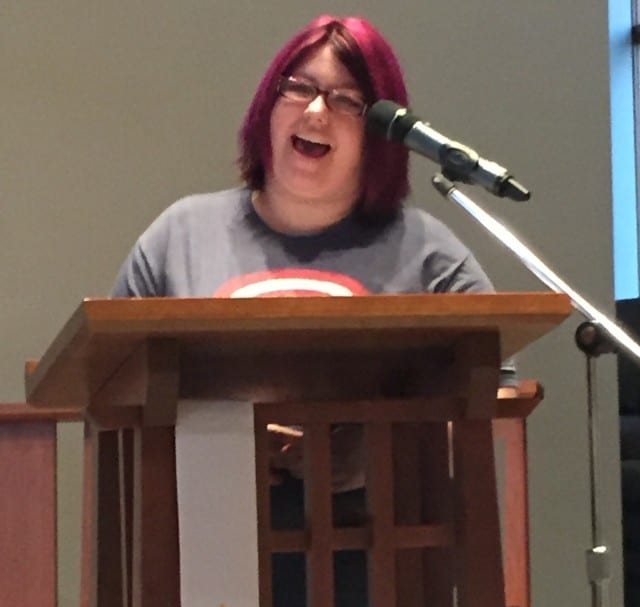 “If you find a community that’s full of love and full of acceptance, it can be life-changing,” says Bethany Meier. (Submitted photo)

Filer’s story isn’t the only one like it at CCC. Associate Minister Bethany Meier also has a complicated past with previous churches. After her mother’s divorce and her own coming out of the closet, she was widely rejected from her conservative church community.

“It was the hardest time in my life,” Meier says. “These are the people I thought were like family to us. Seeing the pain my mom was put through when she no longer had that support system. … She was completely rejected.”

From there, Meier’s affiliation with religion was often a mix of confusion and hurt. She wanted that religious experience and often prayed by herself. But that community of people was lacking.

“I did a lot of exploring, because the God – a God like Santa Claus that keeps track of your rights and wrongs – didn’t make sense to me anymore,” she says.

When she was finally invited to another church, she was thorough. She met with a leader at the church and asked about their approach to the LGBT community. And she even showed up early to the first service she attended, trying to prepare herself for the experience.

“I circled the block three times trying to convince myself it was all right to go inside,” she says.

It was a positive experience: Enough so, that Meier went on to pursue a degree in ministry. That’s where she’s at now as an Associate Minister at CCC and a student in seminary.

“I did a lot of exploring, because the God – a God like Santa Claus that keeps track of your rights and wrongs – didn’t make sense to me anymore.” Bethany Meier, Associate Minister, Country Club Congregational United Church of Christ

Both Filer and Meier recognize the importance of community. After all, they’ve had it and lost it, only to find it again.

“If you find a community that’s full of love and full of acceptance, it can be life-changing,” Meier says. “The two churches I’ve been a part of have become like family to me. They’ve given me ways to grow and places to help other people grow.”

And, according to Filer, community is the place where there’s a shared trust. Support, caring and genuine concern for others all make up a good community. It’s a place where someone can be what Filer believes God has called him to be.