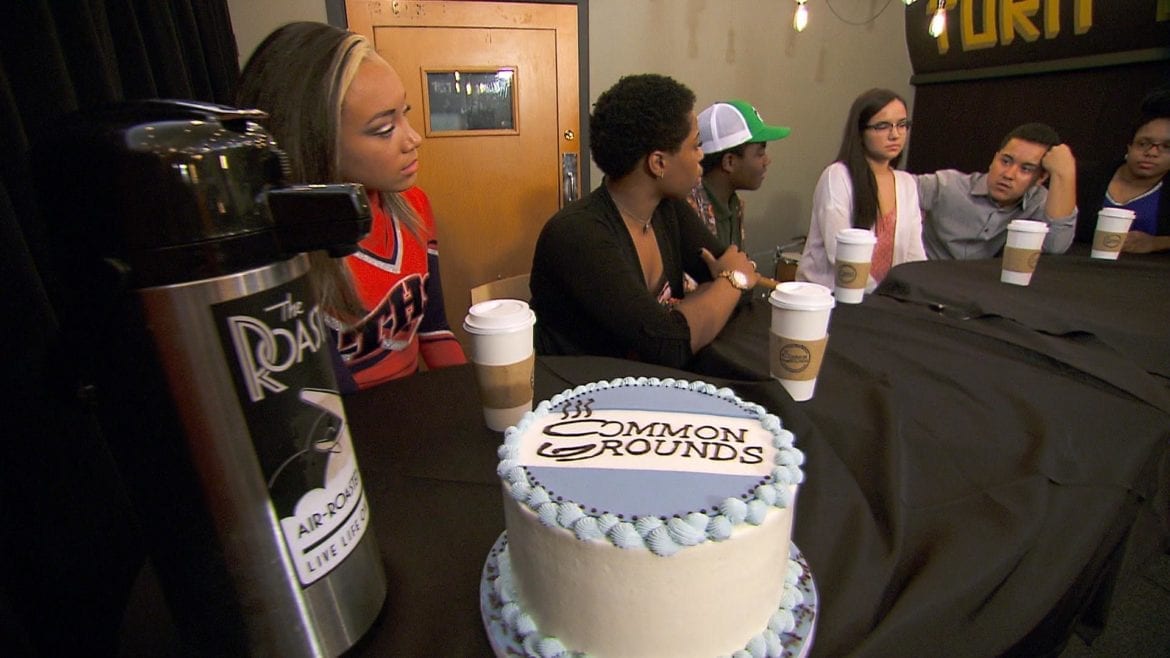 For many first time voters, 2016 is an exciting, but head-scathingly confusing election year.

Daniel Serres, 18, just graduated from Van Horn High School in Independence, Missouri and is voting in his first election. He’s received notice through the mail that he needs to sign up for selective service to the military, and Gillette marked his 18th birthday by sending him a free razor.  But he finds it odd that he’s received no information on how to vote.

“Gillette sure knows how to find me, and apparently the government wants to make sure I’m ready to fight in a war,” he said. “But they don’t care about my vote.”

Serres joins five other teens in the latest installment of KCPT’s Common Grounds coffee conversation series. The regular feature that appears on the primetime Kansas City Week in Review program is capturing the pulse of the community this election season over a “cup of joe.”

“How do voters learn about all the choices they have available to them when the media doesn’t cover anyone but Donald Trump and Hillary Clinton?” she said.

A Washington Post poll released this week shows third party candidates polling at remarkably high numbers in both Kansas and Missouri. Johnson is polling higher in Kansas than almost any state in the nation at 17 percent. In Missouri, he’s polling 14 percent, double the numbers he’s attracting in national surveys.

Our thanks to Kathy Hanis, coordinator of the Greater KC Broadcaster’s Ascertainment for identifying a cross-section of teens to appear at the KCPT studios for this latest Common Grounds segment.  Along with KCPT coffee, our teens were treated to a Common Grounds logo cake courtesy of The Laughing Place Bakery in Gladstone.

“Common Grounds” is a regular video series produced by KCPT in association with Consensus, a nonprofit focused on community engagement. Its purpose is to capture the pulse of our community over coffee. The segments run as part of “Week in Review,” which airs on Fridays at 7:30 p.m. and again on Sundays at 11 a.m. Flatland is also publishing the segments.

A Preview of the Week in News