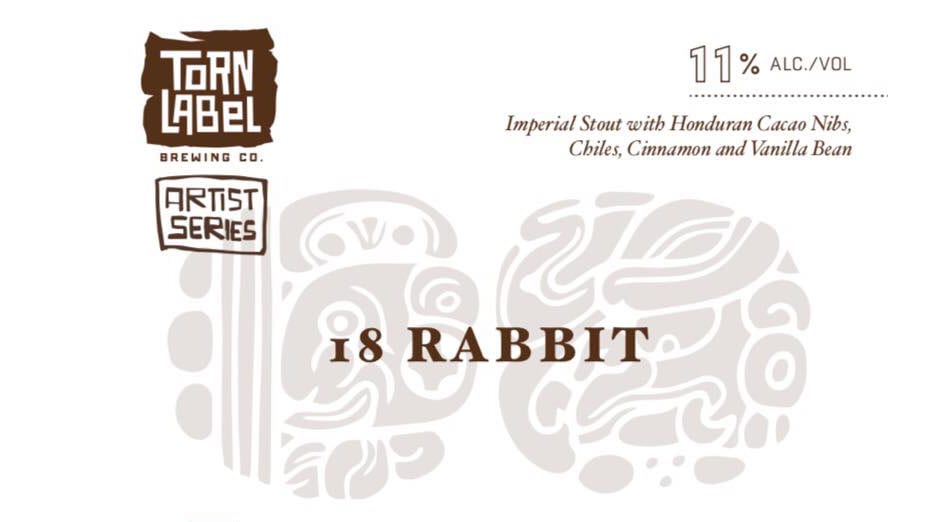 Last year, Kansas City chocolatier Christopher Elbow developed a unique process for roasting cacao beans that distilled the flavor of a place into a chocolate bar. This year, however, in collaboration with Travis Moore, brewmaster at Torn Label Brewing Co., Elbow wants to take you from bean to bar to bottle.

Residing blocks from one another in the Crossroads area, Elbow’s shop and Torn Label partnered on a new beer — 18 Rabbit — a redolent imperial stout (11% ABV) meant to capture the essence of cacao beans grown in Honduras.

“We’re big fans of his bean-to-bar concept,” Torn Label co-founder and brewmaster Travis Moore said. “We wanted to come together to figure out how we [could] tease out the flavor of an origin.”

In 2017, Christopher Elbow released a line of single origin, bean-to-bar chocolates. Beans from Madagascar and the Dominican Republic were roasted in house to bring out the character of two farms virtually half-a-world apart.

Elbow and Moore discussed Honduras and its reputation for cacao beans grown in a region once ruled by the Mayan king 18-Rabbit. Elbow roasted the nibs (shelled, dried beans), which were then added to a malt base with cinnamon, arbol chiles, and vanilla beans.

“With the chiles, I love this combination of flavors for a dessert stout,” Moore said.

This beer is part of Torn Label’s Artists Series, wherein brewers find inspiration from the world around them. Magic Magic, the beer that began as a painting, is how they got started on thinking outside of the bottle. This marks a return for Elbow to the world of beer. He previously collaborated with Boulevard Brewing Co. on several iterations of chocolate ale.

18 Rabbit will be released on Friday, Nov. 16, at the Torn Label taproom (1708 Campbell St.) on draft and in 22-ounce bottles. Elbow will be on hand to talk about the collaboration. The brewery intends to release a very limited number of bottles to retailers outside the taproom.

In Other Torn Label News

At the end of last week, Torn Label pointed out a potential issue with one of its new releases. When the brewery did tests on Fog Machine, its East Crossroads IPA, they noticed that there were higher levels of dissolved oxygen than in the draft beer. As a result, the canned beer can have a “darker, murkier appearance.”

“We never want that to happen, but we’ll do everything we can to make it right,” Moore said.

If you purchased a can and have questions or concerns, e-mail QC@tornlabel.com.

Next up, Torn Label is releasing Young Dankenstein IPA, a rough draft beer in cans. They’ll have a limited supply of the beer in four-packs at their Crossroads taproom starting at 5 p.m. the night of Halloween. They’ll also be holding a Half Ass Halloween Party, where costumes that take less than 10 minutes and cost less than five dollars are encouraged.