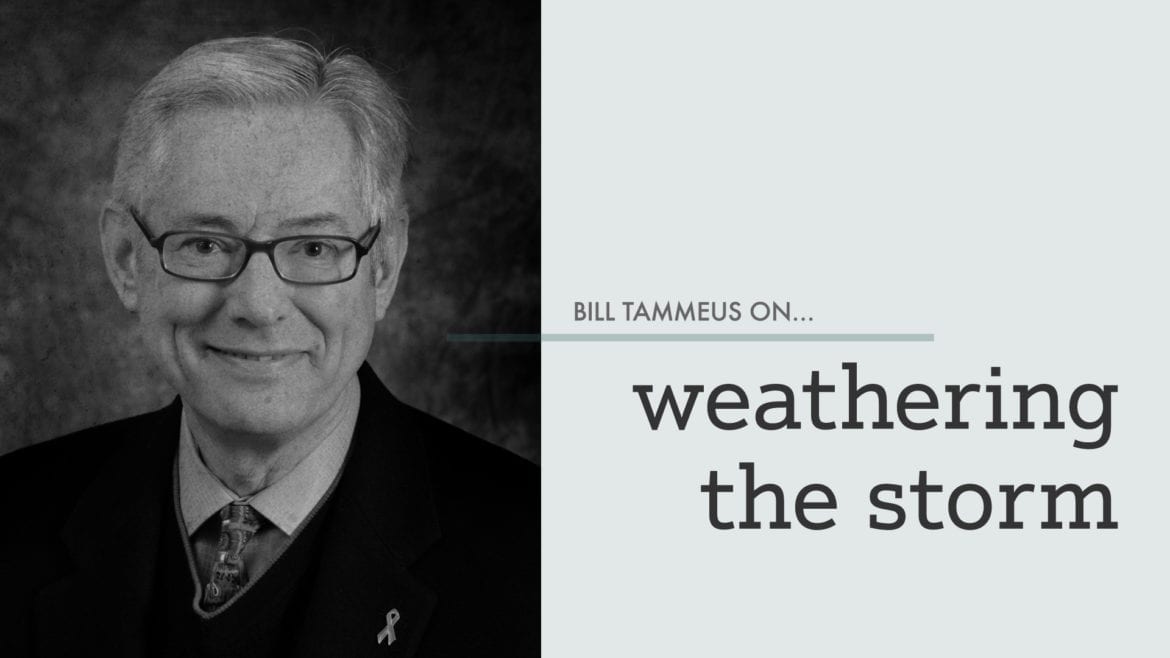 As the world marks the 500th anniversary of the start of the Protestant Reformation in October, lots of Kansas City’s Protestant churches know that today they’re in another major theological upheaval.

This one isn’t as violent (yes, the Protestant Reformation turned viciously violent for decades) as the one in 1517, but it may be as game-changing.

And that should be expected.

As the late religion scholar and author Phyllis Tickle wrote in The Great Emergence, Christianity experiences a major earthquake about every 500 years, tossing off what’s no longer useful and reinventing itself. The one before the Protestant Reformation was the Great Schism of 1054, in which Eastern Orthodoxy and Roman Catholicism split — a divide still not healed.

What churches here and elsewhere don’t yet know is where this current hurricane of change will take them. If they do nothing they likely will die. And they may die anyway, if the social trends run hard against them. A good example is Faith Lutheran Church at 67th and Roe in Prairie Village. My friend Rick Montgomery, a colleague of mine when I was at the Kansas City Star, recently wrote this compelling obit of his former congregation.

That church was called Lutheran, of course, because it was attached to the religious tradition that disaffected Catholic monk Martin Luther inadvertently began on Oct. 31, 1517, by posting on the cathedral door in Wittenberg, Germany, a list of 95 points he wanted the church to discuss.

But whether Lutheran, United Methodist, Presbyterian, American Baptist, Disciples of Christ, United Church of Christ or Episcopal, one declining Mainline Protestant congregation after another — with just a few exceptions — is struggling over how to share a message of hope and redemption in a world jackhammered by change.

What kind of change?

A short list: the internet, smartphones, driverless cars and artificial intelligence; economic turmoil and a presidency in chaos; global terrorism and a resurgence of domestic terrorism that’s often rooted in a version of Christianity gone terribly wrong; a widespread loss of faith in various kinds of institutions, from churches to governments; the U.S. Supreme Court making same-sex marriage legal everywhere; mass incarceration; a growing number of religiously unaffiliated Americans. These and other changes also affect congregations that identify themselves as evangelical, conservative or fundamentalist. Even American Catholicism would be in a membership decline were it not for immigration.

No Christian branch is immune from the hurricane-force winds of change that have pounded religion and other institutions. One reason is that children of Baby Boomers aren’t joiners. They can sniff out hypocrisy easily. And they seem much less interested in religious doctrine than in finding authentic ways of living. They’re also less attracted to a God of vengeance and wrath than to one of compassion and generosity.

Those are conclusion of author, pastor and scholar Brian McLaren, guru of the Emergent Church Movement. McLaren visited Kansas City recently to urge Christians to react to this new reality by demonstrating how to live joyful lives of mercy without worrying obsessively about finer points of doctrine. In fact, he said, doctrine that’s not useful for healing is doctrine misused. 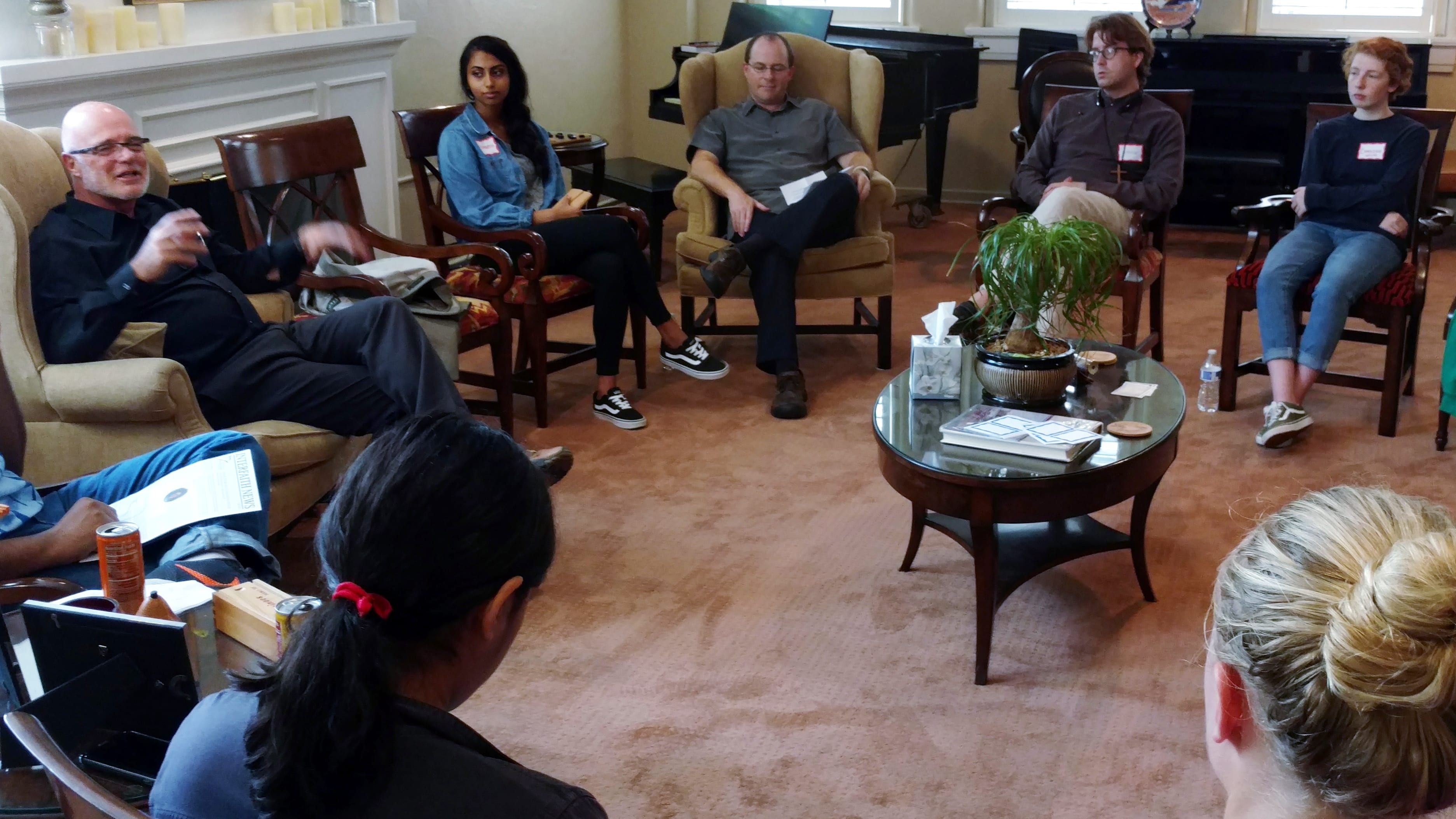 McLaren, who spoke at several events at Second Presbyterian Church, said Christians have always been a people on the move, following what he called a “migrant Messiah.” Faith, he said, “is about movement,” and those who resist movement get left behind.

So faith traditions that cling to a literal reading of scripture (that’s the tradition in which McLaren grew up) lose people who discover that Earth is billions of years old, not thousands, and who question the idea of an angry God willing to assign billions of people to hell.

“The idea of a violent God is too dangerous to put into the hands of a violent people,” he said. So without losing the centrality of sacrificial love, which Jesus demonstrated, Christianity and all faith traditions must become schools of love, McLaren said, “because without love you’ve got nothing.”

In this next Reformation, all of Christianity, not just Protestant churches, is trying to figure out how to offer a wounded, change-dazed world the stability of a gospel of love in a way that can be heard over the din of earbuds, Facebook, nuclear threats, actual hurricanes, sexual revolutions, economic crises, political whoredom, environmental degradation, disillusion with leadership at all levels and continued racial, sexual and religious bigotry. (“Our kind,” McLaren insisted, must include all of humanity.)

The Protestant Reformation that Luther started gave people such freedom from traditional church authority that each person could be, in effect, a religious denomination. With that in mind, think of a reporter from the Weather Channel standing alone in 100 mph hurricane winds. That’s a good image for what decentered post-Reformation Christianity is experiencing today. McLaren and others think it can survive by adapting to reality. Others either aren’t sure or don’t care. And that growing disinterest in institutional religion may be determinative.