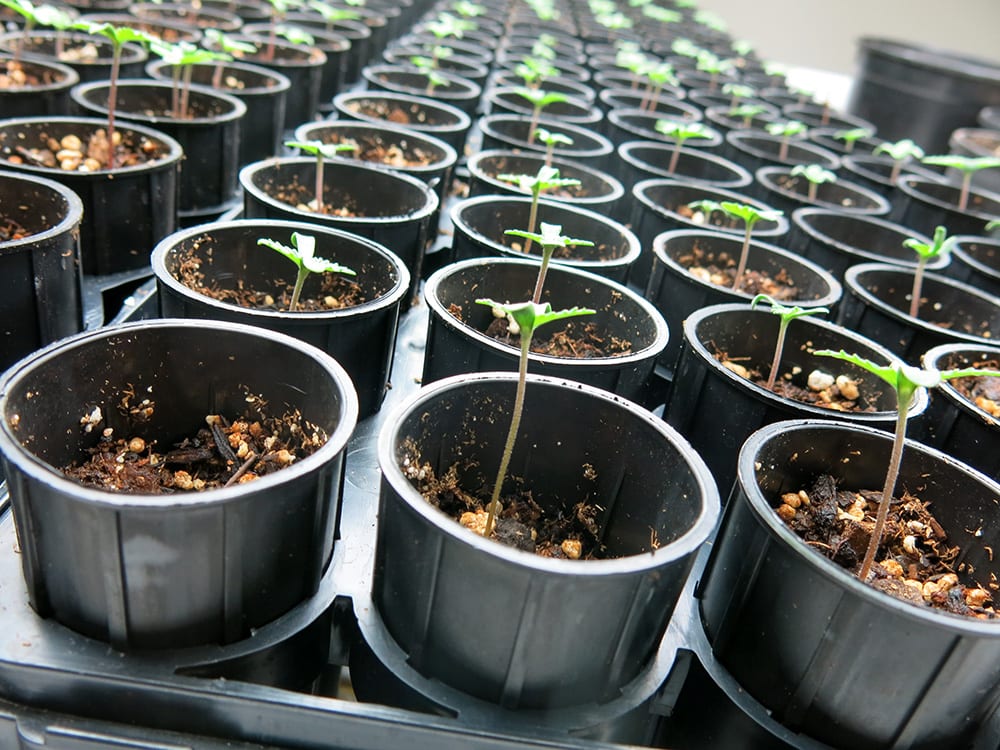 For the first time, a Kansas House committee has approved a bill allowing some form of medical marijuana.

House Bill 2282 was limited in scope to begin with, and Rep. John Wilson, the bill’s sponsor, proposed amendments to further limit it Monday in the hopes of assuaging concerns about opening the state to legal pot abuse.

The effort worked, and Wilson’s bill passed the House Health and Human Services Committee verbally with only a few “nay” votes. Wilson said the somewhat anti-climactic vote was appropriate.

“We don’t celebrate the passage of other medical or patient-focused bills in here, and I think this is just another one of those bills,” he said. “It just happens to deal with a plant that has a history behind it.”

Since introducing the bill last month, Wilson sought to separate it from much broader medical marijuana bills introduced by fellow Democrats in the House and Senate.

He stressed that his bill allows only the use of cannabis too low in THC to provide a “high” and only for the treatment of seizure disorders.

“I’m not a foot soldier in any march toward full-scale legalization, recreational marijuana or anything like that,” Wilson said. “Our bill is structured in such a way that if people want to add any new conditions or any new variety or marijuana or new levels of THC, they’re going to have to come to the Legislature first.”

He said the bill as written could appeal to a unique coalition of libertarian-leaning Republicans or those looking to assert states’ rights, as well as progressive Democrats who think marijuana is a safe alternative to traditional drugs.

There is anecdotal evidence that low-grade cannabis oil can reduce the harmful symptoms for children with disorders that cause them to suffer dozens or even hundreds of seizures a day. The most well-known anecdote involves Charlotte Figi, whose treatment success caused supporters to name the treatment “Charlotte’s Web.” But formal research on the treatment’s risks and rewards has been limited due to the federal government’s classification of marijuana as a Schedule One controlled substance.

Still, in recent years almost half the states have adopted some sort of legal access to cannabis oil.

Wilson’s bill, as amended, stipulates that unless the Legislature says otherwise, the oil in question must be made with marijuana that contains no more than 3 percent THC, a level low enough to have basically no intoxicating effect. It also limits its usage strictly to those with a documented seizure disorder.

Wilson’s amendment scuttled a process to petition KDHE for other THC content and for treatment of other disorders, and eliminated an advisory committee that would have been created to evaluate those petitions.

The bill as previously written drew opposition from law enforcement and addiction treatment groups who said the petition process created a gaping loophole.

Rep. Dick Jones, a Republican from Topeka, said he still believed the amended bill would put Kansas on a slippery slope toward the situation in Colorado, one of the few states to legalize marijuana for recreational as well as medicinal use.

“I think we’re looking at a Pandora’s box here,” he said.

Jones said his personal research had turned up no “definitive statement” from a respected medical institution that medical marijuana is completely safe.

Jones was one of the few “no” votes in committee Monday.

Wilson said that does not mean the bill has an easy road. He said he would work to convince the House leadership to allow a floor vote on it, with a soft deadline for passage looming Friday.

Even if it does come up for a House vote, there’s no guarantee it would pass there.

Rep. Don Hill, a Republican from Emporia, said Monday he was voting for the bill in committee but was undecided on how he would vote if it came to the floor.

Hill said he would prefer to follow the U.S. Food and Drug Administration medication approval process, but he’s sympathetic to parents who don’t think they can wait because of their children’s persistent seizures.

“I’m not yet convinced that we have the evidence that we need to have to be certain of the safety as well as the therapeutic benefit — the risk-to-benefit profile,” said Hill, a retired pharmacist. “But I’m also not satisfied that over the last several years we — the federal government, the pharmaceutical industry and our FDA system — have moved as quickly as I would have hoped.”