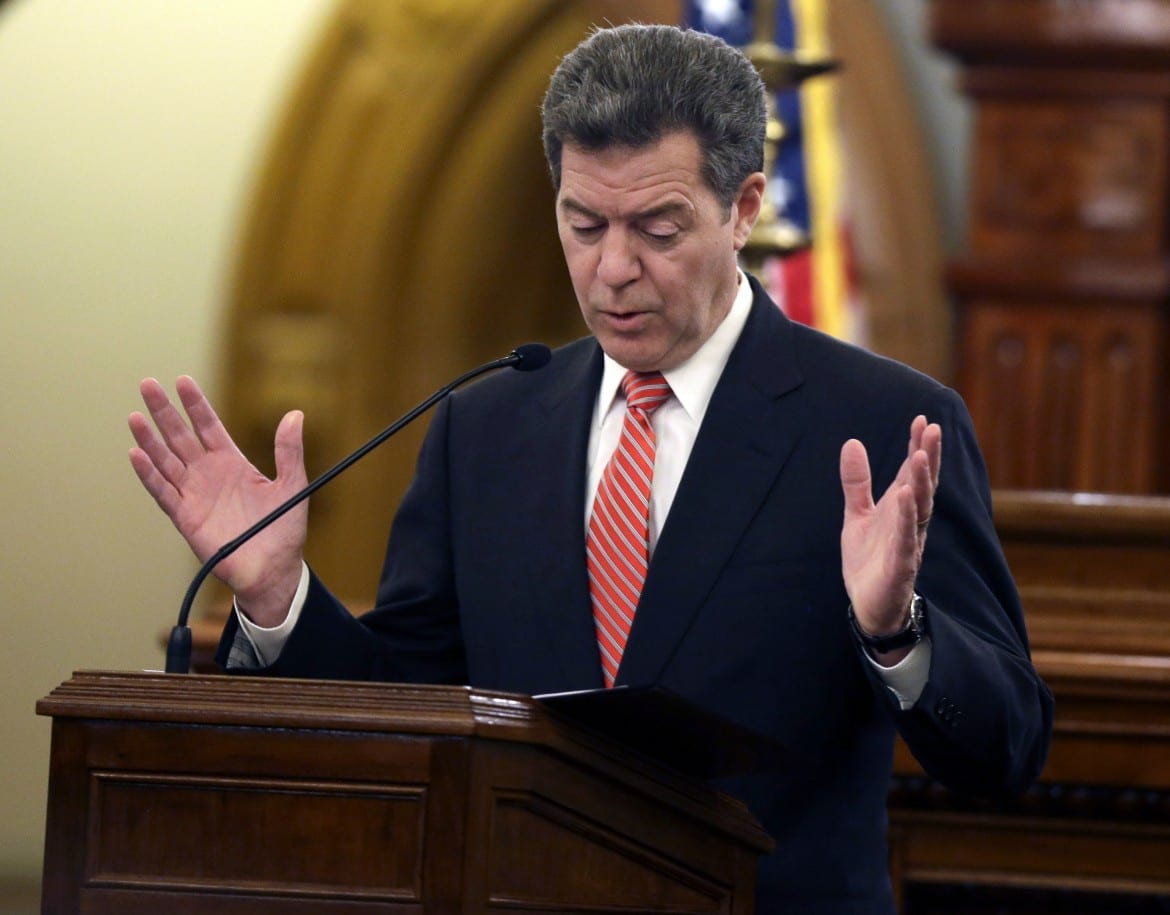 “It is time to make additional changes to both better the care coordination of 400,000-plus members in Medicaid and, second, to further bend down the cost curve in Medicaid,” Sullivan said.

Two years ago the state moved all Medicaid services to managed care under the administration of three private insurance companies — a program called KanCare.

The budget proposed Friday aims to save about $50 million through a series of “policy and contractual changes.”

One is to increase the “privilege fee” levied on the three KanCare companies —known as managed care organizations, or MCOs — from 1 percent to 5.5 percent. Sullivan said that should bring about $8 million to the state general fund. It also will allow the state to draw down federal matching funds and increase the per-member reimbursement for MCOs so they are “held harmless.”

“Right now our error rate on eligibility is over 12 percent, according to an audit that was done two years ago,” he said. “If we lower that error rate to just 2 percent, then it saves $26 million. The national average is 3.3 percent.”

Medicaid is funded jointly by the federal and state governments, but Sullivan said none of the Medicaid changes would require federal approval. Some will require legislative approval, however, including the establishment of a behavioral health drug formulary.

The formulary would allow the state or MCOs to regulate mental health drugs like they do other types of prescriptions, through tools like prior authorization and preferred drug lists.

Advocates have said for years that such a plan would foster safer, more appropriate use of anti-psychotic medications, but the mental health community has resisted, saying that delays in the dispensing of mental health medications can be deadly.

“Unfortunately we’ve been having a really hard time getting anyone to talk to us about what specific language might help with these safety situations that they’re concerned about,” she said. “We think there is so much room for cooperating on smart prescribing policy. We’re a little perplexed at this drive toward revoking the statute.”

The Medicaid changes are intended to slow costs that Sullivan said have climbed by $182 million on the state side alone in the last three years.

Sen. Jim Denning, a Republican from Overland Park, laid blame for the cost increases at the feet of the federal government. The federal Affordable Care Act levied a provider tax on the state for each of the three MCOs.

“When you look at these documents, you think Medicaid is out of control again,” said Denning, an administrator at Discover Vision. “It probably is, but it’s not from medical or surgical (costs) or new (members) getting on. It’s federal taxes that are driving it now.”

Sullivan said during his budget presentation that the state is also using extra Medicaid drug rebate money to close the current budget gap. He noted that some of that excess came from the ACA’s expansion of the drug rebate program but “a larger part” is from “improved utilization” of the rebate program by the MCOs.

Prior to the ACA, managed care companies were not permitted to participate in the drug rebate program.

Other new revenue streams for the general fund proposed Friday include tying future income tax cuts to economic growth rather than making them automatic and approving sizable increases in the state’s tobacco and alcohol taxes.

Under Brownback’s plan, the tobacco tax would almost triple, from 79 cents to $2.29 per pack, and the alcohol enforcement tax would increase from 8 percent to 12 percent. The increases are expected to bring in about $110 million annually.

Sullivan said it had been decades since either tax had been raised. He also said the increases were consistent with the governor’s philosophy of taxing consumption rather than income.

Sen. Jeff Melcher, a Republican from Leawood, said he would prefer to see the budget office seek more revenue by ending sales and property tax exemptions, including the state’s deep discount on farmland property tax.

“I don’t know why we didn’t have a proposal to correct some of the people not paying into the system now rather than going into two areas that are already heavily taxed,” Melcher said.

Melcher said many of his constituents already travel to lower-tax Missouri for their alcohol and cigarettes.

Sen. Laura Kelly, a Democrat from Topeka, said she could sympathize with border counties likely to lose more business. But she said the tobacco tax makes sense from a public health standpoint.

In the broader budget picture, Kelly said the cigarette and alcohol taxes won’t be a sufficient long-term fix. The income tax plan needs to be further explored, she said.

“I’ve got a lot of reading to do this weekend,” she said.