Kansas Democratic Gov. Laura Kelly wants to use billions in surplus cash to cut taxes. But Republican leaders appear reluctant to go along in an election year.

Republicans, who control the Legislature, are normally all-in when it comes to tax cuts. Not so much when it comes to Kelly’s proposals. Giving her any big wins, they fear, could improve her chances of fending off a challenge from Republican Attorney General Derek Schmidt, their likely nominee for governor.

When Kelly announced her tax rebate plan, Kansas Senate President Ty Masterson, an Andover Republican, said he appreciated her “election-year revelation that Kansans are taxed too much” but preferred “permanent solutions.”

The fact that many Republicans have supported previous attempts to lower the sales tax may make it trickier for them to oppose the governor’s grocery tax proposal.

“I’m hoping that they’re being sincere and that they will work with me,” the governor said in an interview with the Kansas News Service.

Yet the cost of the proposal could prove problematic. Stopping the collection of the state’s 6.5% sales tax on groceries would mean about $500 million a year less in government revenue.

Kelly has said the state can cover the loss with its growing surplus, which could top $3 billion by the end of the budget year. Republicans argue that state government surplus is propped up by federal pandemic relief tax dollars — money that won’t last.

Masterson compared the situation to the federal stimulus money that flowed into the state following the Great Recession in 2008.

“We had some significant revenues that came through that process,” Masterson said. “But … when the federal dollars ended, so did the fun and games.”

Masterson and other Republicans say now is the time to impose additional spending controls on state government. Among other things, Masterson favors amending the Kansas Constitution to require a two-thirds vote of the Legislature to raise taxes.

It takes a two-thirds vote of the Legislature to place a proposed constitutional change on the ballot for Kansas voters to consider.

Constitutional resolutions don’t require the governor’s signature. Even so, Kelly said she’ll work to stop the proposed change if lawmakers appear close to getting on the ballot.

Several states that have adopted similar restrictions have struggled to fund government programs and respond to emergencies, Kelly said.

Election-year tensions could also complicate the job of redrawing state legislative and congressional districts to reflect population shifts. The biggest fight will likely be over how to reconfigure the Kansas City area district now represented by U.S. Rep. Sharice Davids, the lone Democrat in the state’s congressional delegation.

And sparks could fly over Republican efforts to use the controversy over critical race theory to debate how public schools can teach history.

Charging that students are being exposed to radical theories on race, gender and social justice, Masterson said, “it’s important that parents know what their children are being taught.”

Kansas education officials have said repeatedly that critical race theory — a college-level curriculum — isn’t being taught in the state’s public schools. But they insist that slavery and racism are key to understanding American history.

At a legislative hearing in December, Ann Mah, a Democrat on the Kansas State Board of Education, urged members of the committee to “stop calling everything under the sun critical race theory.”

Some issues could find Republicans and Democrats working together to resolve long-standing disputes.

A Senate committee has scheduled briefings this week on bills to legalize medical marijuana and sports gaming.

On sports wagering, lawmakers appear closer to resolving disputes over how to tax the proceeds and whether state-owned and Indian casinos or the Kansas Lottery should handle the betting.

Thirty-six states allow medical marijuana. After debating the issue for years, Kansas lawmakers may be ready to follow suit.

“It’s possible,” Masterson said, provided lawmakers can work out a way to restrict distribution to only those with “legitimate medical needs.”

That could mean tougher rules than most states. For instance, a proposal that appeared to be gaining consensus among lawmakers last year would make it hard for people to shop for a doctor willing to prescribe the drug.

Jim McLean is a political correspondent for the Kansas News Service, a collaboration of KCUR, Kansas Public Radio, KMUW and High Plains Public Radio focused on health, the social determinants of health and their connection to public policy. 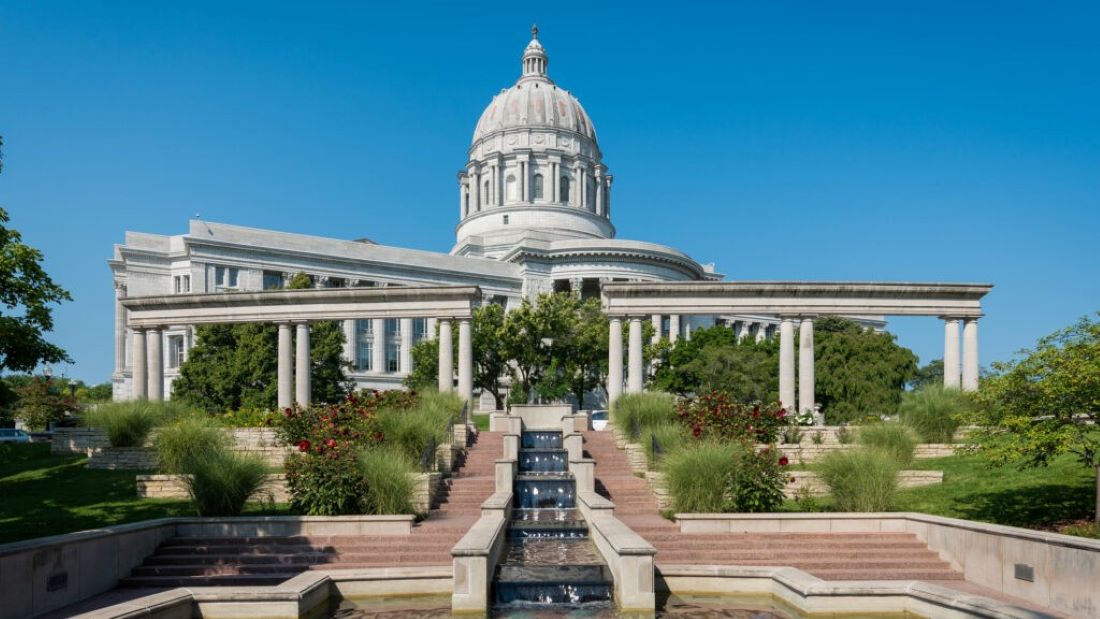 Missouri Legislature Set to Convene with Packed Agenda — and Continued GOP Infighting Missouri lawmakers will return to the Capitol at noon on Wednesday faced with a lengthy to-do list and still simmering dysfunction.

On the Ballot Aug. 2